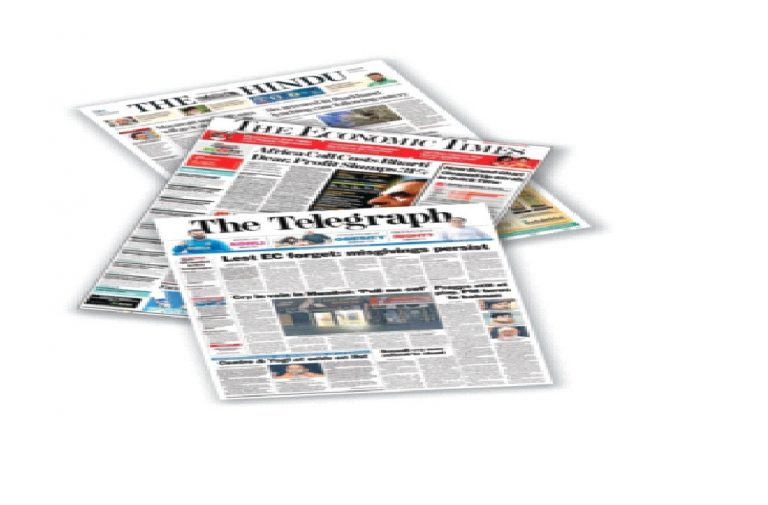 Message for the Medium

Four of the country’s leading English newspaper chains are feeling the effects of writing anything critical of the Modi regime: All four have seen a cessation in government advertisements. The move, as reported by Reuters, says the publications involved are The Times of India and The Economic Times from the Bennet Coleman stable, the Kolkata-based The Telegraph and the Chennai-based The Hindu. It’s a classic ploy employed by authoritarian governments that are over-sensitive to criticism. That the media has been under pressure—senior editors have lost their jobs in the post-2014 era—is no secret, but many big newspaper groups like that of The Times of India and The Economic Times attract a substantial amount of government advertising. Newspaper executives from the group who obviously did not want to be named, confirmed a freeze on government advertising. In the case of the Bennet Coleman group, this could amount to 15 percent of all advertising, which is a major loss of revenue.

In the case of The Times of India and The Economic Times, they have largely been neutral and objective but some of their stories have been rightly critical of the government. The Hindu faced a freeze after its editor-in-chief’s devastating series on the Rafale deal. The ABP Group, which publishes The Telegraph, has been the most overtly critical and is paying the price with a freeze on official ads, mostly adverts for government schemes.

When Congress leader Kapil Sibal decided to launch a TV channel, he called it Tiranga TV and the logo was in saffron and green. Being an opposition-owned channel with anchors like Barkha Dutt and Karan Thapar, the government saw red. The broadcaster had already approached The Telecom Disputes Settlement and Appellate Tribunal (TDSAT) to direct the Ministry of Information and Broadcasting to take on record its request for changing the name and logo of its news channel from Harvest TV (its original registered name) to Tiranga TV. TDSAT has now responded, allowing Sibal’s holding company, Veecon Media & Broadcasting, to use the name and logo of Tiranga TV but without the colours saffron and green. Veecon had contended that there is no requirement to seek approval from the I&B ministry for change of name and logo of TV channels for cases where there is no change in directorship and shareholding. The TDSAT order, however, noted that the law does not prohibit use of the name “Tiranga” and that the three colours, saffron, white and green, in that order, are associated by Indians with the colours of the Indian national flag but use of these colours by itself is not prohibited by the Schedule under the Act of 1950. The bench mentioned that combination of the word “Tiranga” and colours of the national flag do conjure an image of the flag and the similarities created by such a logo can be treated as a colourable imitation of the flag. “Therefore, the impugned decision so far as it refuses permission to the petitioner to use its first choice or option cannot be faulted,” it said in the order. Sibal, being a leading advocate, is certain to try and ensure through the legal process that he continues to fly the flag.

Such viewership numbers were what broadcasting executives would dream about in their sleep. Now, they are waking up to it every day, and it could only involve one subject—cricket. Thanks to the ongoing ICC Cricket World Cup 2019, Star TV, the official broadcasters, are seeing record viewership—367 million viewers, as per BARC data so far—even when India did not feature. Television viewership delivered a phenomenal 182.7 million average impressions in the first two weeks.

Naturally, ad rates are also creating new records, along with the ones being set in the field. For brands that are buying slots for all the 48 matches, the rates vary between Rs 8 lakh and Rs 10 lakh for a 10-second spot, going up to Rs 15-18 lakh, if a brand only wants to advertise in a particular match. For the India-Pak­istan match, ad rates hit a new record of Rs 20 lakh for 10 seconds.

Television advertisement rates for World Cup 2019 have jumped to their highest, beating what Star India charged for the Indian Premier League. Much also has to do with timing for Indian viewers. During the last World Cup held in Australia, matches were starting at 3.30 am Indian Standard Time (IST). This time, in England and Wales, the matches start at 3 pm (IST) and reach the most exciting phase during television prime time. Original estimates said that Star TV was likely to generate between Rs 1,200 crore and Rs 1,500 crore through TV ads and another Rs 300 crore on Hotstar. Now, with India having reached the semi-finals, that estimate could easily go higher.