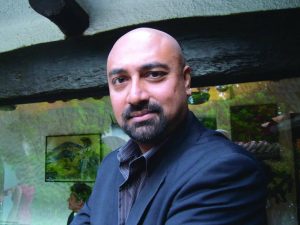 The casualty rate of editors at Hindustan Times seems to be unusually high compared to other national dailies. Barely 14 months after he took over from Sanjoy Narayan as editor-in- chief, Aparisim “Bobby” Ghosh has put in his papers. His arrival at Hindustan Times from Quartz in America coincided with the departure of South African Nik Dawes, chief editorial and content officer. An email sent by HT chairperson Shobhana Bhartia to staffers merely said that Ghosh was moving to New York for “personal reasons”. The fact is that his resignation was sudden and abrupt and came as a surprise to HT senior staff, many of whom expressed shock at the turn of events. The buzz is that there was pressure from the government. Ghosh had launched a webpage called Hate Tracker, which recorded “acts of violence, threats of violence, and incitements to violence based on religion, caste, race, ethnicity, region of origin, gender identity and sexual orientation.” A majority of the victims were the target of right wing groups affiliated to the BJP. 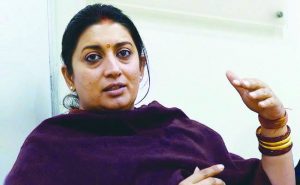 Whether I&B minister Smriti Irani is aware of it or not, her ministry has been putting out false and misleading information quite merrily, in a reflection of George Orwell’s Newspeak. The Press Information Bureau, which comes under the ministry, recently put out a press release which claimed that “Nothing has revolutionized accountability, transparency and the response time of the government departments than the Centralized Public Grievance Redress and Monitoring System (CPGRAMS), brought in by the Narendra Modi government.” Here’s the fact. The web-based system was designed and started implementation in all ministries and departments of the government of India in 2007! The scheme was the brainchild of the UPA-1 government. What the Modi government did was to launch a mobile app connected to CPGRAMS and make some technical advancements, but in an age of fake news, such minor transgressions seem quite commonplace. 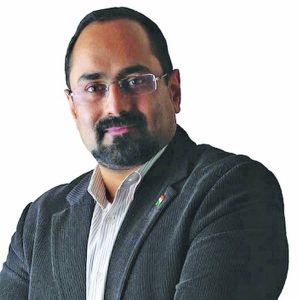 What is it about politicians linked to media outfits not making it to the big league? Well, two of them who thought they would be rewarded in the recent cabinet reshuffle found themselves out in the cold. In Assam, deputy CM, Himanta Biswa Sarma who is linked through his wife to the News Live network was ignored by the Modi-Shah duo. Biswa, who quit the Congress to join the BJP in 2016, is credited for securing a victory for the saffron party in Assam and speculation was rife about his induction in Team Modi. Down south, Rajeev Chandrasekhar (in picture), the promoter of Republic TV and the BJP’s man in Kerala, had been telling friends that a cabinet berth was virtually confirmed. According to BJP insiders, both were considered but their media interests went against them.

The Times Now headquarters is moving lock, stock and OB vans from Mumbai to Delhi. Apparently, India’s commercial capital was a favourite with Arnab Goswami who loved to sabre rattle with Delhi-based politicians and “Lutyens’ Delhi liberals” sitting in the comfort of his studio in Lower Parel. But come December 15 and Times Now will be headquartered in Noida. The formal announcement was communicated to the staff last week.

Apparently, both editor Rahul Shivshankar (yes, the A.Rnab clone) and his deputy Navika Kumar prefer Delhi to Mumbai. So, 70 per cent of the staff will begin packing their bags for the northward shift.

However, the move will involve massive operational costs of shifting its employees, besides reorganising its infrastructural set-up. Many staffers are also Mumbaikars and a move to Delhi represents a major upheaval but sources say people who will face problems during the shift will be compensated. Some may move to the sister channels that will continue to operate from Mumbai (ET Now, Mirror Now, Zoom).

One only hopes the new address will bring down noise levels on prime time although the shouting might continue so that Arnab Goswami and the nation can know and hear.