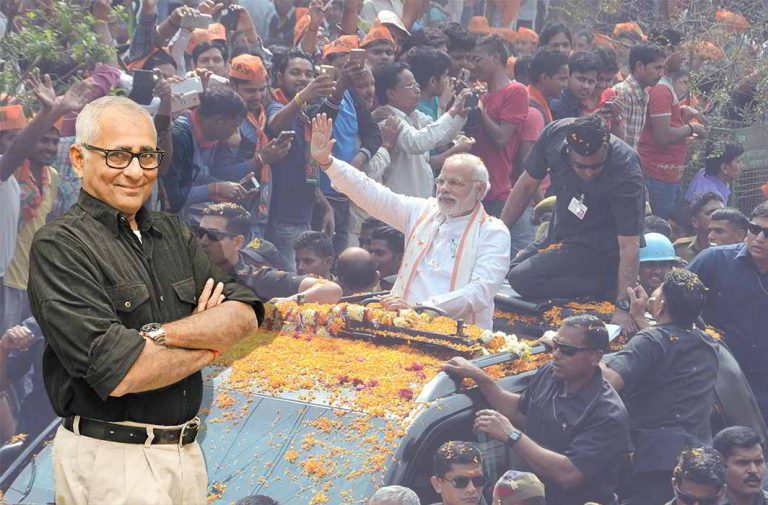 Even though I travelled extensively in several parts of UP’s bellwether constituencies during the state elections, I got it mostly wrong because I was trying to predict the outcome through traditional realpolitik equations and missed out on factoring into this puzzle Modi’s uncanny mastery of freakopolitics.

Actually, the answer was blowing in the wind. Modi had trumped caste and alliance hands with the aces of slow-burn Hindutva and class politics.

It started with the Muzaffarnagar communal schism. All it needed were booster shots like “love jehad”, “ghar-wapsi”, beef-bans, the identification of campus agitations with Islamic jehad, campaign references to kabristan (Muslim graveyards) and Kasab and the soft revival of the Babri-Ram Mandir issue.

This combustible mixture, however, still needed a catalyst for it to explode into votes. Demonetisation was Modi’s magic matchstick. Most analysts saw it as a huge economic gaffe which would doom Modi.

But it was not the economy, stupid! It was politics. Hindutva had now found a rallying point in class warfare—Modi, the Robin Hood, a decisive giant socking it to the rich and corrupt. The poor suffered in bank queues, many lost their livelihoods. But like worker bees carrying news of honey-finds back to their colonies, RSS pracharaks fanned out into villages spreading the word—mostly among the poor—that the suffering would be worth the wait. Modi had finally expropriated the rich black money hoaders and would soon pour their ill-gotten gains into the empty coffers of the dispossessed.

Added to that was the message that notebandi had crippled the finances of those supporting Islamist terrorism, the same forces who were the backbone of the opposing alliance and the BSP. Mayawati’s blatant appeal to the minority vote by announcing the names of 100 Muslim candidates was like a red rag to the Hindu bull. For Modi’s opposition to proclaim this as a battle for secularism was a non-starter because the counter-argument of “appeasement” held greater sway, given the current environment. To attack demonetisation was tantamount to supporting anti-nationals, pro-jehadis, and the rich moneychangers.  Above all, it amounted to depriving the poor of the promised dividends that were surely coming into their accounts. And they still believe this.  So the hundreds of deaths in queues and the suicides did not matter.  A lot of the peasantry, cutting across caste lines, (Mayawati’s and Akhilesh’s) believes that Messiah Modi’s benefits of demonetisation will now materialise (this observation is evidence-based) and voting him out would deny them the fruits of their sacrifice.

The opposition really had nothing to offer. In hindsight, it was not even a contest. Rahul Gandhi was already a two-time loser. Akhilesh’s youthful charisma could not overcome years of “goonda raj” and mal-administration. Mayawati hardly even mounted a visible campaign.

As a senior political analyst told me: “Yes, demonetisation was a brilliant political move by a master politician, the shrewdest and most authoritarian we’ve had since Indira Gandhi. But wait. Enoch Powell, who was an intellectual despite his race prejudice, said: ‘All political careers, unless interrupted, end in failure.  For such is the nature of politics, and of human affairs.’”

He also says that many journalists often go overboard about the consequences of Hindutva: “There might be no more motivation for really bad stuff, nothing to gain from it, for quite some time now. You must have seen wildlife movies with scenes of gazelles grazing under the nose of a lion who, having a full belly, posed no threat for the time being. Remember, there was no repetition of 2002 in Gujarat, and reflect on why. On the other hand Hindutva isn’t always a matter of rational politics, so you can’t tell.  But then there are plenty of people in the BJP who are pretty much like the old school Republican establishment; they won’t go away.”

—Inderjit Badhwar is Editor-in-Chief, India Legal. He can be reached at       editor@indialegallive.com