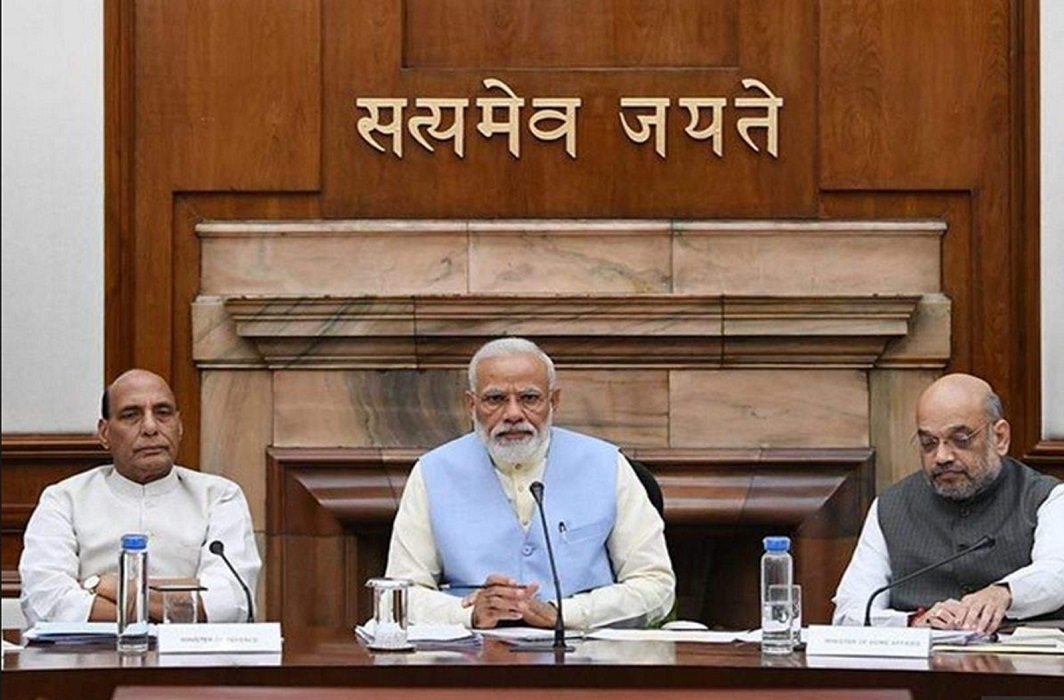 The BJP’s top three leaders took 1-2-3 positions on Wednesday as it announced its parliamentary party executive committee with the prime minister Narendra Modi as its leader in ther Lok sabha with Defence Minister Rajnath Singh as the Deputy leader while Amit Shah fills in as national president.

In the Rajya Sabha, Union Minister Thaawar Chanbd Gehlot has been appointed as leaders of the house and his cabinet colleague Piyush Goel is the Deputy Leader. Gehlot replaced  former Arun jaitley who had opted to stay out pof the elctions in view of his healthg. Smriti Irani’s induction in the BJP’s parliamentary party EC is a promotion for her shows and a recognitijon as the giant killer, having defeated Congress president Rahul Gandhi from the Amethi parliamentary constituency.

Sanjay Jaiswal is the party’s chief whip. It also the first time appointed three women MPs as its whips, specifically for women parliamentarians. Besides these three women whips, 15 other whips for the Lok sabha have also been appointed for parliamentarians from different states, where its strength has increased to 303.

BJP General Secretary Kailash Vijayvargiya has been reappointed as in-charge of the party’s parliamentary office and Balasubrahmanyam Kumarsu as secretary.

The newly constituted BJP EC marks generational shift in the party as perhaps for the first time L K Advani and Murli Manohar Joshi are not part of it, as both are not MPs. Besides them, Jaitley and Sushma Swaraj are also not its members.

The first meeting of the executive will be held on June 16 at 3:30 pm, a day before the commencement of the session. The government has also called an all-party meeting on the same day in the morning which will be chaired by Narendra Modi. 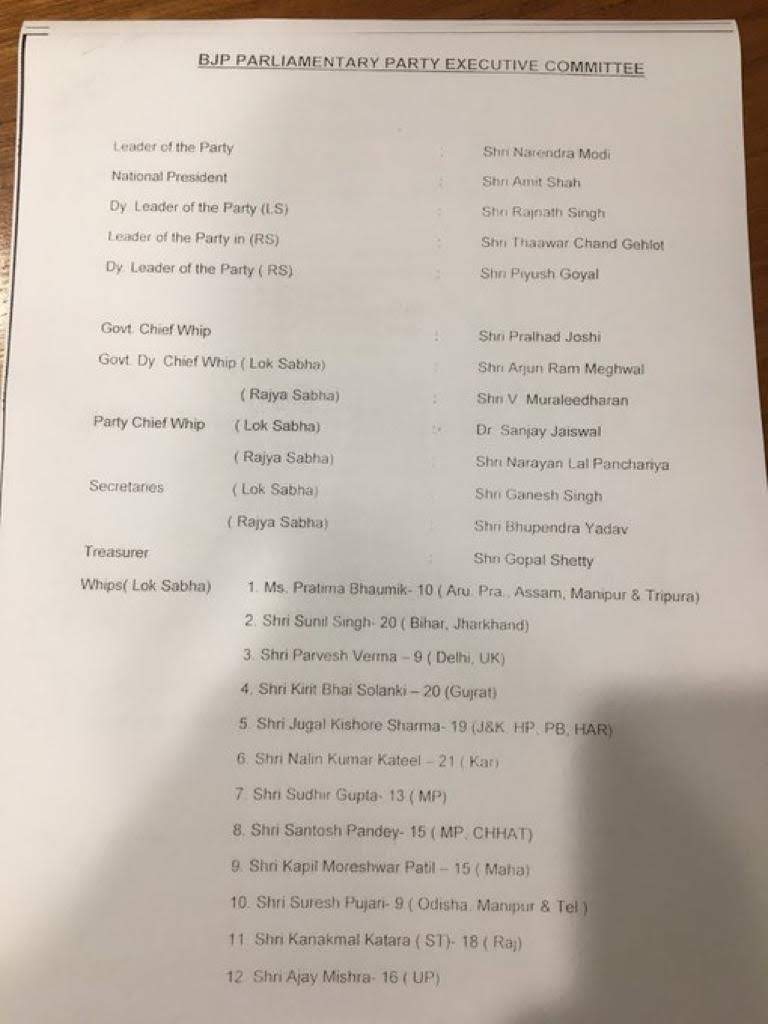 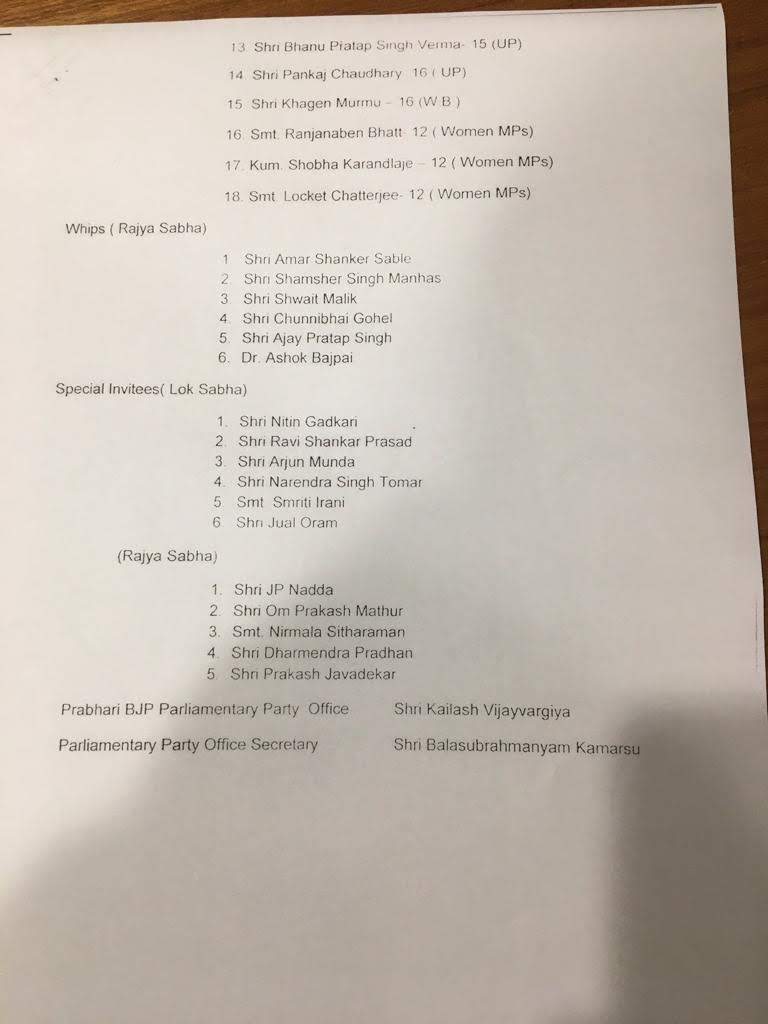