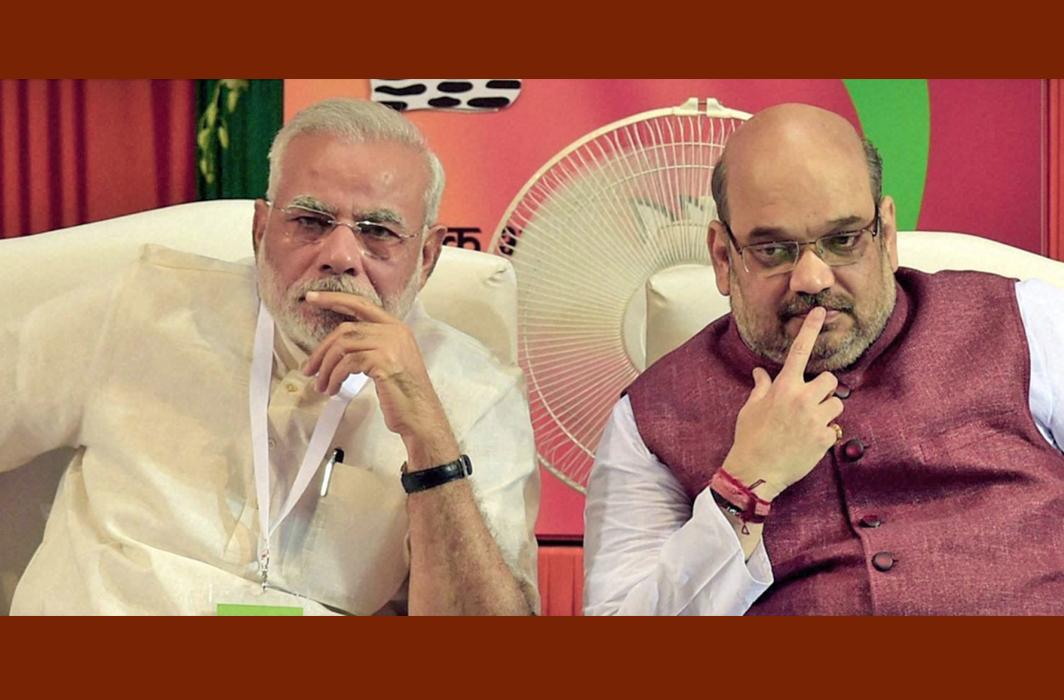 Above: While taking decisions on cabinet rejig, Modi and Amit Shah will have to keep in mind the BJP’s strategy for the 2019 LS polls and assembly elections due over the next year

A slew of resignations tendered in by Union ministers like Uma Bharti, Rajiv Pratap Rudy, Faggan Singh Kulaste, Mahendra Pandey and Radha Mohan Singh over the past 24 hours, has put in top gear Prime Minister Narendra Modi’s plan of effecting a mammoth cabinet reshuffle that is likely to take place on the weekend.

The cabinet reshuffle, sources say, “will not be a cosmetic exercise meant purely to fill the many vacant positions in Modi’s council of ministers”. Instead, as a senior BJP leader pointed out, it will be extensive, “with an emphasis on performance and also keeping in mind the party’s strategy for nearly a dozen elections to state assemblies that are due over the next year in the run up to the all important Lok Sabha polls in 2019.”

Clear pointers to the cabinet reshuffle had begun emerging on Thursday with Union finance minister Arun Jaitley indicating at a press briefing that he may not hold the additional charge of the defence portfolio for very long. This was followed late on Thursday evening by a slew of Union ministers who offered their resignations. These ministers include Uma Bharti (minister for water resources and Ganga rejuvenation—citing her health problems), Rajiv Pratap Rudy (skill development), Radha Mohan Singh (agriculture), Faggan Singh Kulaste (health), among others.

The prime minister is also expected to make some changes among the important ‘top five’ cabinet posts—although Sushma Swaraj and Rajnath Singh, as external affairs and home ministers respectively, are not likely to see a change in their roles, finance minister Arun Jaitley is likely to shed his additional portfolio of defence—a charge that he was burdened with after Manohar Parrikar quit the post to become chief minister of Goa. Similarly, railway minister Suresh Prabhu, who had offered to resign last week after two major rail derailments—of the Utkal Express and then the Kaifiyat Express— happened within days of each other, is likely to be moved to the environment portfolio—a charge he had earlier held in the Atal Bihari Vajpayee cabinet.

Sources say the list of top gainers in the cabinet rejig could include road, surface transport and shipping minister Nitin Gadkari, who is likely to be moved up as the railway minister in place of Prabhu, and textile minister Smriti Irani, who is likely to lose her textile portfolio and take over I&B full time as a cabinet minister. This could, once again, boost the position of Irani, after her unceremonious removal from the HRD ministry.

There is also a buzz that Modi might even carve a mammoth transport and mobility portfolio— which could include road and surface transport, shipping as well as railways—and install Gadkari as its minister.

With elections to states like Himachal Pradesh, Gujarat, Madhya Pradesh, Rajasthan and Karnataka due over the next 14 months, Modi and BJP national president Amit Shah are also likely to make some inductions from these states while a few ministers from these states may be relieved from their central duties to focus on their home states.

There is a buzz that Modi might relieve health minister JP Nadda from his cabinet role and ask him to focus on the upcoming Himachal Pradesh elections—where he could be projected as the party’s chief ministerial candidate to take on Congress’ Virbhadra Singh. Former Himachal Pradesh chief minister Prem Kumar Dhumal or his son Anurag Thakur could be inducted into the council of ministers to represent Himachal. The name of Himachal BJP leader Satpal Singh is also doing the rounds for a minister of state berth. Similarly, BJP leaders Suresh Angadi and Prahlad Joshi (from Karnataka) and Prahlad Patel (from MP) may be inducted into Team Modi while commerce minister Nirmala Sitharaman could be eased out of the cabinet to return to her earlier avatar of BJP spokesperson, albeit with an elevated profile.

Given the BJP’s recent alliance with the Nitish Kumar faction of Janata Dal (United) in Bihar, the cabinet expansion is also set to see induction of at least two ministers of state from the JD(U), while there is also talk of taking in a cabinet minister from the party. Sources said names of JD(U) leaders RCP Singh, Santosh Kushwaha, KC Tyagi and Rajiv ‘Lallan’ Singh are doing the rounds for possible induction into Modi’s council of ministers.

There was some speculation earlier that, in a bid to expand the already massive NDA coalition, Modi and Shah could formalise a pact with Sharad Pawar’s NCP and the AIADMK—and members from both these parties could also be inducted. However, while Pawar seems undecided on dumping his alliance with the Congress in favour of the BJP for now, the factional feuds within the AIADMK in Tamil Nadu have forced the BJP to put the plan of inducting a member of the party as a central minister on hold.

The Union council of ministers currently has 72 ministers—24 cabinet rank, 12 MoS (independent charge) and 36 MoS. The total number of ministers in the council cannot exceed 81. This means Modi can add nine more ministers for now while replacing as many existing ministers with new ones as he likes. However, while he is expected to fill several vacant seats, the prime minister is likely to keep some slots vacant in case inductions from the AIADMK and NCP have to be made in the near future.

Sources said Modi could also ease out a few veterans, like Kalraj Mishra, who have exceeded the party’s age-bar of 75 years for ministerial roles and move them to gubernatorial roles as several posts of Governors are also likely to be filled in the coming months. Similarly, some ministers of state with independent charge—like Dr Jitendra Singh and Prakash Javadekar—may also be elevated to a cabinet rank.