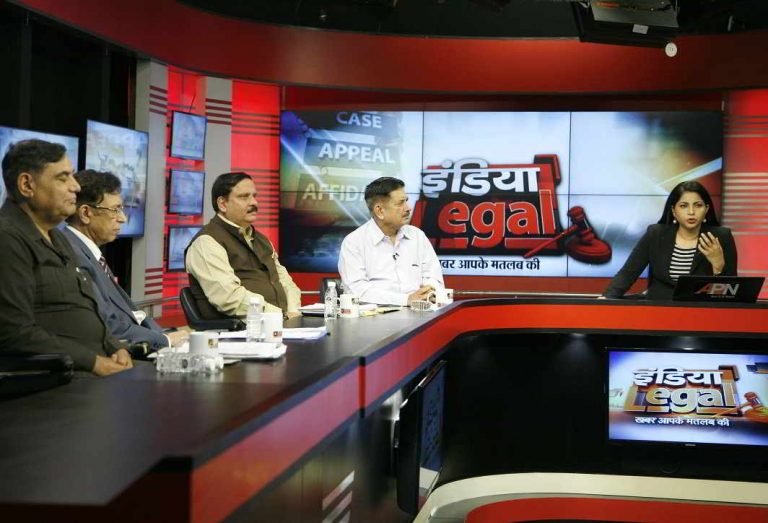 The recent edition of India Legal show deliberated on the recent gazette notification, draft Prevention of Cruelty to Animals (Regulation of Livestock Market) Rules, 2017. The draft says that it will ensure protection of animals from cruelty and mentions that it is not intended to regulate the existing trade in cattle for slaughter houses.

The draft further says “notified rules will remove the scope of illegal sale and smuggling of the cattle which is a major concern. The specific provisions apply only to animals which are bought and sold in the notified livestock markets and animals that are seized as case properties. These rules do not cover other areas”.

Justice Rao started the debate and said that it is a state subject. “Except for the northeastern states and Kerala and West Bengal all other states have imposed a ban on cow slaughter which is also upheld by the Supreme Court.  The issues were considered by the Supreme Court from several dimensions even from an economic angle. The argument was that if cow population rises you may not have sufficient fodder to feed them and that it is also a good source of protein for a poor man. These along with several other arguments were raised before the SC to challenge the ban on cow slaughter.”

Justice Rao further added, “The SC went in detail, sought expert opinion and did a scrutiny after which it found that all the allegations made by the petitioner against cow slaughter was untenable thereby uphelding the enactment.”

Justice RB Mishra said, “Article 19 definitely speaks about a person’s freedom of expression, his right to choose an occupation but the directive principles although not compulsory to be followed has an important role to play. In Article 51 (G) it is said that you should have mercy towards animals and that the state would scientifically organize in the sector of agriculture and cattle rearing. In the Qureshi vs State of Bihar case, the eating of cow meat was not prohibited because people did not have enough food to feed themselves and for the sake of their protein intake it was permitted.” Though, panellists were of the view that later that position may have changed.

Ashok Pratap Rai criticized the draft Prevention of Cruelty to Animals (Regulation of Livestock Market) Rules, 2017. He said, “I don’t know where our society is going to. All the domesticated animals including cows, dogs, cats etc should not fall under the environment ministry; its nodal ministry is agriculture ministry. The rules that are formed by the environment ministry are those out of which even 90 percent would not be known to the people working in this sector of rearing cattle and other animals. Those rules not only for cows but bulls, camels and other animals too. First of all, environment ministry should not form rules in their case as it does not fall under its jurisdiction, they are unable to protect tigers in the forest and they are framing rules for other animals.”

Echoing the same sentiments, Justice Pandey said, “As long as our religious factors are concerned, we are all Hindu and we do not eat meat. We do not eat cow meat, but the other animals similar to cow like buffalos, bulls etc., if they get useless to a farmer, then how will he keep them? At least till now they had the option of selling the animal, and it is also true that the sale was done simply for the purpose of slaughter.”

Justice Pandey further added, “I am talking about Uttar Pradesh, where there is an act for the prevention of cow slaughter, and where cow slaughter is prohibited, but it still has places which are registered and has license to slaughter cows and they like. And then they do business of the slaughtered meat. So it just means that the animal which is no longer useful and the care of it has become impossible, could be disposed off. But if that disposal is stopped, what will happen to that animal? When it comes to the government and their acts, the conditions of the animals are very bad.”