With Chief Justice of India NV Ramana making a case for a National Judicial Infrastructure Authority, it raises the issue of a stronger push for modernisation and innovation, especially to tackle the five crore pendency cases burden. The India Legal show on APN channel, hosted by the channel’s Editor-in-Chief, Rajshri Rai, examined the inherent problems associated with pendency 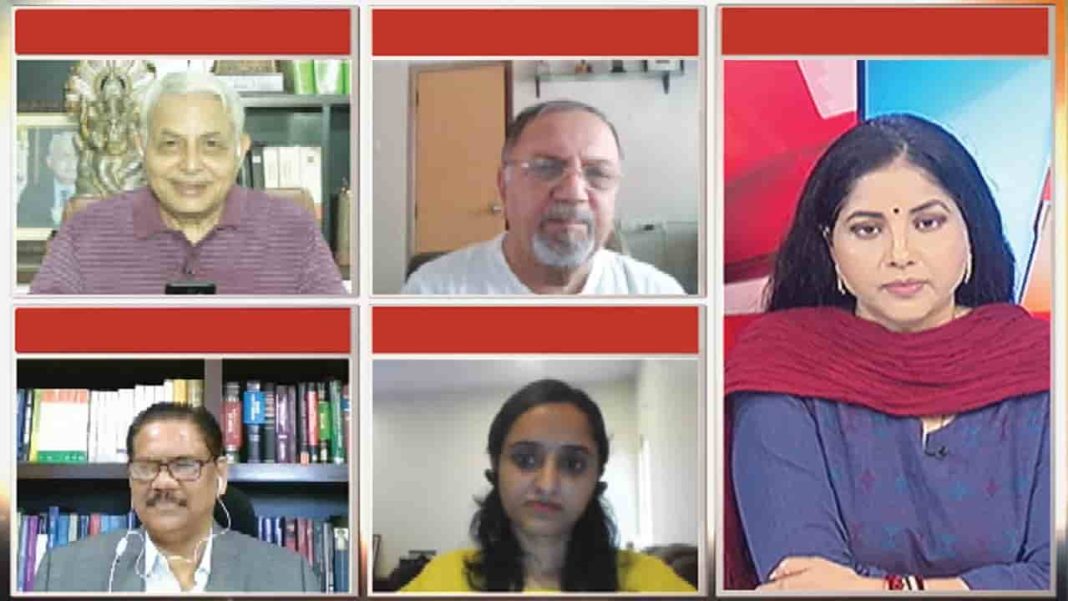 Recently, Union Law Minister Kiren Rijiju had expressed concern over the increase in pending cases in the country, which he said will touch the five crore mark. He said that pendency of cases can be reduced by coordination between the judiciary and the government. In the same forum, Chief Justice of India (CJI) NV Ramana had maintained that judicial vacancies and lack of infrastructure were responsible for India’s backlog of cases, The CJI had also held that greenlighting the National Judicial Infrastructure Authority of India (NJIAI) of India can help ease the pendency situation. The proposal of NJIAI was mooted by the CJI few months back and is yet to receive sanction from the government. Meanwhile, the judicial system is struggling to work in sync with the pressing demands of an ever increasing caseload.

Deepika Kinhal, senior research fellow at VIDHI, said: “To understand the problem of pendency, we have to analyse and understand the data related to it. Our whole project Justice, Access and Lowering Delays in India, or JALDI, is geared towards better judicial data gathering and analysis. Our first source of information is the National Judicial Data Grid. This platform presents judicial data from the Supreme Court and 25 High Courts. So, it is a very convenient way to access data.

“But while accessing data, we have encountered many problems. Firstly, we couldn’t download the full data. This made data analysis difficult. We also couldn’t make out patterns. For instance, if we want to analyse the pendency data of a subordinate court, we like to also have related data of cases filed and disposed in a particular time period. This was not available. This was due to the fact that data entry and court records were not in sync. This made the data not only inaccessible, but also unreliable.”

As of March 2, 2022, 70,154 cases are pending in the Supreme Court. If we look at the figures between December 2019 and March 2022, that is, in about three-and-a-half years, an increase of 19% has been registered in the number of pending cases. The situation at the High Courts of the country is also similar. On March 28, 2022, about 58 lakh cases were waiting for justice in the High Courts of the country. In about three-and-a-half years, there has been an increase of 14% in pending cases.

Shailesh Gandhi, former chief information commissioner, has been actively working for judicial reforms. He said: “Since independence, all our services have improved except the judiciary. We have analysed judicial data from the Supreme Court website for the period of 12 years—from 2006 to 2017. We found that the average increase in pendency was about 2.5% per year. The sanctioned number of judges was about 18 per 10 lakh, but the average vacancy in judicial positions was over 21%. If the vacancies had been filled, pendency should have gone down each year by over 17%.”

Recently, when the government was asked about the pending cases in the court, the government’s answer was that the disposal of the case comes under the jurisdiction of the courts. The government does not play any direct role in case settlement. The fact of the matter is that the Supreme Court can only make recommendations, but the appointment has to be made by the government.

Justice Vimlesh Shukla, former judge of the Allahabad High Court, said: “I think clearance of pending cases is not a priority. The blame game shouldn’t continue between the judiciary and the government. Judiciary and the executive should work together to solve the pendency problem. Talking of lower judiciary, this is a segment where judicial appointments are based on written examinations which can be increased as per the needs. However, the lower court infrastructure can be strengthened and processes streamlined to make the workflow smooth and fast. The time period of courts can be increased. Since manpower is not that much of a problem, the courts can be made to work in two shifts in a day. In the higher judiciary, we have to take care about the quality of people being promoted, because ultimately these very persons will go to the Supreme Court. We have to look at the performance of judges. We have to do an audit of cases. Only then can we curb pendency.”

The way hearings are done also needs to change. Too many adjournments and complicated court procedures hamper straightforward hearings. Sushil Kumar Jain, a senior advocate at the Supreme Court, had a suggestion. He said: “The cases should be heard at a stretch at courts, especially at the Supreme Court. Let the Court hear a case for five days at a stretch and finalise it. If hearings are continuously deferred then the flow is broken and the Bar also can’t help out much. A proper coordination between the Bar and the bench is also required for speedy hearings. We have to develop that.”

At a time when the pendency load is high, much is expected from the lawyers. The ground zero report submitted to the Allahabad High Court lists 10 districts where lawyers have disrupted trial court work for more than 100 days on an average every year for the last five years. Jain said: “I agree strikes are a nuisance, but the system is that without raising a voice and protesting, the demands are not met. The judicial officers should be sympathetic to the cause of lawyers and the Bar should be equally responsive to lawyers’ needs.”

The CJI has repeatedly said that if his proposal for upgradation of judicial infrastructure is accepted then it will reduce pendency. So, how important is this relationship between technology upgradation of courts and pendency reduction?

Professor Dr S Suryaprakash, vice-chancellor, DSNLU, Visakhapatnam, said: “The suggestions of CJI Ramana are quite good. The National Judicial Infrastructure Authority of India plan if implemented will go a long way in reducing pendency. However, I have some suggestions to make. We should make full use of the Alternative Dispute Resolution (ADR) processes. ADR includes mediation, arbitration and negotiation, among other things. Right now, it is not used to the optimum. We have a dearth of trained professionals. ADR professional courses are not availed by advocates and law students. This has created a shortfall in quality ADR professionals. This has to be rectified at the law school level, because it is out of here that future lawyers emerge. We can solve minor matters like family disputes, petty financial disputes, promissory note disputes without loading on the court docket.

“Secondly, we should make the Supreme Court a constitutional court which hears constitutional matters and complex matters which need legal interpretation. Other matters should be heard by other courts.

“Thirdly we need to reform the procedures to make court procedures convenient and fast. Both the Criminal Procedure Code and the Code of Civil Procedure should be rationalized according to the changed times. Then cases will move fast, hearings will conclude in time and judgments will be delivered quickly, resulting in faster clearance of cases.”

Time-bound justice delivery system has been considered as the need of the hour. At present, less than 30% of the cases are decided in less than a year. To ensure time-bound clearance of cases, a road map is needed.

Gandhi said: “There is no need for a special body for infrastructure. That way, every organization will demand a separate infrastructure body for itself. The chief justice of India should define the roadmap as to how pendency can be reduced. If there is shortage of judges, then at the Supreme Court and High Court levels, he can recommend more names. The lower judiciary can induct more personnel.

Any drastic change in technology adoption and work processes may have implications on the hearing and judgment processes as well. No wonder, the courts are hesitant to take on the challenge head on.

Justice Shukla had the last word. He said: “We have to use technology for fas­ter justice delivery. However, the court personnel should be properly trained in technical matters so that things move smoothly. Secondly, we should reduce the redressal layers and depend on the wisdom of the court to deliver correct judgment. Only one layer of appeal should be provided. Too much appeal takes too much time and disrupts the judicial system. In ADR also, processes are not correct. An arbitration judgment by a Supreme Court judge is appealed against in the lower court. This should change.”

For a system that is still working with outdated work processes and technology, the judiciary needs a drastic change of mindset to fasttrack modernization and innovation. The demand on the CJI is to become a CEO of the judiciary as well as the one who can take unconventional decisions and lead the massive machinery of judiciary down the reformation path.