The El Dorado of virtual currencies has the potential to become a quicksand for consumers. The government has taxed crypto trade, but are laws and regulations in place to protect consumers? The India Legal show, hosted by Rajshri Rai, Editor-in-Chief, APN channel, tries to deconstruct the ecosystem of cryptocurrency. 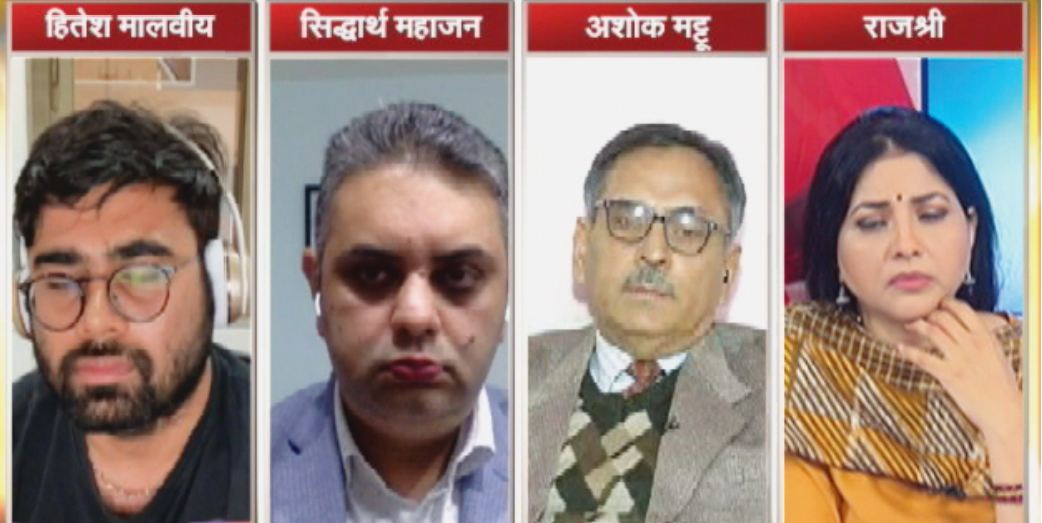 These three news headlines hammer home the current craze over cryptocurrencies, the world over. India is also no stranger to virtual currency and the rage has kicked in strongly. The government is mindful of the consequences of regulated use of cryptocurrencies and has made moves to regulate it by bringing its trade under the tax net.

In her budget speech, Union Finance Minister Nirmala Sitharaman had said that any income from transfer of any virtual digital asset shall be taxed at the rate of 30%, and one percent GST will also be levied on the crypto trade. The Reserve Bank of India (RBI) is also on the same page as the government, and is all set to launch its own digital currency. The government has termed the investment in cryptocurrencies as speculative and said that it will not be responsible for the loss caused by its use. This is a reason for concern for the 10.5 crore crypto investors of the country. So, naturally, the question arises: How safe are cryptocurrencies?

The central bank and the government are discussing cryptocurrency and regulations and norms are expected to be finalized soon regarding the virtual currency of the RBI.

“Cryptocurrency is generated by private entities. The RBI Act holds that the central bank cannot issue any currency except in exchange. That is currency will be released only against existing liability or asset. Cryptocurrency doesn’t have any underlying asset backing. Currency issuing is a sovereign function and the Government of India has devolved money issuing power to the central bank.”

But is our legal ecosystem capable enough to handle cryptocurrency trading which currently is outside the ambit of law? The current laws seem to be hopelessly out of touch with the virtual currency reality.

Mattoo clarified: “Cryptocurrency exchanges operating in India have to adhere to KYC compliance. Hence, deal transparency is maintained. Investor and his money can be tracked. Now, one percent GST is also applicable on deals, and tax is 30%. Such taxation is also levied on stock trading.”

India is the world’s second largest country in global cryptocurrency adoption and the market here has grown by 641% over the past year. Clearly, the wave is real and the fears of a parallel economy getting developed is palpable.

“The laws relating to money laundering will have to be reworked. In fact, the Financial Action Task Force, which is an international body of the United Nations formed to control financial crimes, has recommended that every nation should have a cryptocurrency regulator and only regulated entities should be allowed to deal in it. All stock exchanges are regulated by the Securities and Exchange Board of India, but the cryptocurrency exchanges are yet to have a regulatory body. Furthermore all cryptocurrency trade is encrypted. Hence, it is difficult to track the deals. Government has to put in place the correct technology to handle this challenge.”

In 2018, the RBI had banned banks and other financial institutions from facilitating cryptocurrency transactions. In 2020, the Supreme Court reversed the order. Since then, though trading is allowed on these virtual currencies, they have not been accorded legality.

Justice MK Sharma, former judge of the Supreme Court, gave the backgrounder: “The RBI probably apprehending the misuse of the situation and the threat to revenue loss came out with a circular in 2018 which said that all the banks, including cooperative and NBFC, should not be dealing with cryptocurrency, and also prevent private players in dealing with it. This created a havoc situation in the market and a case was filed in the Supreme Court. After hearing arguments from both the sides, the Court gave its judgment.

“The Court relied upon the judgment delivered in State of Maharashtra vs Indian Hotel and Restaurants Association and said that the total ban on cryptocurrency trade is affecting the right to trade and business. The Supreme Court held that there can’t be a total ban as it went against the reasonable restriction concept of the Constitution. It held that it was an unreasonable restriction and a disproportionate measure. The Court set aside the RBI circular.

“I believe the decision of the Court was comprehensive. The government learnt a lesson and the RBI got to know the legal position. Now, the government is trying to bring a bill named Cryptocurrency and Regulation of Official Digital Currency Bill, 2021. This is an effort to regulate the haphazard market.”

The markets have been anticipating the Government of India’s new Bill the Cryptocurrency and Regulation of Official Digital Currency Bill, 2021. The finance minister has said that the Bill will be introduced in Parliament only after the cabinet’s approval. The issues of market regulation and RBI’s Central Bank Digital Currency (CBDC) will be the key features of the proposed Bill.

Justice Sharma adds: “After the decision of the supreme Court, the government had also become conscious of regulation needs. The government has announced moves in the budget speech, clearly, so it knows what to do. It is laying down the framework for digital currency regulation. I suppose the proposed Bill will take care of whatever that needs to be done. I think that before the Bill is finalized, there should be discussion with all stakeholders.

“The Supreme Court recognized that the expression ‘management of currency’ appearing in Section 3(1) of the RBI Act, 1934, was not confined to the management of legally recognized currency only, but also included currency which was capable of faking or playing the role of currency. Thus, it was held that the RBI had the power to regulate virtual currencies. The government will make laws in accordance with the judgment. The announcement of the finance minister made in the budget is very welcome. We are moving into a new era of currency. I hope that laws will be in place to regulate the new cryptocurrency regime.”

Data theft and privacy are going to be major issues related to cryptocurrencies. With the increase in consumer numbers, the dangers of data mining has also increased. Pawan Duggal, an IT expert, explains the situation: “The government has announced measures for cryptocurrency with a view to tax it. But, it has to be careful about the regulation aspects also. Vigilance on cryptocurrency is a difficult task. There are many challenges. Misuse of cryptocurrency is rampant by cyber criminals. Hacking and compromising security is being done. Till the blockchain aspects are not effectively monitored and regulated by laws, the system will be prone to disturbances. The current IT laws are not geared to the cryptocurrency challenge. There is need to put laws and regulations in place, and we should emulate other countries who have enforced similar norms.”

Malviya supported the arguments of Duggal. He said: “With the onset of cryptocurrency trading, many spurious fly-by-night operators have also entered the market. They make false promises of high return and dupe the customers. Such scams have happened in the past where investors have lost their money.

In the light of this danger, the government should initiate an awareness programme and educate the customers about the market.”

The overall scenario is quite complex. Some call it the “Wild West” of currency regime while others call it a financial wilderness because of the legal vacuum which exists. As a result, retail consumers are exposed to extraordinary risks.

Justice Sharma was aware of the magnitude of the problem. He said: “When cryptocurrency gets to be used widely, protection of consumer rights will become imperative. With widespread usage, people will be vulnerable if the utilities and facilities are misappropriated, and in case of cheating and fraud, some provisions of the Consumer Protection Act will have to be amended.”

Clearly the El Dorado of virtual currencies has the potential to become a quicksand for consumers. The government has taxed the crypto trade and thus acknowledged its existence. Now it is incumbent upon it to put in place a regulatory framework to manage and regulate it.