The first in a series of legal awareness programmes on cybercrime—organised by APN News in collaboration with The International Centre for Alternative Dispute Resolution—looked at the changing nature of cybercrime and its impact on children. By Srishti Ojha 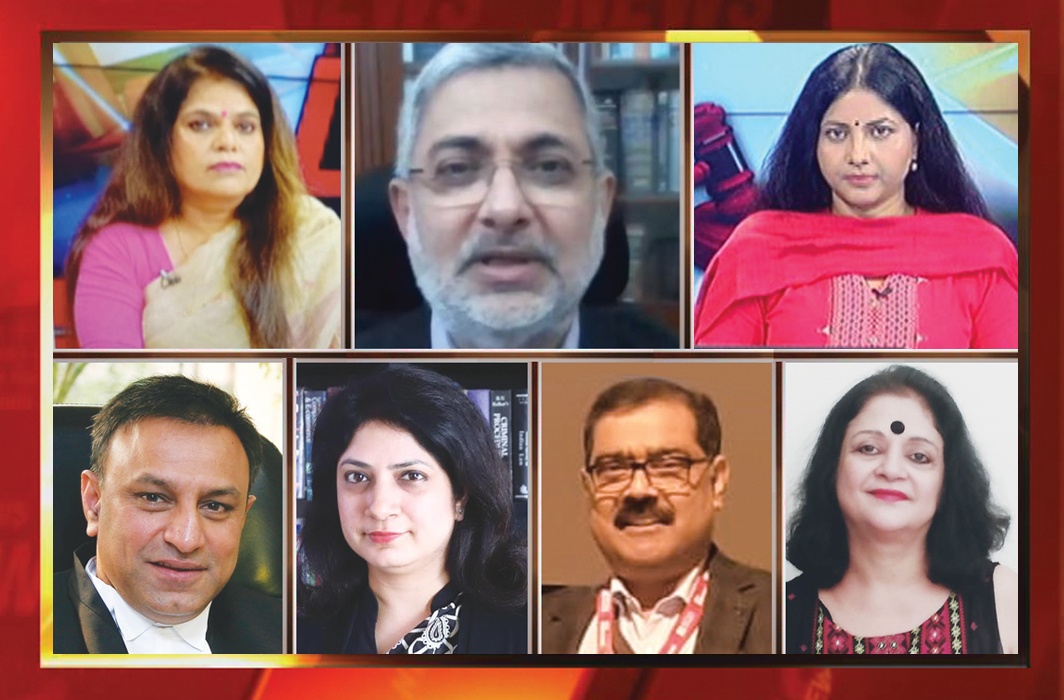 Justice Kurian Joseph, retired judge of the Supreme Court of India, feels that as the use of cyberspace increasingly becomes the norm, there should be the realisation that prevention is better than cure. “The nature of crime is changing day by day. This is one area we need to take precautions, rather than making laws,” he said.

Justice Joseph was speaking as the guest of honour at a recent webinar held on May 26, organised jointly by APN News and The International Centre for Alternative Dispute Resolution (ICADR). The webinar was telecast live on digital and DTH platforms. The theme for the inaugural session was the subject: “Legal Awareness on Cyber Crimes, Its impact on Children and the Alternative Solutions.”

Referring to the widespread use of cyberspace during the lockdown, Justice Joseph said: “It has been wonderful; people have used it a lot. What we need to do is guide them and for that we need to follow them. We need to prepare them, pursue them, protect and prevent.” He said that children were in a very vulnerable state and there was no point in trying to discipline them. “We need to accompany them, follow them and be with them. If once you become a victim of cyberspace, it becomes very difficult to get out of it.”

The programme was moderated by Kiran Bhardwaj, advocate and member, governing council, ICADR, and Rajshri Rai, Editor-in-Chief, APN News. The session was attended by various luminaries from the legal fraternity.

Bhardwaj began the session by stating that even during the lockdown, children were getting homework through the internet and being involved in various activities on the social networking sites. She said that the case of “Bois Locker Room” was an example of cybercrime and the courts took action. She insisted that steps and precautions nee­ded to be taken in this regard.

Senior advocate Pradeep Rai added that there are various provisions under the law to deal with such situations like the IT Act, POCSO Act, IPC, etc. “But we don’t have trained manpower to investigate such offences. Unless there are officers specially trained in such laws it’ll be very difficult to deal with such crimes,” he said.

He warned that all users should be aware of abuse of the internet, since the  social media sites are now being used for committing offences. Interpol has to play an important role, district police or the cyber cell alone can’t deal with such offences. “Taking things on the face of it will not help. Unless you are aware of what cybercrime is or how investigation has to be done, it will not help. A training mechanism needs to be established and is required,” he added.

Bijesh Kumar Sharma, an officer on special duty at the Department of Education, Delhi, stated that schools had a huge responsibility in dealing with this issue. “The future of India is being shaped in our schools. A lot of these people commit cybercrime unknowingly, since they don’t know what’s wrong. Children have access to smartphones with internet. What we are doing in schools is conducting workshops for both children and teachers, under the Sarva Shiksha Abhiyan and we’re planning to have it in all schools. Right now our focus should be on educating the children. If they know what’s right and wrong they will not become victims,” he said.

Dr Karnika Seth, advocate and cyber law expert, added that cybercrime cases keep increasing every year, which is mainly because of the lack of awareness in both urban and rural areas. “The number of cases where we have seen people getting convicted have not been many, so we require more fast-track courts. Many children don’t even understand the law and cybercrime can’t be prevented by educating people. If children can be taught how to use computers they can also be taught how to write or express their views on the internet,” she said, adding that cyber bullying has become a prevalent crime.

She also pointed out that there are helpline numbers that can be called while remaining anonymous and NGOs are working in this area. “We need to create a convention internationally other than the one for child rights that India is already a part of, make concerted efforts with Interpol and have our law enforcement work together towards combating this, even in international space,” she said.

Another panellist, Sangeeta Narang, senior PGT and health counsellor, Delhi Public School, Mathura Road, New Delhi, said: “We try to educate students in a group. We try to educate them about cybercrime and cyber safety.” While concluding the programme, Rajshri Rai said: “If we have the power, we need to make the right use of it to move forward. It’s important to pay attention to the kids and ourselves and use the internet as a means of strength.”

Did you find apk for android? You can find new Free Android Games and apps.
Share
Facebook
Twitter
Pinterest
WhatsApp
Previous articleEvery Breach or Non-Performance Cannot Be Excused Merely On The Invocation Of COVID-19 As A Force Majeure Condition: Delhi HC
Next articlePatna HC stayed Govt order of outsourcing daily wage sanitation workers across the state