While the number of executions in Middle Eastern countries showed an upward surge, the Asia-Pacific region for the first time in a decade showed a decline, including in India. By Asif Ullah Khan 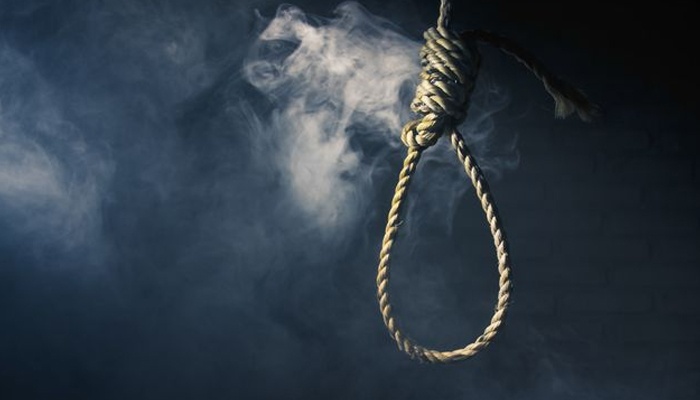 China remains the “world’s top executioner”, followed by Iran, Saudi Arabia, Iraq and Egypt, even as there has been a decline in executions worldwide. These were the findings of Amnesty International in its 2019 global review of the death penalty published recently.

The human rights watchdog recorded 657 executions in 20 countries in 2019, a decrease of 5 percent compared to 2018 (at least 690). This is the lowest number of executions Amnesty has recorded in at least a decade. In India, the number of death sentences decreased from 162 to 102.

However, Amnesty expressed concern over China, which “continued to execute and sentence to death thousands of people”. Official figures were not available for China as the numbers remain classified. China carries out executions by lethal injection. “Figures on the use of the death penalty continued to be classified as a state secret, making it impossible to independently assess trends and any claims by state officials of limiting this punishment to a small number of cases,” the report said. “The death penalty remained applicable for 46 offences, including some non-violent acts which do not meet the threshold of the ‘most serious crimes’ to which the use of the death penalty must be restricted under international law and standards.” The majority of cases appeared to involve murder and drugs offences, according to sources and court rulings.

It said that Saudi Arabia executed 178 men and six women in 2019, just over half of whom were foreign nationals. The report said it was the highest number ever recorded in a single year in the country. The majority of executions were for drug related offences and murder. “Saudi Arabia’s growing use of the death penalty, including as a weapon against political dissidents, is an alarming development,” Clare Algar, Amnesty International’s Senior Director for Research, Advocacy and Policy, said.

Amnesty also documented the increased use of the death penalty against the Shia minority in this country. On April 23, 2019, there was a mass execution of 37 people, of whom 32 were Shia men convicted on “terrorism” charges following trials that relied on false confessions extracted through torture, it said, and which violated international fair trial standards. The families were not informed about the executions in advance and were shocked to learn of the news. Individuals were brought before Saudi Arabia’s Specialized Criminal Court, which was set up in 2008 to try those accused of terror related crimes but is increasingly used to suppress dissent, according to Amnesty. Lynn Maalouf, Middle East Research Director at Amnesty International, said the mass execution is a chilling demonstration of the Saudi Arabian authorities’ callous disregard for human life. It is yet another gruesome indication of how the death penalty is being used as a political tool to crush dissent from the Shia minority.

Coming to the Asia-Pacific region, Amnesty said that for the first time in almost a decade, there was a decline in the number of executions and executing countries. Only seven countries carried out executions during the year. The report, without quoting the figure of Vietnam, said the number of recorded executions (29) in the region showed a slight decrease due to drops in Japan (from 15 to three) and Singapore (from 13 to four).

However, it said that this regional total, as in previous years, did not include the thousands of executions that were believed to have been carried out in China as well as in North Korea and Vietnam.

Many countries go to great lengths to try and hide the practice, while others carry them out “without any advance notice to the families, lawyers, or in some cases the individuals themselves”, said Algar, naming Japan as one of them. The report said that the number of executions in Japan was down from 15 in 2018, when the country reported its highest figure since 2008, to three in 2019. Two Japanese men were executed on August 2 and a Chinese national was executed on December 2. All the men were convicted of murder.

Although no country abolished the death pen­alty in 2019, the report said that positive signs were recorded which indicate that the desire for retention of the death penalty was dwindling among countries that are yet to abolish the punishment. In the US, the number of death sentences in 2019 (35) decreased by 22 percent compared to 2018 (45) and by 68 percent compared to 2010 (110). New Hampshire became the 21st state to abolish the death penalty, while the governor of California the US state with the largest death row population imposed a moratorium on executions. Public support for the death penalty continued to decline in the US. In 2019, for the first time, a majority 60 percent of respondents chose life sentences over the death penalty, according to a Gallup poll.

Indonesia has been observing a moratorium on executions since 2018 after the government under President Joko “Jokowi” Widodo executed 18 inmates convicted of drug-related offences, including foreigners, in three batches between 2015 and 2016. In 2019, Amnesty reported that 48 people, including 15 foreigners, were on death row. Countries like Kazakhstan, the Russian Federation, Tajikistan, Malaysia, Gambia and Brunei continued to observe official moratoriums on executions.

However, the report said that the death penalty continued to become more geographically isolated in 2019. Only 28 nations out of more than 3,000 countries (fewer than 1 percent) imposed a death sentence this year- one of the lowest figures in a decade.

That is some good news in these dark times.