Every Breath You Take… 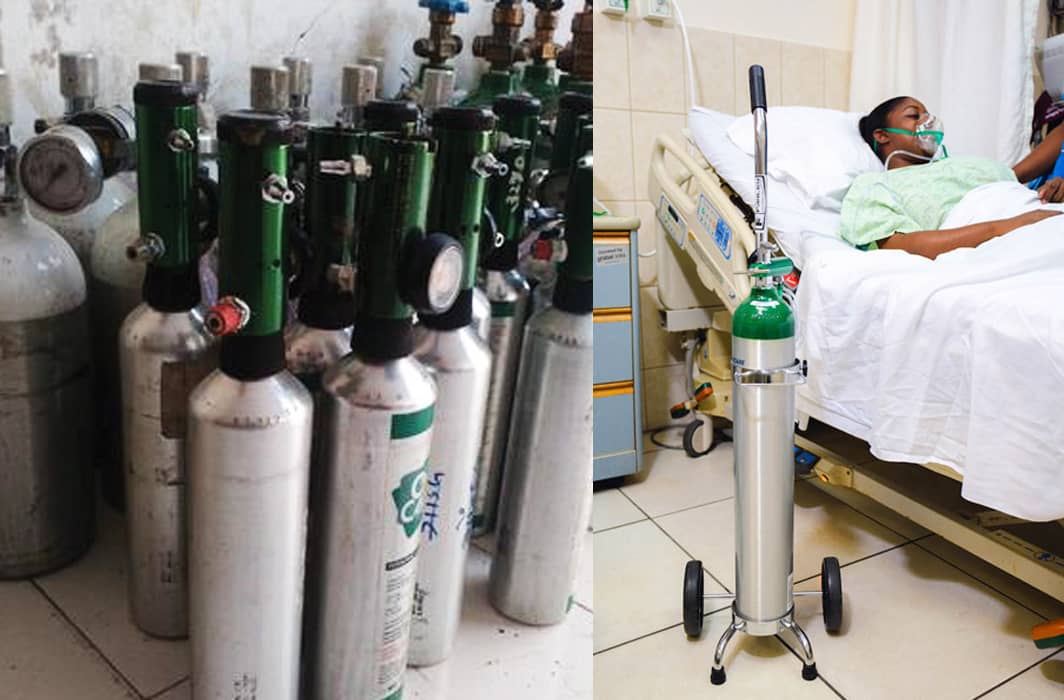 The need of the hour during the Covid-19 pandemic is a medical oxygen plant that can replace oxygen cylinders. This will avert India’s oxygen shortage crisis and help those with lung problems

Covid-19 is here to stay. Even as it subsumes all countries, its insidious way of entering the body has set alarm bells ringing. However, new forms of supplying oxygen to patients have given a ray of hope.

One of the fallouts of the virus is silent hypoxia or walking dead—a condition where the person develops low blood oxygen levels but is conscious and has no confusion or altered consciousness. This silent hypoxia, if not treated in time, can end in cellular and organ hypoxia, leading to multi-organ failure. In some cases, hypoxia is associated with inflammation of the body, leading to a hyper-immune inflammatory condition. In others, it leads to clots in all the smaller and larger vessels of the body. In a few patients, it develops a massive cytokine storm, leading to pulmonary and multi-system failure at the same time. But some 80 percent of Covid-19 patients require no treatment and become alright just by simple observation.

Timely detection of silent ischaemia can save lives. Starting oxygen early, giving low molecular weight heparin, a blood thinner, and giving early antiviral drugs at the time of detecting low oxygen levels can save lives. It would be a good idea for every family to buy an oxygen monitor to detect early fall of oxygen, defined as a limit lower than 92. It is believed that India has the lowest Covid-19 mortality in the world and that is due to the early detection of silent hypoxia.

But the 15 percent who get affected, require timely oxygen and only 5 percent of them require ventilation. Out of these, 15 percent can be treated with simple oxygen. In young and healthy patients, oxygen treatment can be started at home or in smaller hospitals through oxygen cylinders or making oxygen available at home.

Portable oxygen concentrators is one option and another is a medical oxygen plant. Absstem, a company supplying oxygen generators, can replace oxygen cylinders with a self-generating oxygen plant. This is a revolutionary measure to avert India’s oxygen shortage crisis during Covid times and will go a long way in reshaping our healthcare industry.

This can give hospitals continuous, affordable and contactless supply of oxygen. Earlier, oxygen cylinders or liquid oxygen were used, which is expensive, time-consuming and requires physical contact. The medical oxygen generator uses electricity to produce oxygen from atmospheric air for the entire hospital. But an oxygen concentrator is a device that concentrates the oxygen from a gas supply (typically ambient air) by selectively removing nitrogen to supply an oxygen-enriched gas.

Most medical oxygen generators work on the principle of pressure swing adsorption, widely termed as PSA. This conventional gas separation technology is being used to separate oxygen from compressed air. The major components are a pair of adsorbent vessels, surge tank, switching valves, intelligent PLC, oxygen analyser and instruments. The adsorbent vessels, filled with Zeolite (crystalline structures made of silicon, aluminium and oxygen) adsorb nitrogen and carbon dioxide, whereas oxygen is not adsorbed due to its larger molecular size and passes through the adsorber to the surge tank.

Early oxygen therapy can save lives and serious patients may require oxygen for days together. Imagine a situation where a large number of people require oxygen and hospitals are overloaded. This is what happened in Italy. There were not enough oxygen cylinders for patients to have oxygen therapy at home or in the hospital.

It would be a good idea during the pandemic for everyone to buy an oxygen monitor. Every family should have an oxygen generator or concentrator which can give oxygen supply of at least five litres per minute at home and 10 litres per minute in hospital settings. All hospitals must have, apart from a central oxygen supply unit, an oxygen generation machine. In the long run, these plants will be cheaper, cost-effective and reduce the cost of treatment. With modern oxygen generators, entire hospitals can run on their supply.

Some patients require long-term oxygen therapy. The indications for this are chronic lung disease, including a pulse oxygen saturation (SpO2) less than or equal to 88 percent. Many patients can be cured by using oxygen concentrators and prone positioning. In two recent studies, self-proning was associated with improved oxygenation parameters in at least two-thirds of adults with Covid-19.

Even hospitalised patients with Covid-19 should spend as much time as is feasible and safe in the prone position while receiving oxygen or non-invasive modalities of support such as high-flow oxygen delivered via a nasal cannulae or non-invasive ventilation. The WHO suggests titrating oxygen to SpO2 greater than 90 percent. For most critically-ill patients, targeting an SpO2 between 90-96 is feasible. Higher flows of oxygen may be administered using a simple face mask, venturi face mask or non-rebreather mask, but as the flow increases, the risk of dispersion also increases, increasing contamination of surrounding environment and staff. All these situations can be handled by portable oxygen concentrators (POCs) or oxygen generators in hospitals.

Portable generators make use of improved battery technology and the size and power of pumps and motors provide lightweight, battery-powered oxygen concentration. POCs are smaller than oxygen concentrators designed for home use and are battery operated instead of being continuously plugged into an electrical socket. Battery lives range from 2.5 to 8 hours. Additional batteries can extend the time that a patient can de­pend on it for oxygen supply. POCs vary in oxygen flow.

The weight and size of oxygen concentrators is partly determined by the flow requirement of the patient. While a standard oxygen concentrator weighs 16 to 23 kg, several POCs have been developed that weigh between 2.3 and 8.2 kg. As they generally deliver oxygen via pulsing, there could be a lack of delivery during sleep if the patient resorts to mouth breathing and does not trigger the pulse.

Using an oxygen-conserving device in conjunction with the concentrator enables adequate oxygen delivery at lower flows. Most POCs have an integrated conserver, which may not be ideal for patients who require a higher flow rate. However, some larger units provide continuous oxygen delivery options. Investing in such devices may help save a stitch in time.

Did you find apk for android? You can find new Free Android Games and apps.
Share
Facebook
Twitter
Pinterest
WhatsApp
Previous articleSupreme Court Dismisses Plea Against Its Registry With Cost
Next articleEra Of Expansionism Is Gone- Modi