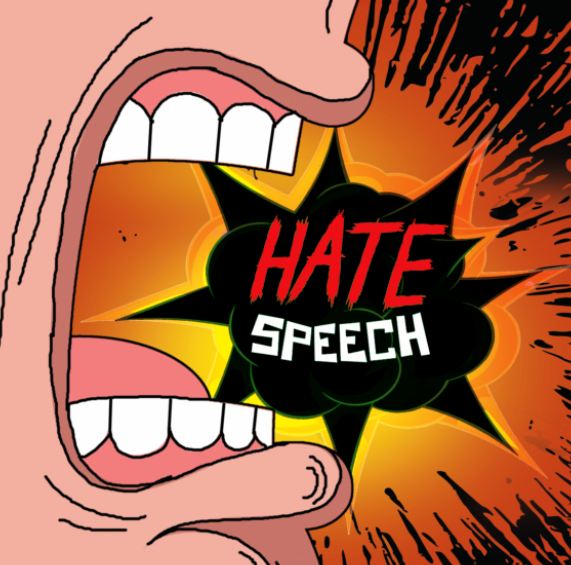 Hate speeches have become the norm over the last few years. Recently, the Delhi Police told the Supreme Court that there was no anti-Muslim hate speech by Sudarshan TV editor-in-chief Suresh Chavhanke and other Hindu right-wing leaders at the Delhi Dharam Sansad organised by the Hindu Yuva Vahini last year in December. No “hate” words were used against any particular community at the event, the Police maintained. Noted criminal jurisprudence lawyer and Supreme Court Bar Association lifetime member PAMARTY VENKATARAMANA has radical views on how to tackle hate speech crimes. He tells MOHAMMAD JAVED RASHEEDI that an effective method would be to get the accused tried by military courts as these crimes are tantamount to anti-national actions and a court-martial is the best and most effective way to stem this rot. Excerpts of the interview:

In the Delhi Dharam Sansad hate speech case, the Delhi Police recently closed all the complaints filed regarding the event. In its affidavit filed in the Supreme Court, the Police questioned the petitioners for moving the Court without first approaching it. Is it wrong to directly approach the apex court?

India is a plural society. It has a comprehensive book of the people, the Constitution. Rule of law prevails in black and white. The Indian Penal Code and the Criminal Procedure Code are applicable to all citizens. The provisions are clear-cut and the procedures are well laid-out for every literate person to understand. Sadly, the complexities and absurdities in both implementation and interpretation have arisen out of a Himalayan blunder by the founding fathers of the Constitution and the Constituent Assembly—the lack of a Uniform Civil Code which will bind customs, practices and erstwhile beliefs of the new Republic of India into one single law, be it on matters of marriage, divorce, inheritance, adoption or succession. As a result, the Orwellian line—“All men are equal but some men are more equal than others”—has literally come true in the country. This is compounded with unbridled freedom of expression enjoyed by TRP-hungry mass-media channels. There is no sanctity or curb on the “breaking news” hyped up by them, resulting in a whipping of emotions of the gullible public.

Hate speeches are akin to the abhorrent practice of racism. Racism is bereft of human dignity and from it has sprung up negative behavioural tendencies, such as hatred and mob violence. “Hate speech” is more a western phenomenon than an oriental or desi one. In the light of all these facts, the Delhi Police did not err in pointing out that procedure of law cannot be bypassed for any aggrieved parties to knock on the doors of the apex court. The Supreme Court is not a police station or a control room for any politician or common man to misuse procedural law. The sanctity of the Court as being a constitutional court cannot be diluted through weaponisation of the public interest litigation option. It has set preconditions.

What are the legal provisions against hate speech?

Simple. This category of criminal offence can comprise any of these actions—divisive language, false facts, flawed augmentation, dehumanising metaphors, intolerable provoking words, socially unnecessary rhetoric and continuous loose talk. The Indian Penal Code contains specific sections covering inflammatory/hate speech offences. Educate the masses about the repercussions of any such incitement to spread hatred or indulging in such behaviour detrimental to peace and harmonious co-existence of all citizens.

In most cases, the court acquits the violator after a few years, but the damage has already been done. Like in the two Akbaruddin Owaisi hate speech cases, where the AIMIM leader was acquitted in both cases, some 10 years later. What kind of reform is needed for speedy justice?

True. I once bailed Akbaruddin Owaisi in a morning court case. But going by the available public evidence, he ought to have been convicted in the twin cases of hate speech. The inordinate delay in the conduct of trial, stretching across 12 years, is inexcusable and results invariably in the travesty of justice. The investigating officer was supposed to collect authenticated videotapes from the crowd which had gathered and was witness to such an unfortunate outburst of false bravado. The press corps was present, but no one thought of summoning them as witnesses in the court.

The adjournment tamasha is a major flaw in all such court trials. The apex court must direct all High Courts to instruct subordinate magistrate and sessions courts to complete trials in such instances within a set time-frame of 30 days. Or, better still, establish fast-track courts to try such offences as they would in molestation crimes. A more effective method would be to get hate speech crimes tried by military courts as these would be tantamount to anti-national actions and a court-martial is the best and most efficacious way to stem this rot.

Also, any media house telecasting such hate speech news must be arraigned as a witness of the State. All news producers and reporters should be asked to file an affidavit swearing to the veracity of the news content along with the airing of such news. Political will is necessary to enforce this reformatory measure to end this endemic.

How does Constitution define hate speech; the word doesn’t feature in it.

The Constitution is a vision document. The Preamble is the signature tune and speaks of justice—social, political, economic—as being the goal of all good governance. The Penal Code well defines and covers the offence of hate speech inter alia. No fresh declaration is needed.

Only the Law Commission has given the definition of hate speech and it is still not approved by Parliament and the judiciary. If no correct definition of it is given, how can FIRs be registered in hate speech cases?

The Law Commission is only a recommendatory body and it is not necessary for Parliament to accept all its suggestions. In their wisdom, the august Houses will consider only that which is essential to attain the objectives of the Constitution (including the Directive Principles of State). An FIR may be registered under provisions of wilful incitement of public to disrupt peace of society and disturbing law and order. Law is all-encompassing. Knowledge of law is important, not half-baked notions of it as exhibited in Bollywood films.

Is there any difference between hate speech and defamation? Have you dealt with it in the course of your practice?

Hate speech can certainly be extended to cover defamation, which is an offence entailing remedies under both criminal and civil law. It is not less hazardous a crime. One instance which comes to my mind is when I successfully got a warrant issued against an ex-Chief of Army Staff for casting aspersions against a deceased prime minister of India under whom he had served. He cast an innuendo against the prime minister in a television talk show. After pre-summons hearing, the criminal court at Nampally, Hyderabad, issued summons in the said matter. I had asked (on behalf of a client who was a Rajya Sabha MP) the ex-Army chief to tender an unconditional apology or pay a nominal damage of Re 1 only for having maligned the prime minister. I had filed a private complaint as per the Criminal Procedure Code without resorting to the erroneous dramatic style of falsely approaching the apex court in the first instance.

Do you think hate speech is an international problem?

It certainly is a global phenomenon and is often resorted to as a political gimmick, duly abetted by friendly paid-media channels to popularise the slur on the dignity of a society.

Should hate speech be countered and what role should be played by the legislature, executive and the media?

It is best to ignore it. It reflects demented minds and mischievous bodies at play. The legislature may consider tweaking existing laws in small ways as detailed above. The judiciary must instruct its Registry (administrative sections) to not accept frivolous and out-of-jurisdiction matters, be they PILs in High Courts or the apex court or criminal complaints lodged in local police stations being escalated as writ petitions. As far as the media is concerned, it must recognise that “responsible reporting” means ignoring such fissiparous news and not highlighting it. They must rewrite TRP-ratings as being rewards for positive news and events in society rather than sensationalism and hyperventilating matters of law (about which a vast majority of journalists and their audiences know hardly 10%).

Which other offence, if any, must be viewed on par with the treatment of hate speech?

Mob-lynching. The most advanced and oldest democratic country, the United States of America, recently passed a law on this genre of crime. So, it speaks volumes about how societal mores havefallen in the modern world. In India too, this is well covered in the Indian Penal Code. And a few black sheep in media circles are making all-out efforts to pitch-fork this as another ugly scar in our “free for all” country which gloats over unchecked freedom of expression initiatives.

What is a one-stop remedy for hate speech?

Usher in a Uniform Civil Code to help foster a real spirit of nationalism. One Nation, One Identity can be stitched only when you accord equal treatment to all citizens and by not ignoring the majority Hindu population in the guise of partiality towards minorities. Also, by not side­lining Christian or Jains among minority populations while according most fav­ourable treatment to Muslims since they are the second largest segment of the country’s human resource. Humanism and Sanatana Dharma must be adhered to by lawmakers and enforcement agencies (as being the truest religion of our plural society). This formula alone can end the obnoxious crime of hate speech.