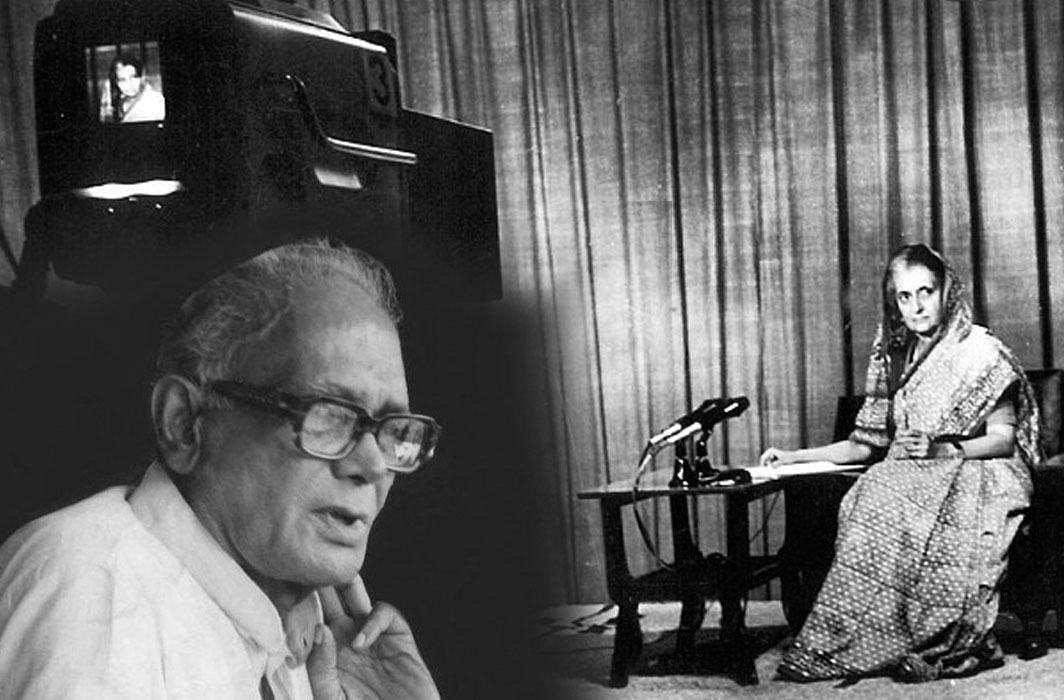 A presidential proclamation issued around midnight of June 25-26, 1975, imposed countrywide Emergency because “the security of India is threatened by internal disturbances”. This “grave threat to national security” was repudiated by Justice JC Shah, the one-man Commission appointed to enquire into Emergency excesses: “There was no evidence of breakdown of law and order in any part of the country, nor of any apprehension on that behalf… The public records of that time, both secret and public, and newspapers spoke with unanimity that there was no unusual event or even a tendency in that direction to justify the imposition of Emergency.”

I was then the district magistrate (DM) of Chandigarh Union Territory. Proving Justice Shah right, the dawn of June 26 was as normal as any other. As usual, I had gone for my morning tennis and returned home around 8 am. ML Bhanot, Senior Superintendent of Police (SSP), had called. As was my wont, I switched on the radio to listen to the morning news.

But instead of news, I heard the tight and tense voice of Prime Minister Indira Gandhi addressing the nation and saying something about the “grave threat to the country and the need for drastic steps”. I felt that something was amiss and called Bhanot. What he said shook me a bit.

As in the rest of the nation, the night of June 25-26 was one of high drama in Chandigarh also. It reflected the deep depravity into which the governance of the country had been pushed in the name of “national security”.

Soon after the proclamation was made, on verbal instructions from the Delhi Durbar (Om Mehta, the de facto Union home minister), Giani Zail Singh, the chief minister of Punjab, had called NP Mathur, Chief Commissioner of Chandigarh UT, to say that an Emergency had been declared and the press has to be severely disciplined. He was specific that The Tribune should be sealed and the paper not be allowed to come out that morning. Zail Singh even wanted the arrest of its editor, Madhavan Nair, under MISA. Nair, though infirm, was a fiercely independent editor and a household name in the north-western parts of India.

Mathur did not bother me because he knew I would not comply with the directions. So he called the SSP and passed on the “direction”. Bhanot told him that he will do no such thing without written orders from the DM. Nevertheless, he went through the motion of going to The Tribune premises and advised those on duty not to print any news unpalatable to the powers-that-be. He also posted a small posse of policemen to keep a watch on the press. He informed me about it on the morning of June 26.

Obviously, this did not have much impact on the paper and the morning edition came out as usual. This infuriated Chief Minister Bansi Lal of Haryana, who also resided in Chandigarh. In his inimitable style, he threatened that if the Chandigarh administration was not willing to raid The Tribune, seal its premises and arrest its editor, he would get it done through the Haryana police. For this purpose, he would not even hesitate to “take over” the premises and buildings, if need be. Indeed, the heady brew of Emergency had commenced its task of intoxicating people in power.

As the day progressed. there was total chaos and no one had any idea as to what this Emergency was all about. We only knew that with the presidential proclamation, Fundamental Rights under Article 14, Article 21 and several clauses of Article 22 of the Constitution stood suspended. Overnight, from a fledgling, yet vibrant democracy, India had morphed into an autocracy. That was alarming and I was in no mind to be an instrument in the extinction of freedom and liberty. So I swiftly obtained a copy of the Emergency notification from the deputy director, Intelligence Bureau, Chandigarh. Moving fast, I imposed prohibitory orders under Section 144 CrPC throughout the Union Territory. That was how we managed the situation and warded off the wrath of two chief ministers who were breathing down our necks.

While so, my close encounter with the Emergency actually commenced on the night of July 1, 1975, when Jayaprakash Narayan (JP), the “Enemy Number 1” of the now autocratic state, was brought to Chandigarh from Delhi. His arrest, detention and treatment were directly monitored by the home ministry and the Prime Minister’s Office. And there was clear instruction that JP should stay in the Post Graduate Institute of Medical Education and Research and not in the jail.

During the 22 weeks JP was in my custody, I came to know him intimately. And having understood the nobility of his struggle and the intensity of his commitment, I partook in all matters concerning him and the State, shared his thoughts and feelings, discussed political events and happenings, played “Devil’s Advocate”, participated in brainstorming and strategy sessions, took charge of his mental and psychological well-being, initiated the reconciliation process between him and the prime minister and succeeded in reviving his faith in himself and his people, which he was on the verge of losing.

In the process, I breached the barriers of the civil service and saved JP’s life twice. First, in August 1975 when JP decided to go on a fast unto death if the Emergency was not lifted immediately and had written to the prime minister. After nearly two hours of wordy duel, I dissuaded JP from taking this extreme step. Then again in early November 1975 when JP took seriously ill. Suspecting serious foul play, I initiated a “pincer movement” to pressurise the home ministry and PMO and got JP released and sent him post-haste to Bombay’s Jaslok Hospital just in time for his kidneys to be treated and life saved. JP lived for four more years, rallied the democratic forces and defeated the Emergency.

JP himself acknowledged my services to him in his letter (November 3, 1977) written in Hindi to the then home minister and Haryana chief minister. Translated, it reads: “When I was a prisoner in Chandigarh, Sri Devasahayam, while strictly adhering to his official duties and responsibilities dealt with me in an extremely humane manner. For his many acts of kindness towards me I shall ever be grateful. Even leaving aside this personal affection, I was deeply impressed by his exemplary qualities of administration and governance. He is a deeply patriotic, strong-willed and dedicated officer.”

Released due to ill-health, JP left Chandigarh on November 16. As he departed, JP took hold of my hands, and with tears rolling down his eyes said that I was like the son he never had and he would never forget me. When I asked him to look after his health, he said: “My health is not important. It is the health of the nation that is important. I will defeat that woman and restore freedom. This will be my life’s mission.”

Nayantara Sahgal in her book, Indira Gandhi’s Emergence and Style, describes the dark era thus: “The essence of Emergency was the pinnacle-power, a position above the multitude, unaccountable and unchallengeable—it sought to guarantee the Prime Minister. This was accomplished by three amendments to the Constitution, 38th, 39th and 40th… There was also an Act that banned the publication of ‘objectionable matter’ making criticism of the Prime Minister, a penal offence.”

The Emergency was bad in itself. But the worst thing was that it ripped apart the delicately crafted and carefully nurtured democratic fabric of a poor nation wherein lived one-sixth of the human race. Basic violations of the democratic spirit and the crude attempts to legitimise a new type of regime and new criteria of allocation of rights and obligations were more central to what the Emergency was about than the arrest and torture of a few thousand individuals. It was about the abrogation of any sense of boundary or restraint in the exercise of power, and the striking growth of arbitrariness and arrogance with which citizens were dealt with.

JP fulfilled his mission on March 21, 1977, when the Janata Party and allies formed the government after winning 330 out of 542 seats in the Parliament election. Indira Gandhi herself was defeated. Democracy, which India lost on June 25, 1975, was regained.

Forty-five years down the line, is India really a democracy? Of late, fascist forces have been pushing for autocratic rule. Neo-Emergency ushered in through the lockdown and its enforcement has made India a “police state”. Citizens have been deprived of their liberty and freedom as enshrined in the Constitution. It has also prevented them from exercising their constitutional right to livelihood, thereby exposing them to poverty, penury and destitution. With states rendered helpless and reduced to mendicancy, federalism is getting suffocated. We also see the same arbitrariness and arrogance with which citizens were turned into subjects during Emergency and the prime minister seizing “pinnacle-power”.

Pray, where then is democracy?

Did you find apk for android? You can find new Free Android Games and apps.
Share
Facebook
Twitter
Pinterest
WhatsApp
Previous articleA Rainbow in the Sky
Next articleCovid-19 & Child Labour: No Country for Children