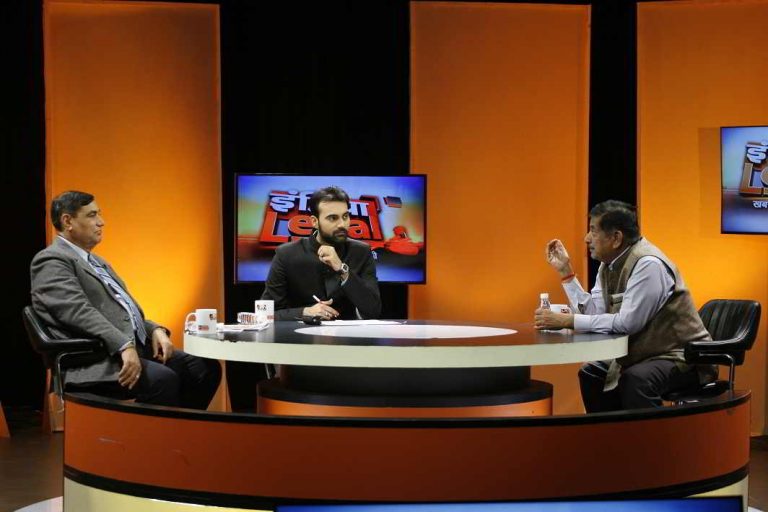 The recent India legal show dealt with two recent cases of corruption and criminalisation of politics that had hit national headlines. One was the conviction of the AIADMK chief VK Sasikala by the Supreme Court, which struck down the decision of the Karnataka High Court to acquit her, the late Jayalalithaa and others in the disproportionate assets case, and upheld the trial court order.

The other was the order of transfer of criminal-turned-politician Mohammad Sahabuddin from Siwan jail in Bihar to Tihar jail in Delhi by the Supreme Court. The court felt that it was necessary to ensure fair trial

Both the verdicts by the country’s top court has once again reposed the faith of Indians on the Supreme Court, which has time and again sent out a clear message that it can go to any extent to stamp out corruption and criminalization in politics.

K Sreedhar Rao said: “Both the decisions are welcome and good. But I don’t think they can change public’s perception at large. The Jayalalithaa judgment was delayed. There are many more corrupt politicians roaming around freely. Corruption cases are pending in courts for years. How can people have faith in the system if it takes months to convict someone? In India, politicians and strongmen like Shahabuddin are more powerful than the law. The fault is with our legal system. Why should a strongman grow to such an extent that he starts dictating the system?”

RB Mishra welcomed the decisions too. He said: “India is the world’s largest democracy. Its legal system is very strong too. No one is above the rule of law and the Supreme Court stood by its statement in the Sasikala and Shahabuddin cases. The mighty and the powerful got convicted.”

Vijender Jain said: “The Supreme Court and the High Court have always tried to maintain the rule of law. Even if the chief minister or the prime minister violates it, they should be convicted. It is now a fact that the most corrupted are our politicians. This judgment will instill people’s belief in the system that none is above the rule of law.”

Rana Mukherjee said these judgments will have far reaching effects on Indian politics. He added: “Both the cases were long pending ones. Corruption and politics go hand in hand in India. The verdicts will make corrupts scared and remind them that no one is above the law. The guilty will be punished. Even those holding the post of chief minister are convicted for corruption. This will actually set a precedent.”

Subhash Kashyap said: “I think the basic source of the problem of corruption and black money lies within political parties and electoral reforms. Very little has been done to tackle the problem here. Unless you tackle this, it is difficult to control corruption in the country.”

Sreedhar Rao felt that there should be a robust and adequate legislation to curb corruption in politics.

See the full video of the show here: