Kayasthas Nitin of BJP and Luv of INC should fight for Bankipur, but it’s not a two-horse race 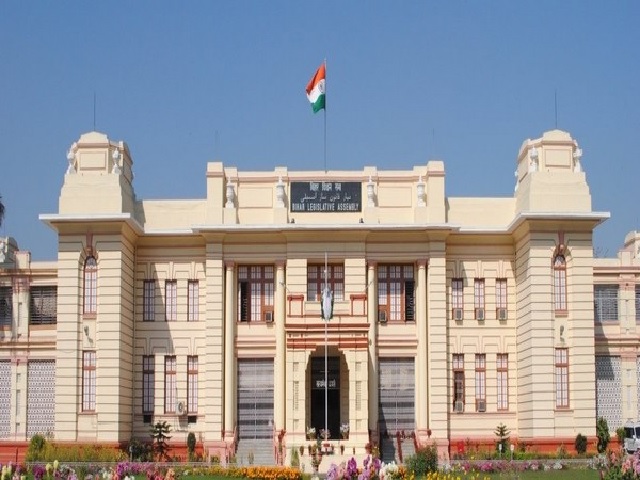 New Delhi (ILNS): The Bankipur assembly constituency of Patna Sahib, Bihar, goes to the polls in the second phase of elections to be held on November 3. And the Congress is likely to field Shatrughan Sinha’s son Luv as its candidate. Opposing him would be BJP’s Nitin Nabin, who has served this constituency for two consecutive terms since delimitation created this constituency in 2008.

What prompted the Grand Old Party to stake its future and pride on this new face?

Shatrughan Sinha has served as an MP from Patna Sahib Lok Sabha Constituency for two terms. Sinha contested from this seat on a BJP ticket in the 2009 and 2014 general elections. In 2009 he won with a margin of more than 1.5 lakh votes by defeating the RJD candidate Vijay Kumar. In 2014 Shatrughan Sinha defeated Kunal Singh who was the candidate from the Congress party with over 2 lakh votes. However, his political career virtually came to an end in 2019 when, after he was denied a BJP ticket, he decided to contest on Congress ticket and lost to BJP candidate Ravi Shankar Prasad by over 2.8 lakh votes.

In the 2019 parliamentary elections the caste factor remained a key pointer, so the BJP and the Congress both fielded candidates belonging to the Kayastha caste. Sinha and Ravi Shankar Prasad are both Kayasths. However, what led the BJP candidate win with such a big margin was the Narendra Modi factor. Last year, general elections were fought under the popular phrase Modi vs Others, while there were no other regional leaders.

Bankipur assembly, within the Patna Sahib Lok Sabha constituency, has over 25 per cent upper caste Kayastha voters. That makes it a BJP stronghold.

Nitin Nabin won by over 50,000 votes in 2010, defeating RJD candidate Binod Kumar Srivastava. In 2015 Nabin defeated Kumar Ashish from the Congress party with a margin of around 39,000 votes.

Congress’ lack of acumen to strike a deal in the maha gathbandhan, has left it in a quandary. On Sunday the BJP declared a list of 46 candidates who will contest from constituencies going to polls in the second phase of the assembly elections on November 3. Senior BJP leaders, including Union minister Ravi Shankar Prasad urged the state’s kayastha community to actively participate in the upcoming elections. Recently Nabin, along with other BJP leaders, gathered at SK Memorial Hall under the banner of Kayastha Samagam to gain the community’s support.

The Congress, on the other hand, has been late in finalizing seats, principally because of a lack of credible candidates backing its mandate.

Did you find apk for android? You can find new Free Android Games and apps.
Share
Facebook
Twitter
Pinterest
WhatsApp
Previous articleLate acquittal will not affect selection process during pendency of case, says Supreme Court
Next articlePIL in Supreme Court asks for directions to states to enforce model builder-buyer agreement