“The whole legal system is not yet available to blind lawyers, litigants” 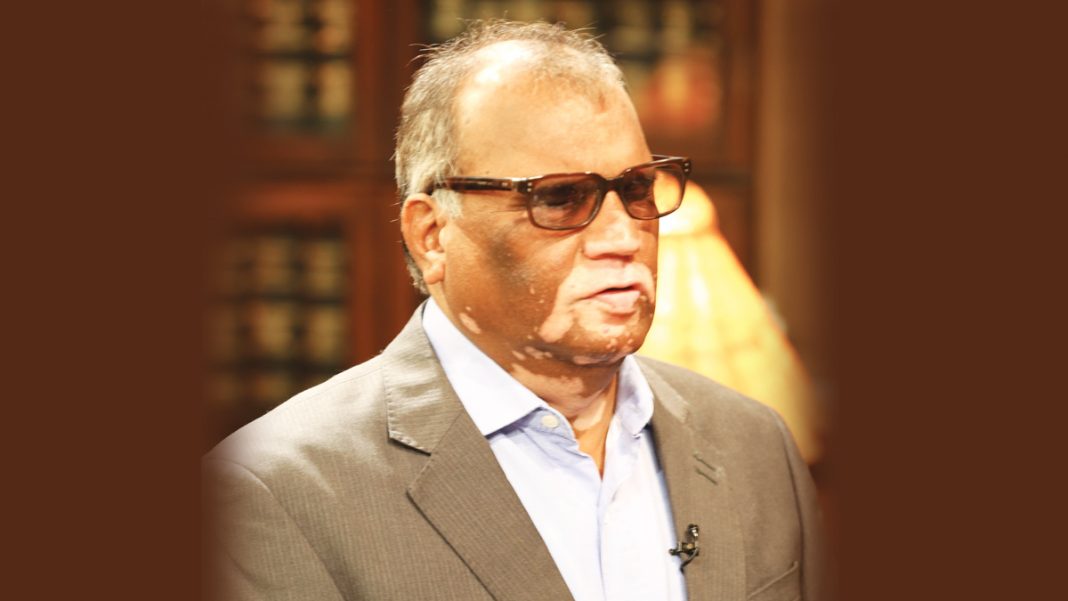 Noted lawyer SANTOSH KUMAR RUNGTA, conferred with the senior advocate title by the Delhi High Court in 2011, is a source of inspiration for other law students or aspiring lawyers with disabilities. Rungta was born with glaucoma which he overcame after a long fight, but lost his eyesight when he was barely one-and-a-half years old. Suffering discrimination in his own home, he never gave up and continued his studies, realising early in his life that the law profession was where his salvation lay. He graduated from the University of Kanpur and became a lawyer. He joined the National Federation of The Blind, where he was elected Secretary General in 1978. Rungta pursued his LLM from the University of Delhi, eventually enrolling at the Delhi Bar in 1982. He has been fighting a battle for the differently abled for the last three decades.

It was Rungta’s petition in 1993 that resulted in the Supreme Court allowing visually handicapped candidates to write their civil examinations in Braille, or with the help of a scribe. Rungta surmounted the difficulties and emerged as an epitome of success. He has proved that situations can make things difficult for you to achieve, but they cannot stop you in the long run, if you have determination.

The issue of real concern today, especially during these pandemic times, is how the Judiciary has adapted itself to people with disabilities. While the Disabilities Act aims to make things better for such people in general across society, how much of that has percolated down to the Judiciary itself? How are lawyers with disabilities, including those who are blind, and even litigants, being helped by the Judiciary?

The problems persist, but so does Rungta’s determination. It goes without saying that his single-mindedness will eventually triumph.

INDIA LEGAL asked Rungta to give his personal views on the issue. Excerpts from an interview:
How has the judicial system of India adjusted itself to the physically challenged either blind or deaf and mute or any other disability lawyers, litigants and others associated with any case?

When we talk about the judicial system, and making it accessible to people with disabilities, I would divide it into two parts. First, as far as the litigants go, the very fundamental issue that arises is how does our existing judicial system treat them insofar as their competence as a witness is concerned. Secondly, how does that system deal with us, lawyers?

In the present legal system, there are multiple challenges. Suppose, in a criminal case, a hearing impaired person a person with major hearing impairment from birth is also generally a person with severe speech impairment has to approach a police station to lodge an FIR. Are there police personnel present at the station who would be able to interpret sign language? Even considering this is done, and the FIR is duly lodged, then going forth, when the matter reaches the investigation stage and the court, do we have the facility of providing sign language interpretation every time? If we don’t, how can there be fair and proper investigation?

The issues continue. After the investigation, when the investigating agency sends the charge sheet to the court and the trial begins, how do you record the clarifications made by the person with disabilities in court? You know, there is a provision in the Indian Evidence Act, 1872, which says that a deaf and mute person is not to be treated as a competent witness. That means if a deaf and mute has a civil or criminal case, he remains aggrieved.

Now, does your law recognise him as a legal person? The answer is, no. So, how will he prove the documents (he presents) to be true, when the law has already said that he is not a competent witness? So is the case with the blind. The case with the blind is this: Say, the blind person goes to a police station and lodges an FIR with the help of somebody, then signs it; or, maybe, the blind person files a suit and signs it as a plaintiff. Now, when it comes to the evidence part, the first and foremost question would be “how would you recognize that these are your own signatures?”

In a real case, where I would not name the judge, I can tell you about one such scenario. I am also an advocate, who is blind. This case was about a blind person who was seeking probate of a will in which the two attesting witnesses were also blind. So, this was a case involving a blind advocate, a blind testator, a blind beneficiary and blind attesting witnesses. When I started adducing evidence of the attesting witnesses for probate and the first attesting witness, who was blind, was produced, the court refused to record his testament.

The judge even went to the extent of saying, “How could you accept the vakalatnama and sign it, and how can you say that these are your signatures on the vakalatnama?’

I did not give up. I took it up to the highest level and it was resolved. But these are the practical problems. Now, thanks to the new Rights of Persons with Disabilities Act, 2016, which recognises the legal competence of all persons with disabilities of all forms, this problem has been resolved to an extent.

Coming to the aspect of being a lawyer, there is no legal issue, apart from the difficulty which I have shared with you. There is no legal impediment, but there are practical impediments, such as accessibility of your whole system. Today, the online systems are inaccessible (to us). Whatever apps are being used during these virtual hearings remain inaccessible to us, the blind. I have the help of assistants, but alone, I could not have done this. Similar is the case with the app used during the virtual court hearings of the Supreme Court.

There are many technical problems that I would not have been able to address alone. I use an iPhone where there is a Braille app. This helps, but there will be lawyers and litigants who will not be having this.

Also Read: Uttarakhand HC sets aside acquittal of 3 murder accused, sentences them to 18 months in jail

You had made up your mind to be a lawyer at a very early age. Who did you look up to, or who was your idol?

At that time I had no one as such in my mind from a legal field, it was basically a reaction to negative attitude towards persons with disabilities, particularly the blind. It was a kind of reactionary decision. When I joined the legal profession, I looked up to Ram Jethmalaniji.