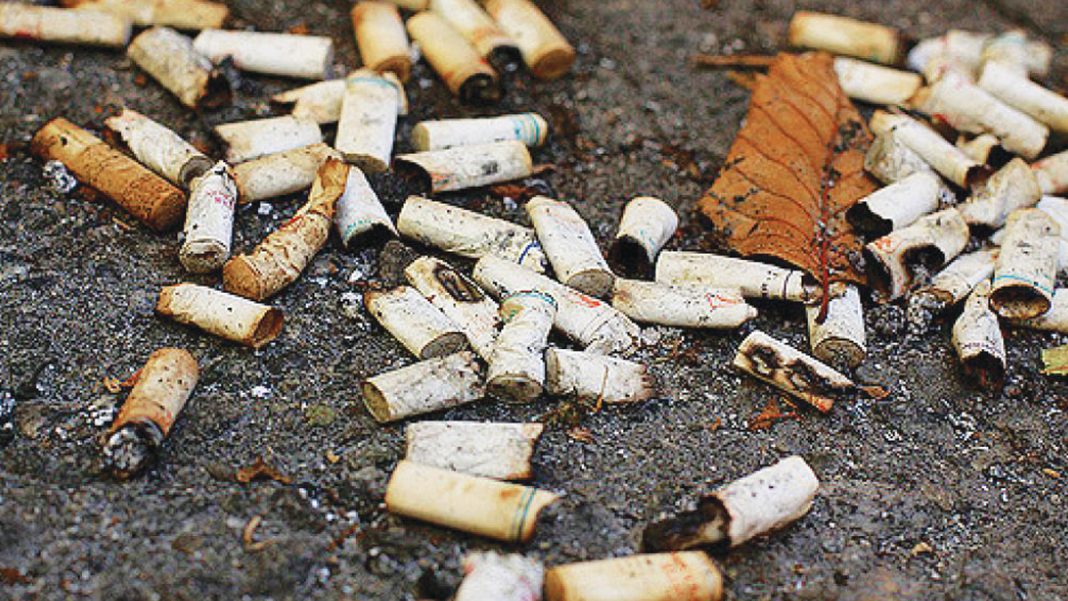 In a laudable move, the Tribunal has asked the Central Pollution Control Board to frame rules for the disposal of cigarette and bidi ends within three months.

The National Green Tribunal (NGT) has directed the Central Pollution Control Board (CPCB) to frame guidelines for the disposal of cigarette/bidi butts in the interest of the environment within three months. The principal bench of the NGT, comprising Justice Adarsh Kumar Goel, Justice SP Wangdi and Dr Nagin Nanda, while hearing a matter seeking direct regulation of disposal of cigarette and bidi butts, apart from prohibiting the consumption of tobacco in public places, noted that tobacco was undoubtedly harmful.

A plea was filed before the NGT by Doctors for You seeking directions to regulate the disposal of these butts and prohibit consumption of tobacco in public places. “The butts are particularly harmful to fresh­water bodies, the ocean, and to marine life,” the petition stated.

The health ministry in its response submitted that tobacco was detrimental to health. Cigarette and bidi butts were not bio-degradable. The ministry had enacted the Cigarettes and Other Tobacco Products (Prohibition of Advertisement and Regulation of Trade and Commerce, Production, Supply and Distribution) Act, 2003, and also framed rules.

The counsel for the applicants stated that apart from consumption, right from cultivation till the disposal of tobacco, the entire chain had a serious effect on the environment and sometimes led to forest fires. The petition further stated that its “cultivation, processing, production, and disposal was harming the ecology badly”.

Earlier, the Tribunal had directed that a study be conducted by the Indian Institute of Toxicology Research on whether cigarette and bidi butts fall within the category of toxic waste or not.

According to a Tobacco Product Waste Reduction Toolkit, published by the California Tobacco Control Program, the following methods can reduce toxic waste generated by cigarette butts:

According to Report on Tobacco Control in India by the Ministry of Health and Family Welfare,

It adds that as tobacco is processed, it consumes fuel wood, causing deterioration of forest cover. It grows in dry lands, is water-demanding and consumes large quantities of fertilisers and pesticides. “The making of cigarettes and cigars also produces large quantities of waste in the form of tobacco slurries, solvents, oils and greases, paper, wood, plastic, packaging materials, and results in air pollution. In the United States of America, for example, the tobacco industry ranks 18th among all industries in the production of chemical waste,” it says.

It affects the environment through deforestation, bio-diversity losses, use of pesticides and fertilisers and there are social costs. As mandated by Parliament and directed by the Supreme Court, the centre has the responsibility for initiating legislative and administrative measures for tobacco control at the national level.

Action should be taken before everything goes up in smoke.