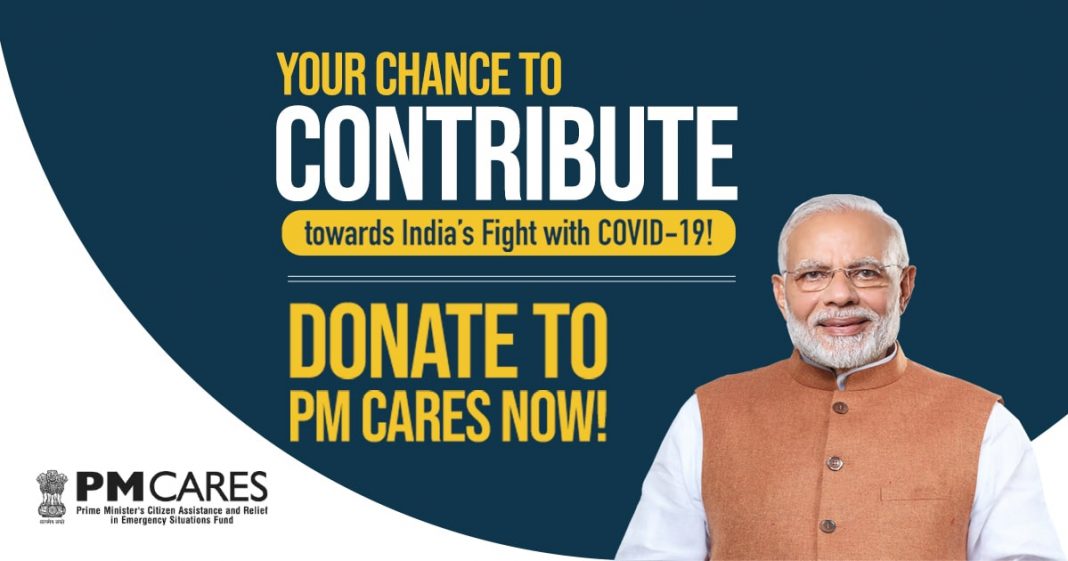 Ever since the Fund was created, it has been beset by controversy for being non-transparent. Though this has reached the SC, the centre is in no mood to answer any questions

The declaration of Covid-19 as a pandemic followed by a nationwide lockdown led to donations pouring in to help states and people. And on March 28, Prime Minister Narendra Modi announced the creation of a brand new fund, PM CARES (Citizen Assistance and Relief in Emergency Situations).

While the Fund received donations from all over the country, several objections and questions were raised over it. Several RTI applications were filed, opposition leaders wrote to the prime minister and some people even approached courts. The issue has now reached Parliament and the Supreme Court with a public interest petition being filed and the BJP blocking a parliament panel review of the PM CARES Fund.

The controversy over the Fund has been snowballing with even the Public Accounts Committee, a parliamentary panel, which scrutinises key reports by the comptroller and auditor-general (CAG), being unable to arrive at an agreement on examining the Fund. The Committee chairman and the leader of the Congress party in the Lok Sabha, Adhir Ranjan Chowdhury, asked the members to find a consensus on this crucial issue.

However, its attempt to take up the PM CARES Fund for examination was blocked by the ruling party BJP, which has a majority in the panel. It stated that its funding is not sanctioned by Parliament and therefore, it cannot be taken up by the Committee.

Last month, a petition was filed before the Supreme Court seeking a direction to the centre to transfer all contributions to the PM CARES Fund to the National Disaster Response Fund (NDRF). The plea was filed by NGO Centre for Public Interest Litigation and also asked for the setting up of a national plan under the Disaster Management (DM) Act for Covid-19.

According to the petitioners, NDRF should be used in the fight against the coronavirus and future contributions and grants by individuals and institutions for the Covid-19 battle should be credited to it and not the PM CARES Fund. While pointing out that the Fund is not subject to a mandatory CAG audit and was even outside the purview of the Right to Information Act, they also alleged that the centre had been refraining from divulging information about the specific utilisation of crores of rupees that have been contributed to the PM CARES Fund, till date.

After a three-judge bench of the apex court comprising Justices Ashok Bhushan, SK Kaul and MR Shah issued a notice to the centre and sought its response, the government submitted an affidavit defending the Fund. It informed the Court that the existence of the NDRF does not stop authorities from creating another fund like the PM CARES Fund for voluntary donations.

It also said that the prayer to credit funds received in PM CARES to NDRF is neither maintainable on merit nor is otherwise maintainable under Article 32 as all funds other than those stipulated under Section 46 of the DM Act, 2005 are separate, different and distinct, created separately under separate provisions.

When a petition was filed before the Supreme Court questioning the need to create a dedicated PM CARES Fund and several State CM Relief Funds when the NDRF and the State Disaster Relief Funds were already formed in 2005 under the DM Act, the Court noted that such petitions had a political colour to them. The Court also dismissed another PIL questioning the very basis of forming a PM CARES Fund.

“PM CARES Fund is not a Public Authority under the ambit of Section 2(h) of the RTI Act, 2005. However, relevant information in respect of PM CARES Fund may be seen on the Website—pmcares.gov.in,” stated the reply.

The same response was received by advocate Yash Jain, who too had filed an RTI application on April 1 seeking details regarding the constitution of the Fund and the purpose of creating it, instead of using the Prime Minister’s National Relief Fund (PMNRF).

(a) By or under the Constitution;

(b) By any other law made by Parliament;

(c) By any other law made by State Legislature;

(d) By notification issued or order made by the appropriate Government.

According to the RTI Act, only such information which is held by or under the control of any public authority can be accessed by the general public through RTI.

In 2018, a division bench of the Delhi High Court heard a petition on the issue of whether the PMNRF was a public authority under the RTI Act and was liable to disclose information to applicants. While Justice Ravindra Bhat stated that it was a public authority, Justice Sunil Gaur did not agree. The case was then sent to the acting chief justice of the High Court and is still pending.

Meanwhile, the Bar Council of Delhi (BCD) has written to Modi to provide financial aid from the Fund to its members who have been hit by a financial crisis due to Covid-19. KC Mittal, BCD chairman, said the condition of advocates was worsening and the Council needed financial relief of Rs 500 crore.

“The BCD has already disbursed Rs 8 crore among needy lawyers and more needs to be done in order to give them succour,” he said. He demanded release of funds from the PM CARES Fund as well as contingency funds created under Article 267 of the Constitution. The letter reads: “It needs to be recognised that the legal community in Delhi and NCR is facing a severe financial crisis and the situation demands urgent intervention by the government.”

It claimed that the Fund has in its corpus a sum of Rs 9,677.9 crore and had categorically been created to meet “unforeseen disastrous situations” like the present one. “In such an emergent and disastrous situation, the citizens cannot be left high and dry,” said the letter.

When the PM CARES Fund was launched, Modi had invited public contributions to fight the pandemic. It was set up as a public charitable trust and its chairman is the prime minister and its members include the defence, home and finance ministers. The Fund receives voluntary contributions from individuals and organisations with no budgetary support. The donations made to the Fund not only qualify for 80G benefits for 100 percent exemption under the Income Tax Act, 1961, but also qualify to be counted as Corporate Social Responsibility (CSR) expenditure under the Companies Act, 2013.

According to the official website of the Fund, it will be audited by one or more qualified independent auditors who will be appointed by the trustees. However, what has disappointed citizens is the lack of information about the procedure that was followed prior to formation of the trust, as even to form a trust, a trust deed stating the objective and rules and regulations of the trust needs to be framed and registered. The trustees too are under an obligation to follow the due process of law. The trust deed of the PM CARES Fund, according to which a trustee is supposed to manage its properties, was not released in the public domain. What has bewildered people is how a Fund of which the PM is the ex officio chairman and which is created and run by four cabinet ministers in their ex officio capacities is not a public authority as they clearly represent the government in their respective positions and can’t hold those positions in their private capacity.

At a time when a pandemic is raging in India, the idea of creating a fund in the national interest would have been appreciated if it was followed by a transparent approach and total disclosure of information. Denying this only gives a wrong impression and all kinds of imputations are attached. Those who have donated to the Fund have a right to know how much money has been collected, how it has been used and who are the recipients, especially when the donations were made with the bona fide belief that it was completely transparent. After all, in a democracy the government can be held accountable and the people have the right to get answers.

Did you find apk for android? You can find new Free Android Games and apps.
Share
Facebook
Twitter
Pinterest
WhatsApp
Previous articleDirect Univs to decide own action plan on exams: Yuvasena plea to SC
Next articleWhere the Mind is With Fear…