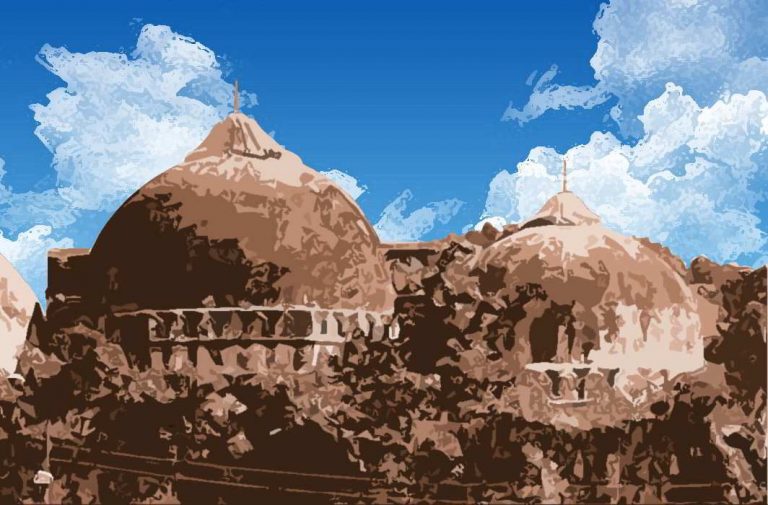 The Supreme Court has deferred the Ayodhya lawsuit to February 2018. The matter came up through civil appeals filed by various parties challenging the 2010 verdict in the Babri Masjid case by the Lucknow Bench of the Allahabad High Court. The High Court had ruled in a majority judgment of 2:1 that there should be three-way division of the disputed 2.77-acre plot at Ayodhya—one-third for the Sunni Waqf Board, one-third for the Hindu religious denomination, Nirmohi Akhara, and one-third to the party for “Ram Lalla”.

Senior advocate Kapil Sibal, appearing for the Sunni Waqf Board, argued that there were around 19,590 documents and exhibits which had to be placed on record before the court. He asked for postponement of the hearing till July 2019, saying that there would be serious social and political ramifications due to the Lok Sabha elections in 2019. The Court rejected his plea.

Sibal was vehemently opposed by Additional Solicitor General Tushar Mehta, who was representing Uttar Pradesh, and other senior counsel such as Harish N Salve, CS Vaidyanathan and K Parasaran, on the ground that all the exhibits had been filed and it would not be wise for the Court to deliberate on the same.

Before the bench of Chief Justice Dipak Misra, Justices Ashok Bhushan and Abdul Nazeer could address the regular proceeding, Rajeev Dhavan, senior counsel for the appellants, submitted that the matter be referred to a larger bench in view of the decision rendered in 1994 by a five-judge Constitution Bench in Jamiat-Ulama-E-Hind & Anr. vs. Union of India & Ors., (1994) 6 SCC 360, which held: “A mosque is not an essential part of the practice of the religion of Islam and namaz (prayer) by Muslims can be offered anywhere, even in open. Accordingly, its acquisition is not prohibited by the provisions in the Constitution of India. Irrespective of the status of a mosque in an Islamic country for the purpose of immunity from acquisition by the State in exercise of the sovereign power, its status and immunity from acquisition in the secular ethos of India under the Constitution is the same and equal to that of the places of worship of the other religions, namely, church, temple etc. It is neither more nor less than that of the places of worship of the other religions.” The decision of the five-judge bench touched on the secular aspect of this case and there was a need to refer this matter to at least a seven-judge bench, said Sibal.

This was opposed by Parasaran and Salve on the ground that the issue of whether the matter should be referred to a constitutional bench cannot be adjudged at this juncture. Salve argued against escalation of the matter to a larger bench because the judgment of the five-judge Constitution Bench was binding on this Court. He said that if the occasion arose, the matter could be considered, but the process of hearing this matter should not be stalled.

To facilitate smooth functioning, the apex court has asked all senior advocates, advocates-on-record (AoRs) and advocates to work in harmony. All the litigants are supposed to work with mutual consensus and ensure that the requisite documents are filed within a stipulated timeframe, the Court said. If any part of the pleadings is required to be exchanged, they should do so in order that there is no adjournment and regular hearing can commence. It also directed that all the AoRs should file a common memorandum after all the do­cuments are ready for filing. In case of ambiguity, it has to be addressed by the apex court’s registry and if the matter is incomplete, it shall be placed before the CJI. However, it seems that Ayodhya politics will impact the legal aspect.