Canada’s top court charged a person with sexual assault for not wearing a condom without the partner’s consent. This is a criminal offense in many nations as it is akin to rape, but in India, it is an ignored subject 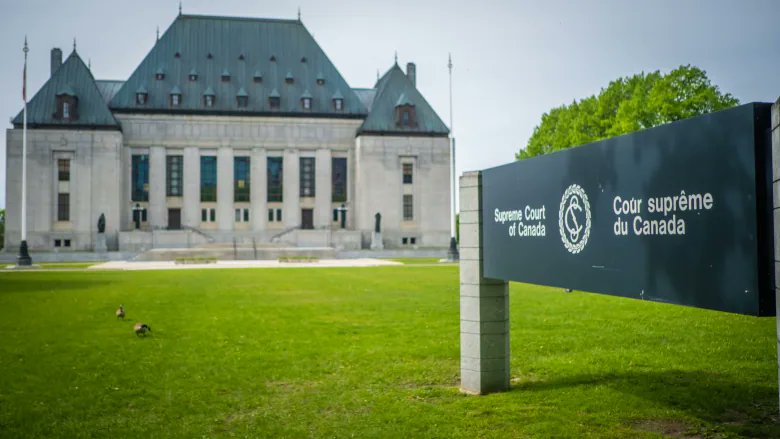 The question of consent during a sexual act has been a much debated one. A recent judgment of the top court of Canada has added a new dimension to the already complicated issue.

A majority of 5:4 ruled in favour of a person being charged with sexual assault for not wearing a condom without the partner’s consent during sex. The judgment was given in the case of one Ross McKenzie Kirkpatrick who was initially acquitted of the charge in British Columbia before an appeals court ordered a retrial.

The Supreme Court later ruled that Kirkpatrick must face a new trial. He was accused of not wearing a condom during sex with a woman who consented only to protected sex. The Court did not say whether the accused was guilty of those charges or not.

Whether giving consent for sexual activity also implies permission to do so without the use of condoms, especially when the woman has consented provided a condom is used, has been the major question in this case. Though this issue has come into the limelight only recently, it has been discussed over the years.

The act of secretly removing the condom during sex, sometimes referred to as “stealthing”, has come under legal scrutiny in many countries, including Germany and Britain, both of which have convicted people for the said act. California too joined the list and outlawed the offence of removing the condom despite an agreement to using the same last year. In Australia too, in 2018, a man who had removed a condom in the middle of sexual intercourse without the permission of his partner was held liable for rape.

The Canadian law defines sexual assault broadly. It includes all unwanted sexual activity, such as unwanted sexual grabbing, kissing and fondling as well as rape. As per the Canadian law, sexual activity is only legal when both parties give their consent. However, despite the broad definition, sexual assault requires proof of a lack of consent to a particular sexual activity, which also includes the use of a condom. When a condom is removed in the middle of sexual intercourse without the consent of the partner, it is akin to deceiving the other partner who has consented to protected sex only. This act of stealthing may also result in an unwanted pregnancy or expose the partner to the risk of sexually transmitted diseases.

Even though the act of stealthing has already been criminalised in many countries, in India, it has not been given the weightage it deserves. It is a sad reality that in a country where the offence of rape goes unreported due to social taboo, stealthing is not even recognised as an offence. Rather, it results in the complainant being harassed and termed a loose woman. Different countries give different interpretations to stealthing as a sexual offence and try to give reasonable justifications for it.

Even though most of the developed countries do not specify stealthing as illegal, some countries are making attempts to deal with the issue. The Supreme Court of United Kingdom held in Assange vs Swedish Prosecution Authority that stealthing would fall under the definition of rape. The Court went a step ahead and introduced the Doctrine of Conditional Consent and it was with this that the issue of stealthing gained huge international attention.

In a study titled “Rape Adjacent” conducted by law graduates of Yale University in 2017, it was found that many men tend to remove condoms in the middle of sexual intercourse in order to enhance sexual pleasure and also ascertain their masculinity. So, one of the reasons for the non-reporting of stealthing may also be that such behaviour has been normalised.

Another root cause of stealthing is that most men believe that they can indulge in any sexual activity with a woman once her consent has been obtained and this includes having sex without a condom. The problem assumes a huge proportion in a country like India where condom usage is unpopular to begin with. A study by the National Family Health Survey shows that despite there being 94% awareness amongst the male population over the use of condoms, less than 5% actually use them. In this scenario, where the offence of rape is also not being reported, imagining that stealthing will be given importance seems far-fetched.

Most women rights activists feel that stealthing should be brought under the definition of rape and if the woman grants conditional consent to the act of sexual intercourse, it must strictly stick to those conditions. Any deviation in the nature of non-usage of a condom is not only deceptive and non-consensual, but exploitative, they feel.

Stealthing in India is an ignored subject, not only by the public, but also by the judiciary and the legislature. A plain and textual reading of Section 375 of the IPC does not mention stealthing. But a deeper reading suggests that if the consent obtained is conditional, then that condition must be met. At the same time, it needs to be remembered that such consent is also revocable and hence, if someone has consented to protected intercourse and the protection is removed mid-way without informing, then it amounts to no consent at all.

Stealthing also brings with it many other risks for the participants that cannot and must not be ignored. Apart from the risk of unplanned pregnancy and STDs, stealthing has also been identified as a means of intentional transmission of HIV and attracts criminal liability under Section 270 of the IPC. It not only attacks the sexual agency of a person, but also causes acute mental anguish leading to a loss of self-confidence and sometimes, depression.

It is high time that stealthing is criminalised in India and this can be done by reading the explanation to Section 375 in a broad way. The victim can very well argue that she gave consent to the act of sexual intercourse only with the condom on and as soon as this was removed without her knowledge/consent, the consent was automatically vitiated. It needs to be clarified by the Indian legislature that if a woman is giving consent to sexual intercourse with a condom, it does not imply that she is giving consent to all the various kinds of penetrations. This proves why stealthing must be included under the definition of rape.

The Canadian mindset is quite similar to the Indian one and hence, if such an important judgment can be passed by its Supreme Court, it is time to do so in India too. Article 21of the Constitution talks about the Right to Life which has been interpreted by the Supreme Court to include the right to bodily integrity. And it is the same right that allows one to choose whether to have sexual intercourse with the condom on.

Any kind of act that reneges on the consent that was obtained with the promise to use a condom must be punished in order to preserve the integrity of the body and mind of a woman. After all, “only yes means yes and no means no, it cannot be that ‘no, not without a condom’ means ‘yes, without a condom’.”