EB-2020 could make electricity hard to access for vulnerable communities and prevent states from giving relief. It will centralise power and reward big corporate. By MG Devasahayam 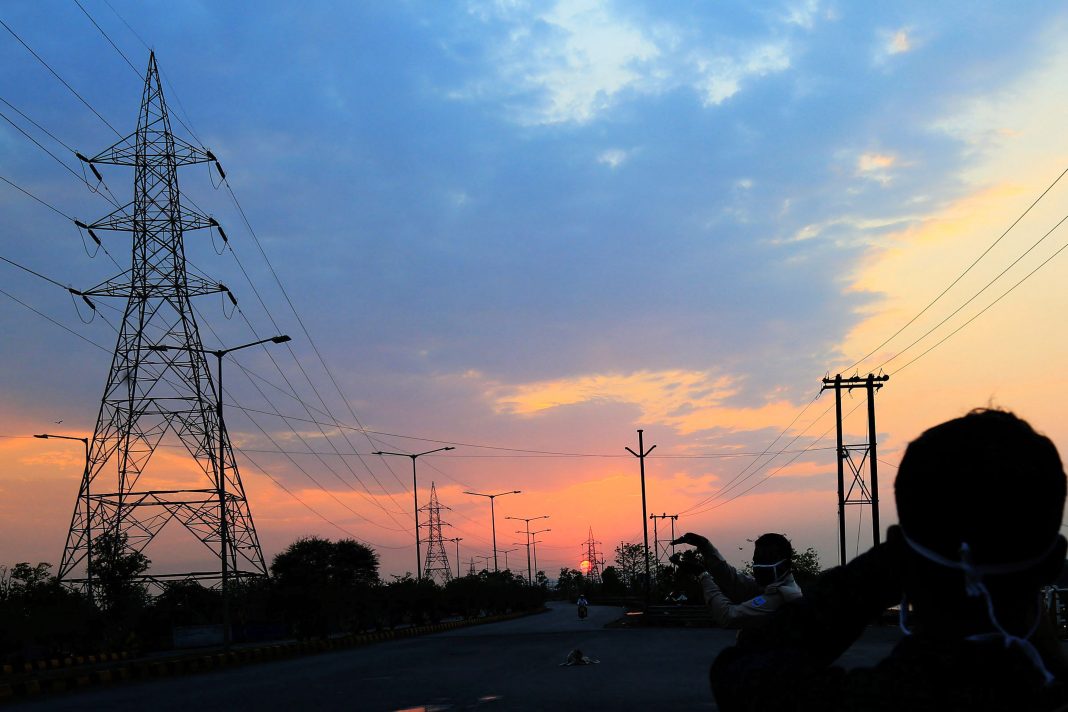 In the midst of a pandemic-driven curfew, the government stealthily pushes through stifling and controversial policies and amendments to critical laws and rules that will have an adverse impact on India’s polity and the economy. The Electricity (Amendment) Bill, 2020 (EB-2020) notified by the Ministry of Power (MoP) on April 17, 2020, is one of them. At a time when all forms of meetings, interactions, discussions and protests are choked, MoP gave 21 days for the public to respond.

First, a brief recap. India is the world’s third-largest producer and consumer of electricity. As of March 31, 2020, it had an installed generation capacity of 3,70,106 MW. Of this private, state and central shares are 47%, 28% and 25%, respectively. Transmission lines are owned mostly by state companies (57%), followed by central (37%) and private (6%) companies. Distribution and supply are totally carried out by state-owned distribution companies (DISCOMs) or Electricity Boards except in a few cities such as Delhi, Noida, Mumbai and Kolkata. Electricity is a concurrent subject under the Constitution.

The distinct characteristics of India’s economy and its power sector make it very difficult for market forces to operate effectively to generate and deliver power in an efficient, economic and equitable manner. Yet, India adopted a World Bank-sponsored structural and market-oriented management model in the reforms launched in 1995-96.

These are to be turned into privately owned firms with “the quest for profit and greater commercial orientation” than government-owned SEBs. Efficiency was to be achieved by a “trickle down” process, passing through the layers of restructuring, unbundling and privatisation and tariff rationalisation on a cost-plus basis. Priority was given to setting up generation stations adopting the Public-Private Partnership (PPP) model.

Hoping to pluck low-hanging fruits, Independent Power Producers (IPPs) from abroad, mostly the US, came in droves to set up generating stations and sell electricity to SEBs at much higher tariffs than the prevailing rates. But due to the near-bankruptcy of SEBs, this did not work. Instead, scandals like Enron happened. The World Bank and ADB panicked and withdrew from the power sector in 2002 after spending millions of dollars on consulting services and project formulations. IPPs also trooped back in droves. Ironically, “reforms”, supposed to resolve problems, brought about a crisis. This was because, instead of the utility-oriented, efficiency (distribution)-driven reform option, the government pursued market-oriented, big-ticket (generation)-driven reforms. It was under these circumstances that the Electricity Act, 2003 (EA-2003) was enacted. The objective was to introduce competition, protect consumers’ interests and provide power for all. The Act provides for a national electricity/tariff policy, rural electrification and open access in transmission/ distribution, phased elimination cross-subsidies, mandatory Electricity Regulatory Commissions (ERCs), licence-free generation and distribution, power trading, mandatory metering and stringent penalties for theft of electricity. It is comprehensive legislation replacing Electricity Act, 1910, Electricity Supply Act, 1948 and Electricity Regulatory Commission Act, 1998. EA-2003 mandated dismantling of SEBs, forming them into DISCOMs. There was some minor amendment to this Act in 2007.

Taking advantage of the liberal provisions of the Act, mega and ultra-mega power plants were set up, substantially increasing the installed capacity in the private sector, the share of which is 47% now as against almost nil before the reforms. All of them have entered into Power Purchase Agreements with various DISCOMs/utilities in the country. As the demand did not catch up and the cost was high, DISCOMs could not buy the power produced. Even where power was bought, they could not pay for it. This led to a sharp downslide of the average plant load factor to a dismal 57%, the lowest in over a decade. Private power plants became non-performing with massive stressed assets.

As this crisis was peaking, in 2013/2014, the government went back to the World Bank, which did a fresh diagnosis and suggested a slew of reforms on the distribution side. EB-2020 incorporates almost all the prescriptions of the World Bank. The Bill was originally introduced in the Lok Sabha in December 2014. It was examined by the Standing Committee on Energy which suggested certain changes and was reintroduced in 2018. It has cropped up again in 2020.

Like the 2018 version, EB-2020 envisages separate licences for distribution and supply of electricity. There can be multiple supply licensees in an area which would enable consumers to migrate from one supplier to another. The Bill proposes the same PPP model of the World Bank which has been a consistent failure. It also proposes privatisation of DISCOMs in the name of franchises and sub-franchises in the distribution sector. This could lead to cherry-picking in the sense that while profitable franchises will go to private entities, DISCOMs will be saddled with loss-making business. What is bad is that the tariff will be determined by the Central Commission on a cost basis rather than a competitive basis. This will increase the tariff rate to be recovered from consumers.

The Bill defines renewable energy (RE) in detail and provides for its supply by coal/lignite-based generators through “Renewable Generation Obligation” as well as purchase by DISCOMS/supply licensees through “Renewable Purchase Obligation”. It also defines “decentralised distributed generation”, including the hybrid power system. The Bill also defines “renewable energy sources” as hydro, wind, solar, bio-mass, bio-fuel, bio-gas, waste including municipal and solid waste, geothermal, tidal, forms of oceanic energy and co-generation from these sources. All these will facilitate RE-driven “energy transition” which is the need of the hour.

But the devil in EB-2020 are the devious provisions to extinguish the role that state governments play in this key sector and seamlessly shift electricity from the Concurrent to the Union List. First is to remove Section 85 which empowers state governments to set up a selection committee for selecting the members of the State Electricity Regulatory Commission (SERC). Now, under Section 78, SERC members would be selected by a committee to be appointed by the centre. This eliminates the state government from the regulatory and tariff-setting process of electricity which is a critical area.

Second is Section 109A that provides for establishing a new Electricity Contract Enforcement Authority (ECEA) by the central government. This Authority will have the sole jurisdiction to adjudicate upon matters regarding performance and powers to direct parties to perform their obligation under the contract related to sale, purchase or transmission of electricity. Regulation or determination of tariff or any dispute involving tariff will continue to remain with SERCs. This could prove detrimental to the health of DISCOMs and access to affordable power for consumers because most of the contracts signed with private entities are costly and much higher.

Besides, it militates against the cardinal principle of “merit order purchase”, which is a way of ranking electrical generation based on ascending order of price together with the amount of energy that will be generated. In load despatch centres, the ranking is such that those with the lowest marginal costs are the first ones to be brought online to meet demand and plants with the highest marginal costs are the last to be brought on line. Dispatching generation in this way minimises the cost for DISCOMs\utilities and tariff for consumers.

As against this, RE enjoys a “must run” status, which means that the concerned power plant has to supply electricity to the grid under all conditions. Renewable players have raised concerns in recent months about rising instances of DISCOMs/utilities unplugging their generating capacity from the grid and delaying payments. Enforcing original contracts in these cases can sound the death knell of power utilities, leading to a sharp hike in tariffs.

Take, for instance, Adani Group’s 648 MW solar plant in Ramanathapuram district of Tamil Nadu. The Group signed a PPA with the utility, TANGEDCO. The 313-MW solar project commissioned before the March 2016 deadline got a tariff of Rs 7.01 per unit, while the 335 MW project was being paid the lower tariff of Rs 5.10 per unit. Both these tariffs are much higher than the present solar power rate of less than Rs 3 per unit which is likely to fall further. Claiming “must-run” status, the Adani Group wants TANGEDCO to buy all the power it generates at this high cost. If the new ECEA orders enforcement of the contract, TANGEDCO either has to sharply increase the tariff for consumers or go into bankruptcy. Similar would be the case with many other DISCOMs/utilities.

EB-2020 could make electricity hard to access by vulnerable communities and prevent states from giving any relief. In the event, its objective seems to be to centralise power and reward big corporates while subjugating states and fleecing consumers.

The finance minister’s stringent power sector reform proposals, including elimination of cross-subsidies in retail tariff which was announced as part of the Covid-19 economic revival package and a Rs 90,000-crore bail-out for big-ticket generation companies, vibes with this objective.

Switching off states with a sinister agenda?