The Trauma of Disaster Economies

As jobless men lose their identity during the lockdown, they take out their anger against women and cut out their one avenue for escape. Civil society needs to step in and help. By Shiv Visvanathan 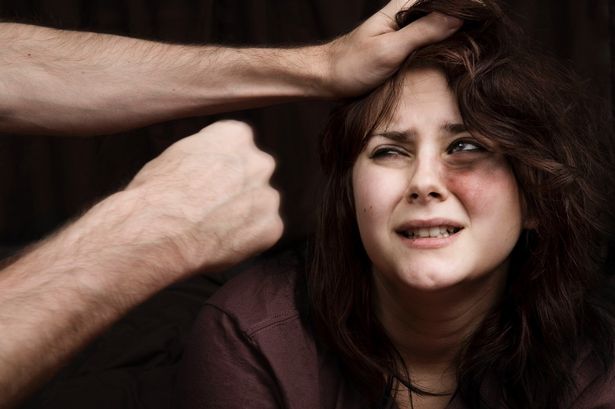 No one looks at the crisis of the patriarchal economy within a broader political and moral framework. The Indian family is a fragile thing at best with some of the highest incest rates. The myth of the Indian family can be maintained only in periods of normalcy. When there is work, men feel more at home with themselves. There is a sense of certainty and identity even within the temporariness of an informal economy.

However, recessions and epidemics rip open the assumptions of family life. The man is no longer the breadwinner. Jobless, he loses both his sense of masculinity and identity. The vulnerability of man expresses itself in violence against those who are even more vulnerable than him. Women sense this and worry.

A worker who came from the neighbourhood slum where her husband was an auto driver asked me recently: “A few of us women are doing domestic work and keeping our jobs. What happens to our husbands doing odd jobs and heavy labour during these moments?” The woman added that men feel resentment against the world, for which there are few outlets. Drink and violence seem to be the only answers.

Time exaggerates this problem. In the first week of the crisis, families seem to adjust, but as the time passes, hunger and uncertainty corrode them. They have no social security, no claim to welfare. There are no voluntary groups or civil society to help. Tensions increase and violence becomes the only answer. It is a sequence one sees in the psychology of the slum and the middle class. Few psychologists explore what can be called the trauma of disaster economies. In fact, there is a middle class bias in these discussions. As the saying goes, the elite and the middle class can have migraine but the poor are not even entitled to a headache.

But there is more. The coronavirus was like a tectonic shift. The lockdown closed many things down, but also exposed older frailties. One is reminded of Nirad C Chaudhuri’s statement that Indian families are married divorced and don’t know it. He was referring to the quality of relationship between genders. Boredom and anxiety bring the crisis to the fore. Middle class women are again the victims. As lawyer Vrinda Grover said, the lockdown cuts out the one avenue for escape. Women cannot escape to their native homes. They are locked down in a personal cage but are exposed to the social virus of violence. They have little recourse to the police in such a situation. Habitually, they look to other institutions for help. The lockdown turns boredom into a terror of endless waiting.

However, the violence of the male in such a situation cannot be dismissed simply. He is both perpetrator and victim. One has to understand what he is being subjected to. The city for him becomes a Hobbesian society, where lathicharges become a way of life. He has shades of paranoia as he hears the reports of crowds beating a man for coughing too loudly. The patriarchal male of the informal economy is a pathetic creature. Between the economy and the street-level polity, he has little to look forward to. When he goes home, he has even less to offer. Violence and anger become expressions of the sheer emptiness of the situation.

Yet, society, and civil society in particular, needs to respond beyond commenting on the statistical normalcy of the situation. When voluntary groups intervene, the hapless society sees anchors beyond itself. Hunger has to be met, work has to be created. But there is also a sense of trauma, pain and memory one must listen to. A friend of mine once suggested that India needs an equivalent of the Alcoholic Anonymous —“Violence Anonymous”.

Violence today has become equally addictive to the male. A violence anonymous where brutality is recognised as a socio-psychological problem. Victim and perpetrator need to be listened to. Civil society needs to step in as an addendum to the law, to create new possibilities that such families cannot dream off. More than charity, it is violence that begins at home.

One has to ask about the social and psychological costs of the various decisions of the regime. Unemployment and the travails of migration have to be read psychologically. A migrant is literally in exile from his family and marginal to the society where he works. Social scientists and human rights groups have been noticing that such marginal groups become vulnerable to the police economy. A police station in these locations is a source of continuous threats and violence. When there is an epidemic of anomie, as during the coronavirus, it is the police that magnifies the violence that accompanies it.

As human rights activists have observed, there is an ironic correlation between public health and social health. The coronavirus becomes a display of such ironies. Human rights activists need to have futuristic scenarios and alternative solutions as these situations emerge.

A story in The New York Times—“A New Covid-19 Crisis: Domestic Abuse Rises Worldwide”—recently said that mounting data suggests that domestic abuse is acting like an opportunistic infection, flourishing in the conditions created by the pandemic. Domestic violence goes up, says Marianne Hester, a Bristol University sociologist, whenever families spend more time together.

Matters finally came to a head so much so that the United Nations called for urgent action to combat this scourge. “I urge all governments to put women’s safety first as they respond to the pandemic,” Secretary General António Guterres tweeted.

But governments worldwide did not foresee this and are trying to respond to this risk. The paper said that in Anhui Province, in eastern China, Lele, a 26-yer-old woman, while holding her 11-month-old daughter, was beaten by her husband with a chair. “Eventually, she says, one of her legs lost feeling and she fell to the ground, still holding the baby in her arms.”

The NYT article said: “As quarantines take effect around the world, that kind of ‘intimate terrorism’— a term many experts prefer for domestic violence—is flourishing.”

In Spain, the emergency number for domestic violence received 18 percent more calls in the first two weeks of the lockdown than in the same period a month earlier. The French police too has reported a nationwide spike of about 30 percent in domestic violence.

Judith Lewis Herman from Harvard University Medical School said that the coercive methods used by domestic abusers are similar to kidnappers who controlled their hostages and repressive regimes. Besides physical violence, the article said, “common tools of abuse include isolation from friends, family and employment; constant surveillance; strict, detailed rules for behavior; and restrictions on access to such basic necessities as food, clothing and sanitary facilities”.

–The writer is a member of the Compost Heap, a commons of ideas exploring alternative imaginations