While the top court has been forced to switch to online hearings, it is a huge challenge to keep to its commitment of delivering justice to citizens. How does it operate these days?

THE Indian judiciary, like other institutions, is facing an unprecedented challenge and trying hard to devise means to keep the wheels of justice moving. The main avenue is by adjudicating urgent matters through video-conferencing and issuing several directions. According to Chief Justice of India SA Bobde, the Supreme Court was amongst the first institutions in India to respond to the threat posed by Covid-19 and the decision to make a transition to video-conferencing was done to reduce the footfall in court premises. “We have to change according to the needs of the times, there is a need for change of mindset. Now, there is no going back,” he had said.

Since March 22, the apex court has decided to restrict its functioning to extremely urgent matters and a bench was set up to hear the same over video-conferencing. The Court set up a room on its premises with video-conferencing facilities available to ensure accessibility to all those lawyers and advocates who may not have the required infrastructure available otherwise. A limited number of journalists were also allowed to view hearings from a video-conferencing room, in the spirit of keeping hearings open to the public.

During virtual court hearings, the parties access the link of the hearing provided to them and join other concerned parties in a virtual waiting room, before being connected to the virtual courtroom for their hearing. Once in the virtual courtroom, the counsels introduce themselves to the judges, and on being asked, may make submissions. The parties are required to keep their “microphones” on mute mode at all times and “unmute” it only when asked to make more submissions. They have to stay online till the judges conclude the hearing of the matter, and need to ensure that they don’t record or broadcast the hearing.

The Court has also implemented a new dress code, replacing the traditional black coats and gowns as a precautionary measure to combat the ongoing spread of the coronavirus. Justice Bobde, while hearing a PIL, had said “avoid black coats and gowns for the time being because it makes it easier to catch the virus”.

The advocates have been directed to wear plain white shirt/white-salwar-kameez/white saree, with a plain white neck band during hearings through video conferencing till the medical exigency exists. They have also been exempted from wearing any heavy upper body clothing like gowns, coats, etc which cannot be washed daily.

The top court has also witnessed some instances of advocates appearing in virtual court hearings without following the dress code. Recently, an advocate appeared for hearing before Justice Ravindra Bhat of the Supreme Court wearing a T-shirt and lying on his bed. The Court later accepted his apology but also stressed the importance of advocates appearing before it in a “presentable” manner and maintaining minimum court etiquette.

The apex court has also allowed the litigants to file their petitions and submissions online through its web portal. On May 15, the e-filing module of the court was unveiled during a webinar along with the E-Filing User Manual developed by the Court’s E-committee for online filing of cases.

The chairperson of the Supreme Court E-committee, Justice DY Chandrachud, said during the webinar that the model of e-filing includes a cost-effective method, with a 24×7 e-filing facility, online court fee payment, use of digital signature and digitalised scrutiny mechanism for defects and objections. The Court has, therefore, developed a cost- and time-effective system for filing of cases to assist advocates, and they can now file cases from the convenience of their homes.

Even after these numerous efforts, the functioning of the apex court has faced some impediments. Lawyers’ associations like the Supreme Court Advocates-on-Record Association, the Bar Council of India and the Bar Council of Delhi have written to the CJI requesting recommencement of physical hearings due to practical difficulties being faced by lawyers. While some lawyers, who lack the technical know-how or the required hardware, are facing problems in arguing through virtual courts, others are not comfortable with these hearings as they aren’t able to present their cases effectively.

Some have also faced the issue of being disconnected mid-hearing and not being able to join back or hear the order. There have also been problems with the video and audio quality, restricting them from putting forth their arguments effectively. Many lawyers, specially the old brigade, are not well-equipped with how to use computers or file cases online. Technical glitches and poor internet connection are a constant problem.

The Court has had to adjourn cases because the counsel were still in their hometowns owing to the lockdown and did not have access to their files. In cases where multiple parties are involved and many lawyers appear, all of them may not get a chance to be heard as their microphones may be put on mute by the coordinator. If the microphones aren’t kept on mute mode by any of the parties, it causes disturbance in the hearings.

Technical issues have not been the only problem in the top court’s functioning. Its registry has recently faced accusations of giving preference to some law firms and influential advocates while listing their cases first and discriminating against the rest.

A practising lawyer, Reepak Kansal, had written to the Secretary General of the Supreme Court stating that discrimination was being made by the Registry during listing of cases. He highlighted the example of the petition filed by Arnab Goswami, editor-in chief of Republic TV. He alleged that Goswami had got a hearing within one day of filing his petition.

According to Kansal, Goswami’s case was filed on April 24 at 8 pm and the case was listed for hearing on the next day, April 25, at 10.30 am and certain other cases were ignored.

The staggered and limited functioning of the Supreme Court due to the pandemic has also led to delay in hearing of some crucial cases. One such case that has been delayed is the challenge to the Citizenship (Amendment) Act, with more than 100 petitions still pending before the Court. The Court had issued notice to the centre in December and the case was last heard on February 18, when it had given time to the centre to file its response. Another issue that has been delayed are petitions challenging the abrogation of Article 370 of the Constitution and the special status of Jammu and Kashmir.

The Supreme Court’s summer vacation, which was scheduled from May 18 to July 6, had to be rescheduled owing to the pandemic. The Court, however, is hearing urgent matters during the new summer vacation from June 22 to July 3.

During the first week, two division benches, one court of judges-in-chamber and one Registrar Court are conducting hearings through the video-conferencing or tele-conferencing mode, while in the second week, two benches will conduct hearings.

The urgent matters mentioned online for listing before the vacation courts will be placed before the Court only after approval of the competent authority. The vacation officer and the registrar are responsible for dealing with extreme urgent matters according to the prevailing guidelines. The documents will only be filed through e-filing and not through filing counters as they will remain closed except in situations of extreme urgency.

To conclude, while the Supreme Court has been appreciated for taking up matters through video-conferencing and constantly issuing guidelines for its use, it has also been criticised for several reasons like not taking prompt decisions on certain issues. The Court’s journey through the pandemic has clearly not been a smooth ride but in consideration of the aspect of unpredictability, it has still managed to sail through. 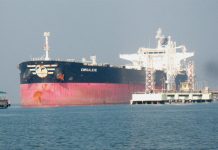 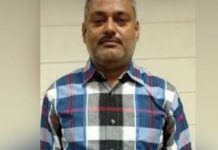 So, who killed Vikas Dubey?