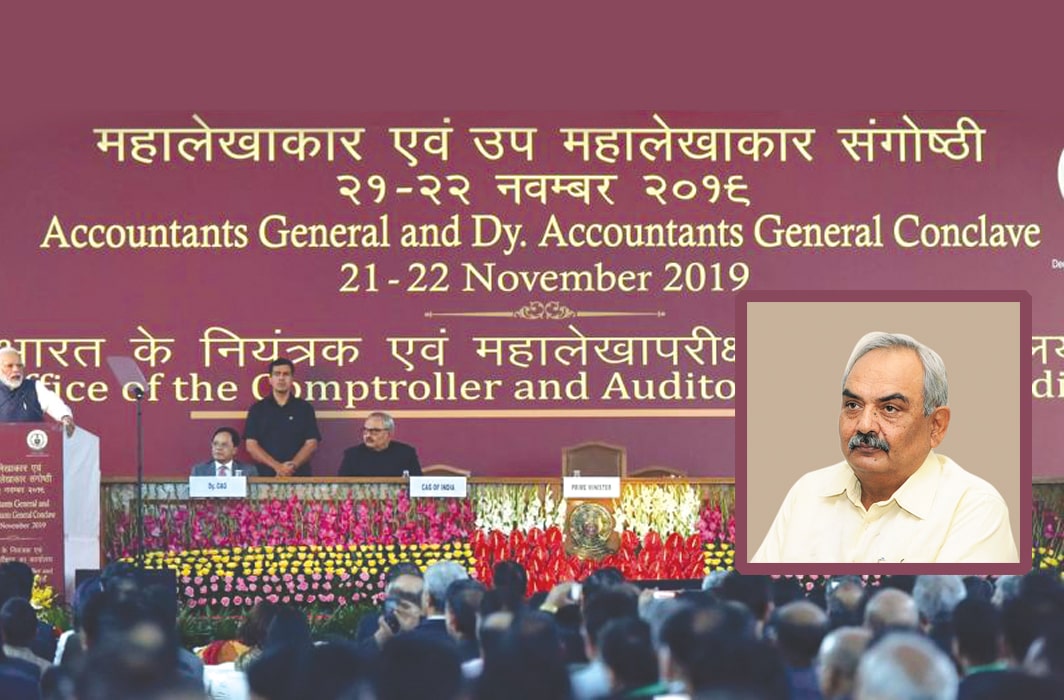 Even as PM Modi and ex-CAG Rajiv Mehrishi push for government transactions to be done electronically, major deals and funds are out of the purview of the CAG’s audit.

Before retiring, former Comptroller & Auditor General of India (CAG) Rajiv Mehrishi had recommended to the president, under Article 150 of the Constitution, the enactment of a law making it mandatory to do all government transactions electronically to check any diversion of funds.

Mehrishi reportedly said: “We have recommended that even one rupee of the government should be spent only electronically… There will be no chance of hera-pheri (hanky-panky) in the electronic transactions… It will increase transparency, lead to improvement in governance… and help in the audit process.”

There will be a three-phase transition to mandatory digital payments, accounting and transactions for the government under a proposed law called Digital Accountability and Transparency Act. Provisions of this law recognise the need for digital public utilities. It not only includes e-services, but makes all government revenue and expenditure data electronic, machine-readable, purpose-linked, non-repudiable, reliable, accessible and searchable.

Hundred percent end-to-end electronic data capture includes all receipts and expenditure transactions, including demands, assessment and invoices to be received, processed and paid electronically. All government IT systems should conform to a prescribed open architecture framework while ensuring robust security and maintaining privacy.

Digitisation per se has many advantages. It recognises off-budget transactions, business continuity and an incontrovertible audit trail. It will also enable Parliament and legislatures to draw assurance that each rupee due to the government has been collected and spent for the purpose it was allocated for.

Prescribing data elements for all transactions will ensure standardisation, clarify ambiguity, minimise redundant data and create protocols for integration across different databases. It will enable the use of cognitive intelligence tools like analytics, artificial intelligence and machine learning, which in turn will support the establishment of budget baselines, detecting anomalies, data-driven project costing, performance comparisons across departments and agencies and benchmarking.

It is quite feasible to implement the suggestion of conducting all fiscal transactions of the government electronically. Decision-making itself could be done fully electronically and put in the public domain by default with only well-defined exceptions. Developments in IT, especially data analytics and artificial intelligence, are capable of enabling high quality of data and risk analyses. That would make audit planning, processes and output more efficient, transparent and accountable. Indeed, such an approach would reduce undesirable subjectivity from the overall governance itself.

That said, it may be a bit too much to claim that mere digitisation of fiscal transactions would lead to “no chance of any hanky-panky”. Digital frauds that take place could be greater in magnitude than manual. But there is a discipline of IT audit which is developing very well to handle such situations from the audit accountability point of view.

CAG’s role is determined by the Constitution and is outlined by the Comptroller and Auditor-General’s (Duties, Powers and Condi­tions of Service) Act, 1971 (CAG Act). This Act gives a fairly open mandate to the CAG to carry out its functions, provided there is a will on his part, as well as on the part of the other organs of the government, to strengthen accountability of the executive. Yet, the government always retains the last word.

For example, it created PM CARES Fund in such a manner that though publicly contributed, it remains a “private fund” outside the purview of the CAG’s audit. Indeed, there are many ways in which the political executive renders the task of the CAG to secure accountability of government difficult.

While the CAG is right to recommend the format of account, we need to consider the advantages and disadvantages of this new form, its cost and benefit and how far this can help the audit department perform its functions better and efficiently. There are many ifs and buts here.

One should consider the cost of this project. Funds transaction takes place right from the Finance Department to the lowest Drawing and Disbursing Officers (DDOs) under the Pay & Account and Treasury Offices. In some states and in the centre, computerisation has already been completed. The major part of expenditure takes place at the DDO level. Funds are kept mostly in the banks and banking treasuries and transfer takes place online. Corrupt practices actually take place at the disbursing stage.

Audit needs detailed scrutiny of notings to find out the propriety of decision-making, but this electronic transaction only shows the route of money transfer. This is a major drawback.

While so, it looks as if the CAG’s digital drive seems to be the outcome of Prime Minister Narendra Modi’s exhortation to the auditors to develop technical tools to check fraud and improve efficiency in government departments as well as play a role in making India a $5-trillion economy. “We must challenge the frauds. Both internal and external auditors need to find innovative methods to catch frauds,” Modi had said while addressing a CAG conclave on transforming audit in a digital world in November 2019. He also emphasised that by 2022, the CAG can contribute a lot as a think-tank by focusing on big data analysis. Incidentally, his harping on “big data” vibes well with Reliance boss Mukesh Ambani’s description of data as “new gold and oil” combined.

Mehrishi declared that the CAG will safeguard “even one rupee of the government”. But has the CAG safeguarded billions and billions of rupees of government money spent on several dubious contracts and deals? There have been many questionable deals in the past, particularly in the defence sector such as the Rafale deal, which according to some former Union ministers, was the “biggest defence scam ever that also compromised national security”. And yet the government did all it could within its powers to hush it up.

In the garb of “secrecy”, the CAG dilly dallied first and then came out with a sham of a report. Then there is the wasteful real estate extravaganza at Delhi’s Central Vista, stated to cost around Rs 25,000 crore.

Will the CAG, bent on preventing “hera-pheri” through digitalisation, take up the audit of this humongous fraud and stop the project in its tracks? Actions speak more than mere words.