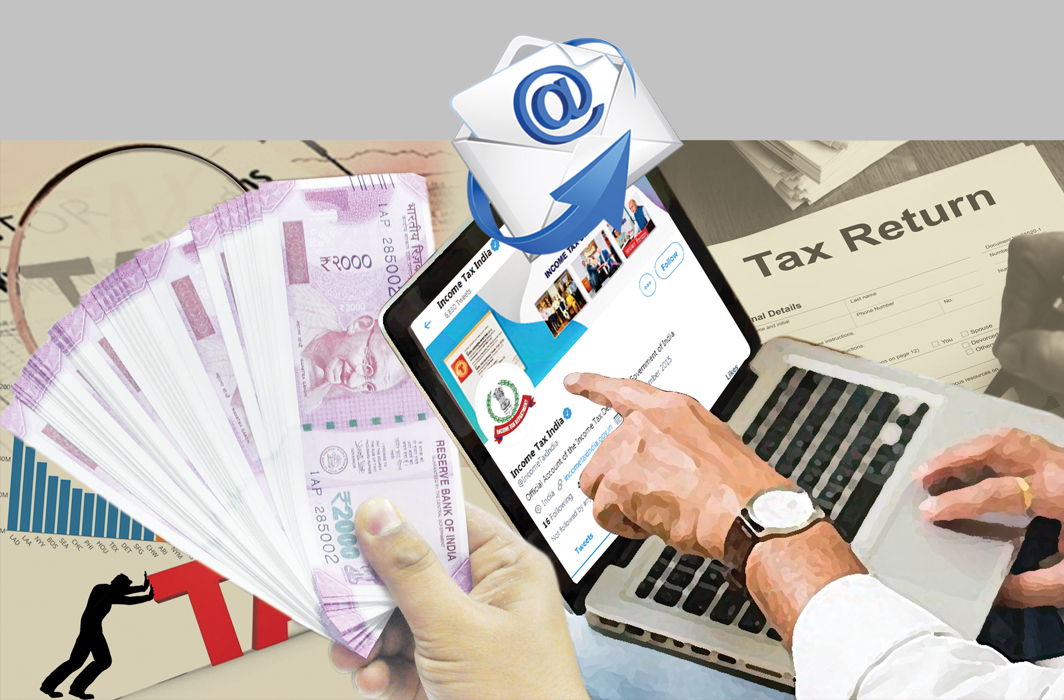 The reforms are meant to benefit sincere taxpayers, ensure their fair and polite treatment, and ease their compliance burden. Yet, tax harassment and trial notices are the order of the day, leading to distrust

With the intention of boosting revenues to meet imminent fiscal crunches, many developing countries introduce tax reforms. Major changes have taken place in the Indian direct tax system since 1962 for a variety of reasons. From 1962 to 1990, the Income Tax Act had been dismembered more than 3,000 times, leading renowned constitutional and tax jurist Nani Palkhivala to observe that the Act was a national disgrace! Still, the unending march of amendments continues and refining the efficiency of the tax system continues to be a key issue confronting India.

To renovate tax administration further and erase the possibility of corruption and overreach by tax officials, Prime Minister Narendra Modi recently uncovered new tax reforms. According to him, new reforms will benefit sincere taxpayers. Unleashing the “Transparent Taxation – Honouring The Honest” platform, the prime minister was aggrieved over the low number of taxpayers in India and urged citizens who owe taxes to take bold steps to contribute to nation-building.

Aiming to have fundamental reforms in India’s tax configuration and to create a taxpayer-friendly environment, the government launched a fully digitised tax system on August 13, 2020. Faceless Assessment, Faceless Appeal and Taxpayers’ Charter are the main components of the transparent taxation proposal. Faceless Assessment and Taxpayers Charter came into force from August 13, 2020, whereas the Faceless Appeal system will be effective from September 25, 2020.

Faceless Assessment is to ensure fair and polite treatment for taxpayers by tax officials. The scheme makes the income tax department accountable for maintaining taxpayers’ nobleness. The department must trust the taxpayer and not disbelieve anyone without evidence. This scheme aims to eradicate face-to-face communication between taxpayers and income tax officers.

A central computer selects tax returns for scrutiny or inspection based on risk and mismatch considerations. These cases will be allotted to a team of administrators randomly. At another arbitrarily selected location, this allocation will be studied by officers and if they agree, a notice will be remitted by the centralised computer system. Income tax surveys to gather information for scrutiny assessment will be assumed only by the investigation wing.

The previous system permitted tax administrators from inspectors onwards to start the survey with approval from the joint commissioner of income tax. Nevertheless, exceptions will be made in cases of serious fraud, major tax evasion, sensitive and search matters, international tax charges, Black Money Act and benami property.

To make the current tax system seamless, painless and faceless, the Central Board of Direct Taxes, which is in charge of administration of personal and corporate tax, will begin the Faceless Appeals scheme on September 25. This is part of the proposal to diminish the physical boundary between tax officers and taxpayers. Random allotment of appeals to officers, no visit to tax offices by taxpayers, concealment of the identity of the tax administrators deciding appeals and team-based appellate decisions are the main features of the Faceless Appeals plan.

Supporting the statement made by the finance minister during the 2020 Union Budget, the government has introduced a Taxpayers’ Charter. The Charter lists the accountabilities of the income tax department and taxpayers. It commits to provide fair, courteous, and reasonable treatment, treating the taxpayer as honest, provides a mechanism for appeal and review, provides complete and accurate information, timely decisions to collect the correct amount of tax, respects the privacy of taxpayers, maintains confidentiality, holds its authorities accountable, enables a representative of choice, provides a mechanism to lodge complaints, provides a fair and just system and will publish service standards and reports periodically. In return, it expects taxpayers to be honest, compliant, to be informed, keep accurate records, know what the representative does on his behalf, to respond in time and make payments in time as per law.

Taken as a whole, the new tax reforms are meant to ease the compliance burden of taxpayers and bring a fair, objective and just system. With this, a tax transparency era will definitely begin. But the proof of the pudding is in the eating.

Generally, many policies in the Indian setting are as good as the ink on the paper. Things begin to crush at the execution stage itself. Though the enhanced features of the reforms available to an honest taxpayer are yet to be released, any action taken by the government will be felt only when the taxpayer is not saddled with illogical assessment of tax returns and harassment of tax collection against capricious tax demands.

Many tax experts, including tax officials, found the Charter feeble and ambiguous. It is different from the prevailing Citizens’ Charter which has no legal backing, but prescribes deadlines for the delivery of services. Moreover, tax officers are confused and do not know whether the Taxpayers’ Charter or Citizens’ Charter is to be followed. In the former, there is nothing tangible for a taxpayer to pursue compensation or for a supervisor to castigate an officer. In terms of believing taxpayers or respecting their conduct, the provisions of the Taxpayers’ Charter are not justiciable nor subject to trial in a court of law. It is not clear whether both charters will run analogous.

The Joint Council of Action of Income Tax Associations, embodying income tax officers and employees, is aggrieved about not being taken into confidence and underlined the unease among 97 percent of the income tax department workforce towards the reforms. The Association urged that no employee should be made jobless due to the reforming exercise.

Section 132 and 132A of the Income Tax Act authorises that the income tax department can conduct a search and seizure operation. These were amended three years ago and now the department can raid anyone if it has reason to believe or reason to suspect. However, the department cannot be forced to reveal the reason to any authority or even the appellate tribunal. To support this, Section 132 (1) was amended retrospectively from April 1, 1962, and Section 132 (1A) from October 1, 1975. Although the taxpayer pays the tax amount due on his own, along with the penalty applicable, failure to file tax returns in time attracts severe sentence from six months to seven years, plus a fine if the tax amount is greater than Rs 1 lakh. This makes one wonder if this is a just and honest system.

The income tax department has been given stringent revenue targets year after year to nourish the big government. This gives more powers to tax officers to harass people. Thus, this tactic and more draconian laws present in the Act cannot reduce the tax harassment and the department’s attitude has become more and more vindictive. There are even targets for issuing prosecution or trial notices and other disciplinary provisions, which are supervised weekly by Delhi.

Tax administrations have conventionally been both the regulator and enforcer of tax laws with restricted care to taxpayers’ service. Devoted bodies like the Ombudsman in Australia, Canada, the UK, Brazil, South Africa and tax mediators in Belgium and France examine tax-connected complaints. These entities are self-reliant of the tax organisation and have been established under a specific legislation. The chief objective of this arrangement is to guarantee that taxpayers have a chance to raise worries when they feel they have been treated crookedly. Unfortunately, taxpayers in India do not have this privilege and there is no tax ombudsman in India.

Regrettably, taxmen are not reprimanded for delaying cases and for imposing harsh penalties. Many taxmen keep cases alive by simply raising a monotonous enquiry from time to time. A few years ago, the Comptroller and Auditor General pointed out that to augment tax revenues, an improper demand was made and the State Bank of India was enforced to make a payment of more than Rs 10,000 crore on March 30. This aided the taxman to attain his year-end goals and within a week into the new fiscal year, the amount was refunded. In India, no harsh penalties are levied on such officials.

As a final point, the income tax department is known for its wrongs rather than rights in the previous decade of tax reforms. Although the government proposes to narrow the trust deficit between taxpayers and the department, allegations of annoyance by the latter refuse to go away. Tax­payers will feel and develop trust of the government only when they get fair treatment. It is important for the income tax department to assure them that new promises do not remain only on paper.

It is significant to publicise the reforms, including the Charter, and create an awareness movement leading to a novel era. While the Taxpayers’ Charter is founded on relaxing compliance, the policy declarations must also replicate in the functioning of the tax administration.

Proper training has to be provided to tax officers to shift the emphasis from simply raising tax orders to supporting taxpayers and truly rationalising assessments. This will surely augment tax collection, permit the government to spend more freely and shrink the burden on truthful taxpayers. Otherwise, this painless, seamless, faceless tax platform initiative will be hopeless, fruitless and worthless.

Did you find apk for android? You can find new Free Android Games and apps.
Share
Facebook
Twitter
Pinterest
WhatsApp
Previous articleMadras HC asks Centre to explain: Why no law yet to stop people with criminal background from contesting elections?
Next articlePaying Lip Service?