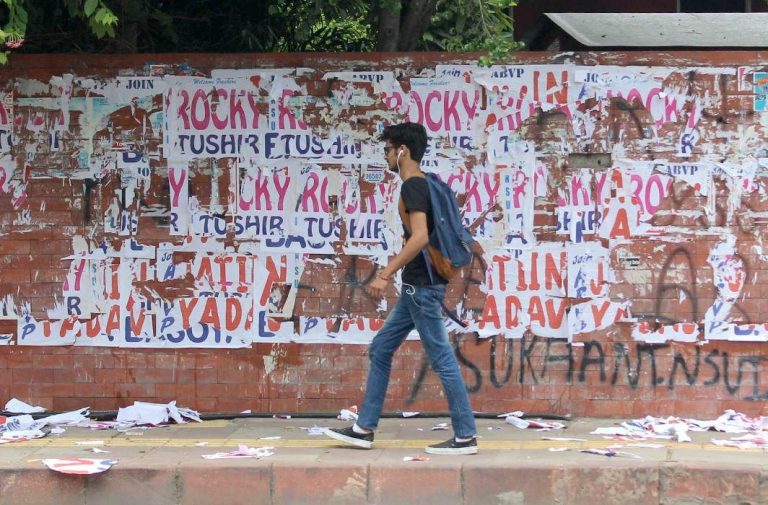 The Delhi High Court on Tuesday (February 20) issued bailable warrants to office bearers of Delhi University Students Union (DUSU) as well as some students due to non-appearance in the court.

The Court was acting on the plea seeking complete ban on defacement of public properties by the DUSU poll candidates.

Earlier, DUSU president Rocky Tuseed had said that he had restored the public places of Delhi University as per the petitioner’s instructions.