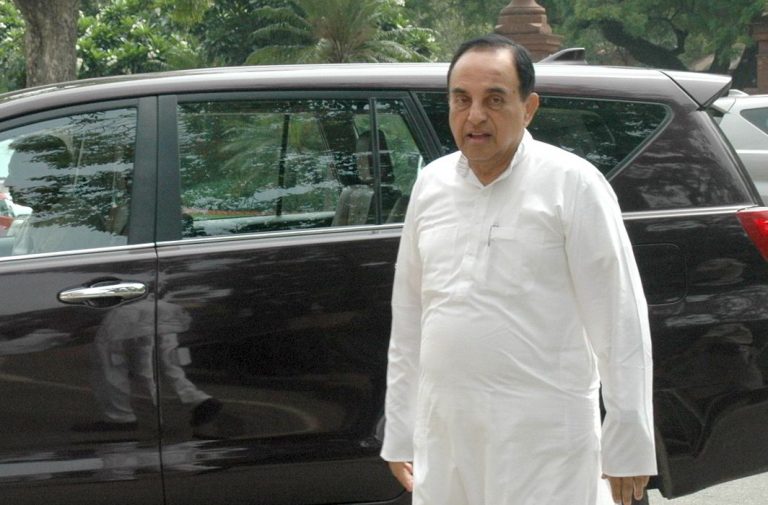 Subramanian Swamy’s petition to cancel India’s air services agreement with the UAE was, on Friday (October 27), put on hold by the Supreme Court bench of Chief Justice Dipak Misra and Justices A M Khanwilkar and DY Chandrachud.

While hearing a petition challenging the “Air Services Agreement” of January 7, 2014, the Supreme Court bench of Justices Dipak Misra, AM Khanwilkar and Justice DY Chandrachud on Friday (October 27) stated that since the case involved parliamentary committee reports, the court will hear the matter after eight weeks, because another matter which involves parliamentary committee reports is pending before the constitution bench.

Swamy had also claimed that the Air Services Agreement was done to provide special benefit to Etihad Airways of the UAE. It may be recollected that India’s leading private carrier Jet Airways and Abu Dhabi-based Etihad Airways had signed an agreement in which jet had sold 24 percent equity to Etihad for about Rs 2,058 crore.

Swamy had also claimed that the seat-sharing agreement between India and the UAE would unfavorably impact Indian interests.

Swamy had also submitted that even the Comptroller and Auditor General (CAG) had noted that there has been “irresponsible allotment” of airspace to foreign airlines.

A CBI probe was also sought by Swamy against the government officials who had cleared the Jet-Etihad deal.