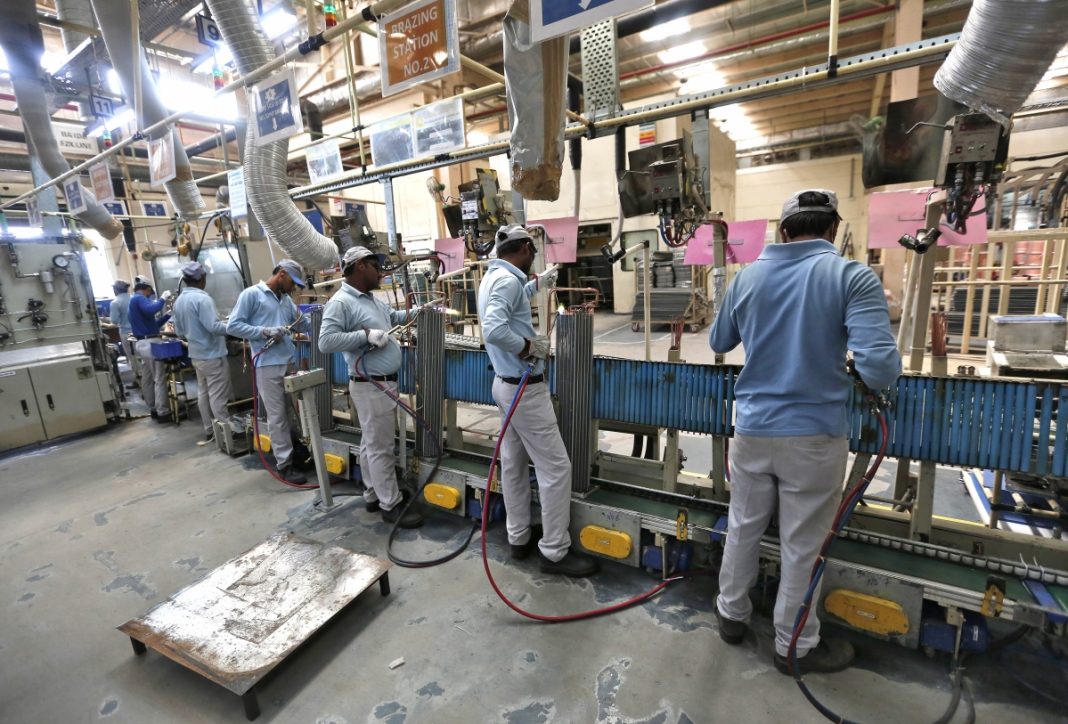 The entire world is facing an unprecedented crisis today during these Covid-19 times. Nations, including India, are struggling hard not only to save the lives of their citizens from this deadly disease but also their economies that have been severely impacted by lockdowns imposed for containing the spread of the coronavirus.

Economists and social scientists have argued that unless governments evolve an effective survival strategy for farmers, daily wage labourers, workers and businesses, the death toll from starvation and suicides due to job losses and unemployment may be higher than that from the Covid-19 epidemic itself. We have already witnessed shocking and heart-rending stories of migrant labourers, thrown out of their jobs, walking hundreds of miles back to their homes and many succumbing to hunger and starvation on the way.

The big question facing India as well as other countries is how to strike a balance between imposition of a lockdown for containing this pandemic on the one hand and saving businesses and jobs on the other.

The prime minister in his address to the nation has, while extending the lockdown period up to May 3, 2020, made some relaxations in the guidelines and allowed farming activities and other critical economic business related to manufacture and supply of essential goods, medicines and items critical for combating the epidemic such as Personal Protection Equipment, etc. He also assured that in areas declared free from Covid-19, some additional economic activities might be permitted from April 20 and this has been acted on.

The relaxations for farming activities, particularly harvesting of crops, sale of produce in mandis and procurement of foodgrains under the Public Distribution System would definitely provide a lot of relief to farmers and also some employment to agriculture labourers residing in rural areas. The government has also provided financial support to  farmers through the PM Kisan Samman Nidhi Yojana. Farmers and agricultural labourers constitute more than 60 percent of the population (nearly 160 million households) and are totally dependent on agriculture and allied activities for wages and livelihood. However, the extent of coverage under this Yojana varies from state to state. In some states where the maintenance of land records is not up-to-date, the benefits have not percolated to the entire targeted population.

The labour ministry has also advised states and Union Territories (UTs) to utilise the cess fund available under the Building and Other Construction Workers’ Welfare Cess Act, 1996. As per information available, nearly Rs 52,000 crore is available in this cess fund across various states and UTs. Many states such as UP are providing ex gratia financial support to construction workers and other labourers in the unorganised sector through this fund by Direct Benefit Transfer. Such measures are welcome and will provide much-needed relief and sustenance. Not only do they need to be continued further but scaled up in terms of coverage.

However, these measures might not be enough to save businesses and the economy from slowing down or sliding into recession if the lockdown continues. Industries and services that are not regarded as “essential” or “critical” for combating the Covid-19 epidemic are also quite important for economic growth and provide employment to millions of workers. The immediate economic impact of the lockdown is almost complete loss of revenue for such industries and businesses.

Many sectors such as civil aviation, tourism, hotel industry, fashion, malls, retail businesses, etc., that provide employment and livelihood to millions and are regarded as the engines of growth, have come to a near standstill during the lockdown. However, in order to ensure income support to employees working in these sectors, many governments are insisting that they be paid their wages regularly. Many industrial units have received notices that if they fail to do so, they would face prosecution and penal action.

This has put the industries in a difficult situation as many units are unable to pay wages in the absence of any income from grounded operations. Even if they manage to pay wages for a month or so from their reserves, they would definitely be in no position to sustain it for long if the lockdown gets extended (which is likely too). If the government presses too hard on payment of regular wages when there is no work, then many MSMEs and other units may be forced to close down and file for bankruptcy or insolvency. Such a scenario would be counter-productive and hurt the economy even more. This would neither help businesses nor their employees who might get their wages for a month or so but would lose their jobs permanently if the industry itself closes down.

Even after the lockdown is over and normalcy returns, we have to ensure that industry does not lose trained and skilled employees and is able to restart operations quickly without having to recruit and train fresh candidates. Therefore, we need to evolve a strategy to somehow keep the engines of the economy running, even during the lockdown.

Internationally, the US adopts a policy of lay-offs as soon as the industry finds itself in financial trouble. This helps cut down the wage bill and ensures long-term survival and economic health of the industry. However, the workers that are so laid off are covered by compulsory government insurance and entitled to unemployment dole. They can submit their claims to the insurance company for this. As per reports, as many as 3.3 million US citizens have already filed for this dole due to the lockdown. Many European and other countries also have a social security net or insurance programme to provide minimum support to their workers during such a crisis.

In India too, employees are entitled to receive compensation under the Industrial Disputes Act, 1947, in case they are laid off due to some financial crisis. Further, there is the Employees’ State Insurance Corporation (ESIC) under the ministry of labour with its stated objective of providing socio-economic protection to workers. However, at present, the ESIC is mainly providing medical care and support to employees registered with it through its network of hospitals across the country. It also provides insurance cover and financial support to employees insured by it in times of physical distress.

Some legal experts argue that the present lockdown should also be treated as an employment injury and employees should be entitled to claim compensation under the ESI Act, 1948. It is stated that at present, nearly Rs 84,000 crore is available with the ESIC, which may be well utilised to give financial support to employees covered by it. Such an option, if legally admissible, should definitely be explored in this time of crisis. Even if the present provisions do not allow for such financial assistance, an ordinance can be brought in to suitably amend the ESI Act 1948 and provide for it.

Another option that may be considered by the government is to follow the German model of “Kurzabeit” in which all three stakeholders, namely (i) the industry, (ii) its employees and (iii) the government make some sacrifice in order to manage in these difficult times. This scheme was successfully tried by Germany earlier during the financial crisis of 2008 and it has again reverted to the same tried and tested model now.

In India too, we may have a scheme similar to the German “Kurzabeit” wherein employees agree to accept some wage cuts, say 30 percent, while the industry and the government agree to share the remaining wages equally, i.e. 35 percent each. This scheme should be acceptable to all three stakeholders and can be a relatively less “lose-lose” proposition, if not a “win-win” proposition for everyone. Under this scheme, while employees would get 70 percent of the wages without any work or for doing some minimal work, which should be sufficient for their basic needs and survival, the industry would also gain by retaining and keeping its employees engaged and would not have to go through the long-drawn-out process of recruitment and training new employees when operations are restarted.

The government too would be a gainer in the long term by preserving and sustaining businesses and providing employment to millions of workers who would be rendered jobless otherwise.

In the absence of any income, not only will millions of unemployed workers face penury and starvation, the economy too would go into a tailspin of recession due to a slack in demand. Thus, payment of wages to the workers, even at reduced levels, will keep expenditure levels at sustainable levels and keep the economy going.

As regards funding such a scheme, the government may consider using unclaimed funds lying with the Employees’ Provident Fund Organisation (EPFO). As per an affidavit filed by the central government before the Nagpur bench of the Bombay High Court in a PIL in 2017, more than Rs 40,000 crore was lying unclaimed in inoperative accounts with the EPFO. This amount would definitely be much higher now. There cannot be a more suitable time and a better cause than the present one to use these funds for saving industry and the economy. In case any legislative amendments or executive orders are needed for utilising these funds for industry’s survival, the government may consider bringing in the necessary amendments to the Act through an ordinance or passing the necessary executive orders. In case any additional funds are required, a part of the funds collected under “PM Cares” may also be utilised for this purpose.

If the government considers these suggestions favourably, it may well be possible to save businesses without throwing millions of workers out of their jobs.

—The writer is a retired IAS officer who worked as Secretary to the Government of India as well as Chief Secretary and Chairman, Board of Revenue in the government of UP. The views expressed are personal

Did you find apk for android? You can find new Free Android Games and apps.
Share
Facebook
Twitter
Pinterest
WhatsApp
Previous articleCovidian Conundrums
Next articleAllahabad HC Dismisses Challenge To The New Law For Selection Of Teachers