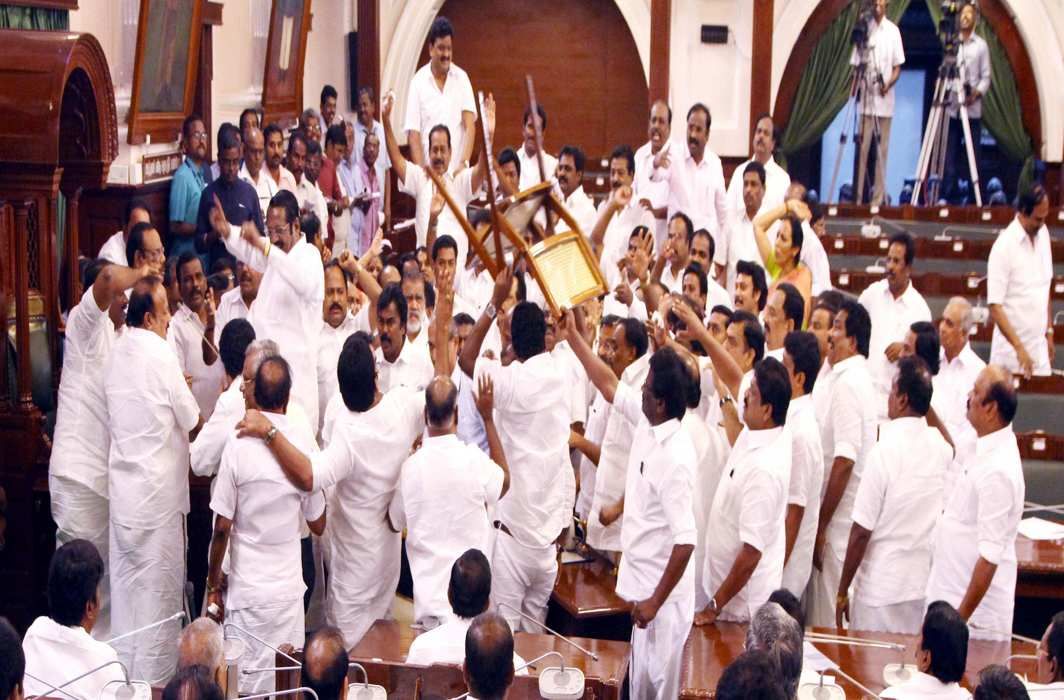 The Supreme Court on Friday disposed of a petition filed by the DMK seeking disqualification of the Tamil Nadu deputy Chief Minister O Paneerselvam and ten other AIADMK MLAs for voting against the ruling AIADMK government  when they were in the rebel camp during a crisis in the party.

The apex court did so after the Tamil Nadu government informed it Friday that the Assembly Speaker has already initiated action on a DMK petition  which alleged that the Speaker did not act on a plea seeking disqualification of 11 AIADMK lawmakers who voted against Chief Minister E Palaniswami during a 2017 confidence vote.

The 11 MLAs who did so then included the Deputy Chief Minister Panneerselvam. The DMLK had contended that It had contended that by voting against the trust motion, these MLAs violated the whip issued by the ruling party, and hence attracted disqualification under the anti-defection law. Senior advocate Kapil Sibal and advocate Amit Anand Tiwari appeared for the DMK in the case.

A bench comprising Chief Justice SA Bobde, Justice BR Gavai and Justice Surya Kant took note of the submission, and disposed of the petition filed by the DMK.

Senior advocate Kapil Sibal, appearing for the DMK, had on January moved the plea and sought urgent listing  giving reference to a recent apex court verdict in the Manipur ministercase in which the Speaker had been directed to decide on disqualification plea in four weeks.

The Madras High Court had  two years ago dismissed the DMK’s plea seeking to disqualify the MLAs.