The BCI has accused thousands of women who have criticized the Chief Justice of India's remarks as motivated people casting aspersions against judges. 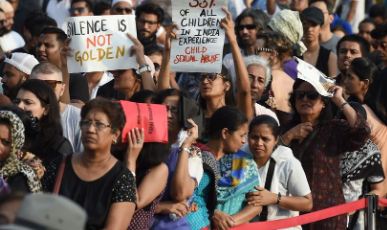 Eleven women’s organisations have criticised the press release issued by the Bar Council of India dated March 4, 2021. The organisations said the BCI statement alleged that “a handful of politicians and some so-called social activists” were feeling elevated by criticizing and making reckless comments.

The BCI has accused thousands of women who have criticized the Chief Justice of India’s remarks as motivated people casting aspersions against judges.The BCI has further threatened that “immediate measures will have to be taken to stop this practice of malicious attack”, said the women’s organization’s press release.

The women’s organizations said the law of this country gives them the right to criticize comments made by even highest authorities  when these comments are against gender justice for women.

“It is totally wrong to call our  comments motivated or to say that these are malicious attacks through media. The independence of the Judiciary is, in fact, strengthened by taking into consideration comments by women who have been fighting for gender justice and pointing out how sexual violence affects women and traumatizes them. To take the women’s perspective within its fold will strengthen the institution of justice,” they said.

The press release said the BCI resolution said comments made by judges not resulting in orders have no legal sanctity, but the resolution failed to understand that the two comments made by the highest judicial authority in the country can influence not only the judiciary as a whole, but the public at large.

“It can also give a fillip to retrograde elements in our society who think that sexual assault, verbal or physical, can be minimized in this manner and that the law does not punish those who inflict violence in intimate relationships. The victim was under the age of statutory rape or not, the fact is that she was brutally raped 10-12 times,”

“The victim was in fact tied down and gagged on occasions and was even threatened to be burnt by throwing acid which led the victim to try to commit suicide.”

“It is wrong of  to say that the victim gave her consent at any time. An agreement of marriage signed between parents of both parties does not matter. We feel that it is totally wrong for any judge to ask a man who has raped a girl whether he is ready to marry the girl since it not only minimizes the violence and trauma she has undergone but also undermines her dignity. We have stated earlier also that the girl at no time has given her consent and we fail to understand how you have reached such conclusion,”

In the second case, in our opinion, being a government servant does not matter. The BCI obviously thinks that in the case of the live-in relationship, no case of rape can be made out.

It has also cast aspersions on the character of the victim in that particular case which is wrong. Whatever the law may be, women’s organizations have been struggling for decades to get recognition for sexual assault within a marriage and live-in relationships and a case is pending before the Court to recognize marital rape as rape.

Brutality within intimate relationships is unacceptable. The BCI has also falsely alleged that laws meant to protect women are being misused flagrantly. The BCI is obviously speaking on behalf of men only who raise the cry of misuse when such a case comes up.

We request the Bar Council to desist from issuing these intimidatory and threatening public statements against those who are fighting for gender equality and justice and showing sensitivity towards women’s issues, reads the press statement.

The court asked advocate Mathur as to what was the nature or category of land on which the Mosque, as alleged, existed; who was its owner? In this regard Mathur invited our attention to certain consolidation records of 1960’s wherein said land is mentioned as ‘Abadi’ though Masjid is also mentioned.
Read more
India Legal
Did you find apk for android? You can find new Free Android Games and apps.