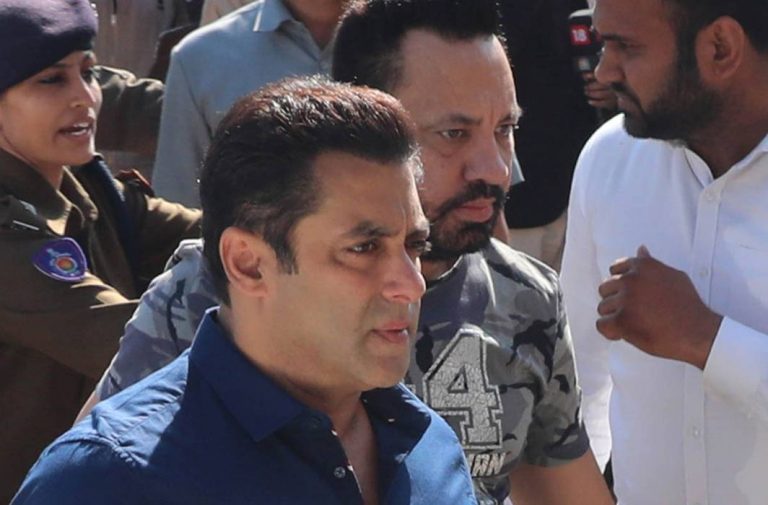 A Jodhpur court on Thursday (April 5) found Bollywood star Salman Khan guilty of killing two blackbucks in October 1998, but his alleged accomplices in the crime, Bollywood stars Saif Ali Khan, Tabu, Neelam and Sonali Bendre were set free, according to a prosecution lawyer quoted in the media. Also acquitted was a local guide, Dushyant Singh.

The Chief Judicial Magistrate Dev Kumar Khatri has sent Salman to five years in prison. Salman, of course, will appeal. Anything under 3 years and Salman would have been able to walk on bail. But this amount has put the entire Bollywood industry in a quandary, what with hundreds of crores stuck in production involving this one actor.

The support to Salman had not dried up, though. Reacting to the judgment former star Jaya Bachchan tweeted a strange comment: “I feel bad. He should be given relief. He has done a lot of humanitarian work.” What connection she had to the current issue, where an endangered animal has been killed in cold blood is a bit difficult to understand, but Mrs Bachchan must be knowing better.

Salman, who was also allegedly involved in a hit and run (and death) of a footpath dweller in Mumbai,  was found guilty under section 9/51 of the Wildlife (Protection) Act. The maximum punishment for this is six years, and the judge gave him five.

The details as presented to the magistrate was that during an outing on the side of the shooting, the actors were travelling in a Gypsy and Salman, 52, driving. When he saw the herd of blackbucks he shot and killed two, according to the lawyer.