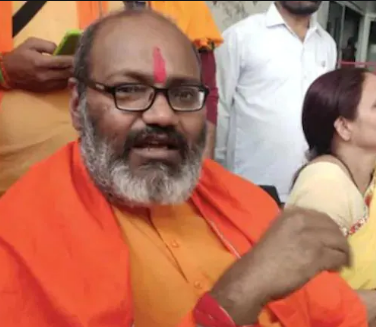 An activist has written to Attorney General of India K.K. Venugopal on Thursday seeking consent to initiate contempt proceedings against Yati Narsinghanand for his alleged remarks in an interview on the Constitution of India and the Supreme Court.

“On being asked about the court proceedings in the Haridwar Hate Speech case, Yati Narsinghanand went on to state that he had no trust in the Supreme Court and the Constitution and that the Constitution will consume the 100 crore Hindus of this country.”

As per the letter, the comments made by Yati Narsinghanand undermine the majesty of the institution and the authority vested in the Supreme Court of India. It is a vile and clear attempt at interfering in the course of justice by means of abusive rhetoric and baseless attacks on the integrity of the Constitution and the Courts, the letter reads.

“Any such attempt to harm the majesty of the institution and diminish the faith that citizens of India have in the Court can result in complete chaos and anarchy. This is perhaps the most vicious attack on the Supreme Court in its history.”