All conflicts should not find their way to courts, some should be resolved in a neutral environment: CJI Ramana 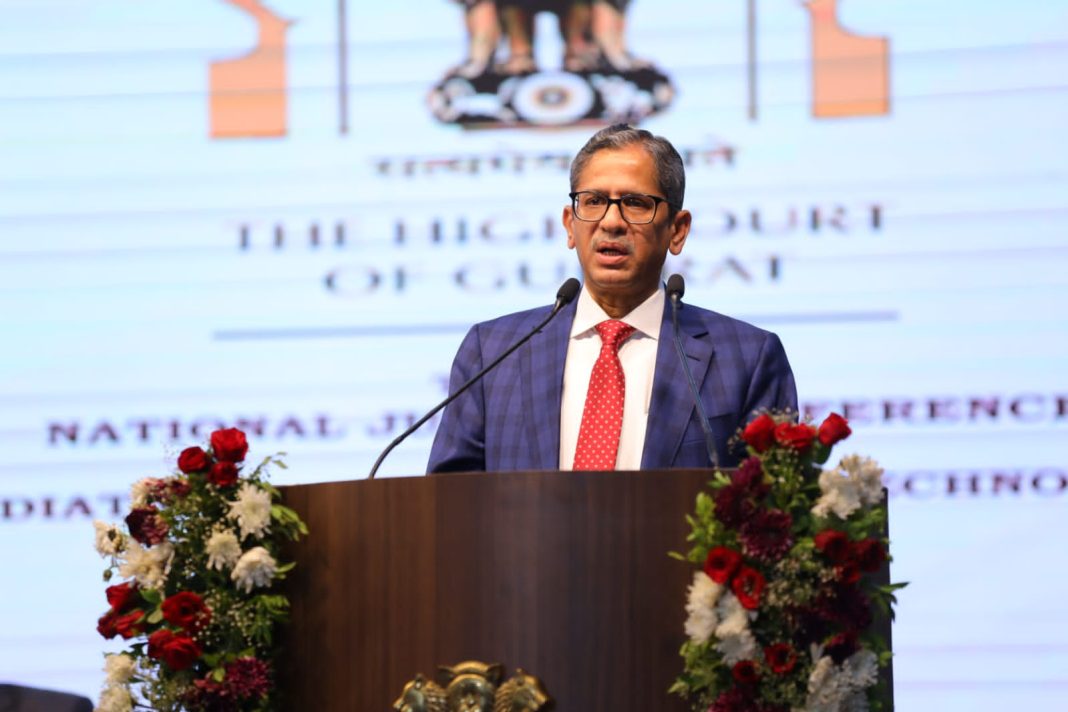 Chief Justice of India N.V. Ramana on Saturday said that it was not necessary that every conflict or difference of opinion must find its way to the courts.
Differences can be resolved in a neutral environment, where both parties are in a win-win situation. After all, life is a balancing act.

In times of disagreements, one would usually start by initiating a dialogue to clarify issues. If this also doesn’t work, then the only option people consider, is, to go to Courts.

Speaking during the inaugural function of the two-day national conference on ‘Mediation and Information Technology’ at Ekta Nagar in Narmada of Gujarat, the CJI said “In our country, due to obstacles in formal litigation, people hesitate to approach judicial forums. The concept of ADR, through Lok Adalats, Gram Nyayalayas, mediation and arbitration centers, has the potential to transform the legal landscape of India by providing millions of people a platform to settle their grievances.”

“Imbibing effective ADR mechanisms into the judicial process can reduce pendency, save judicial resources and time, and allow litigants a degree of control over the dispute resolution process and its outcome,” he added.

Stating that there were multiple benefits of adopting alternate methods of dispute resolution, the CJI said Mediation and negotiation at the pre-litigation stage were one of the most empowering
methods of resolving disputes as they maximise the participation of stakeholders.

But since ADR is designed around a participatory model, its adoption is going to break the existing barrier. From being an ‘outsider to the process,’ the citizens with their direct involvement will become ‘insiders in the process,’ he added.

The CJI further talked about Mediation gaining prominence in the international commercial sphere. He said private mediations, which take place at the pre-litigation stage, are also becoming prevalent in the country.

Most arbitration clauses in commercial contracts have a multi-tiered approach, where the first attempt to resolve the dispute between parties is through mediation or negotiation, added Justice Ramana.

The CJI said along with increased awareness campaigns to educate the public, the role of Courts assumes great importance in realising the full potential of ADR.

“An active effort must be taken by Courts to make negotiation and mediation mandatory, as part of case management, since a prolonged litigation can not only drain your resources but also cause animosity,” he observed.