The bail application under Section 439 of Code of Criminal Procedure has been filed by the applicant- Akhil Singh, seeking enlargement on bail during trial in connection with Case under Sections 302/ 34 and 120-B I.P.C., registered at Police Station Kotwali, District Etawah. 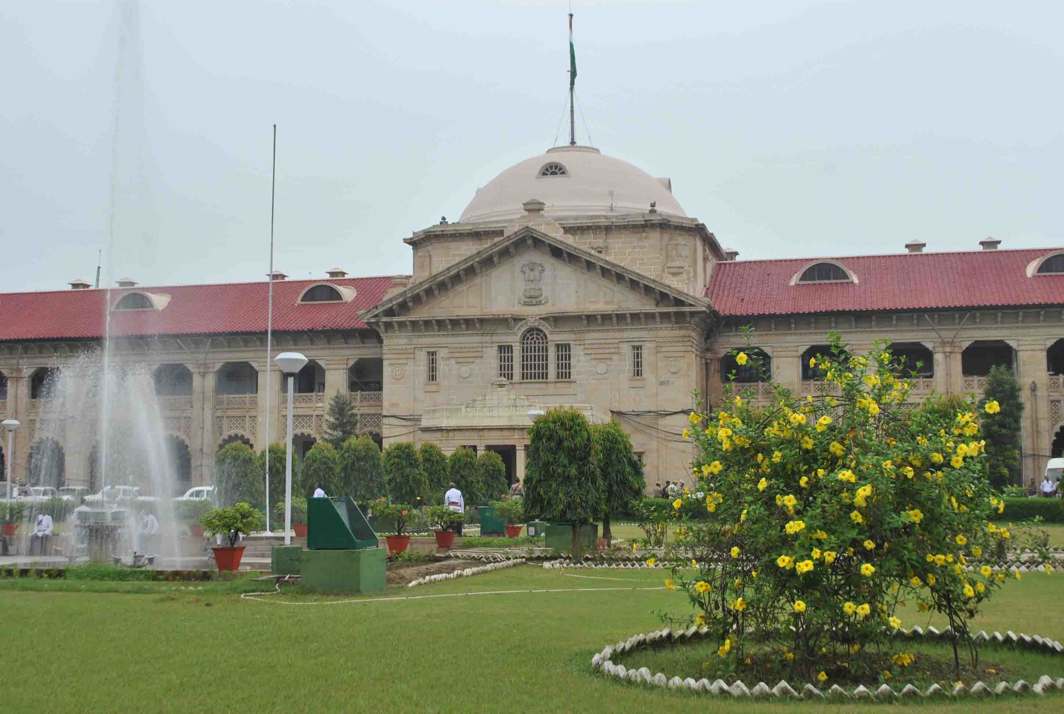 The Allahabad High Court on Monday granted conditional bail to Akhil Singh, a resident of Etawah Kotwali, who is accused of conspiracy to murder.

A single-judge bench of Justice Samit Gopal passed this order while hearing Singh’s Criminal Misc bail Application. The bail application under Section 439 of Code of Criminal Procedure sought Singh’s enlargement on bail during trial in connection with case under Sections 302/ 34 and 120B IPC, registered at Police Station Kotwali, District Etawah.

The counsel for the applicant argued that it is a case of circumstantial evidence. It is submitted that the FIR has been lodged by Pramod Kumar Mishra, the father-in-law of the deceased, against unknown persons stating therein that his daughter-in-law has been murdered and is lying on the floor of the house and the dead body is seen to have had some injury on the backside and blood was oozing out. She was taken to the hospital, where doctors declared her dead.

It is further submitted that there is no eye-witness to the incident. The applicant happens to be the friend of the husband of the deceased. It is argued that at the time of the incident, except for the old grandmother-in-law of the deceased who cannot see and hear, there was no one else in the house.

It is argued that the evidence against the applicant as is being relied on by the prosecution is the CDR of the husband of the deceased, namely Ajitesh, and the applicant from which it has been seen that there had been calls between them prior and even after the occurrence and as such, the conclusion is being drawn that the applicant is involved in the present matter.

It has also been pointed out that the applicant is not having any criminal history and he is in jail since October 17, 2019 and there is no likelihood of early conclusion of trial and hence, the applicant may be released on bail during pendency of trial.

The AGA has opposed the prayer for bail and argued that the conversations between the husband of the deceased and the applicant which have emerged from the CDR go to show that he was involved in the present matter.

It is further argued that even Sachin Kumar was interrogated by the police who has stated that he saw the applicant at the bus stand who was disturbed and on an information to him that his sister has died, he did not react to it and stated that he will come later on as he was going for some important work. It is argued that as such, the statement of Sachin Kumar is also against the applicant.

In response to the argument of the AGA, the counsel for the applicant argued that the statement of Sachin Kumar is a concocted statement as Sachin Kumar himself is the scribe of the FIR. “It is argued that a charge-sheet in the matter has been submitted. After having heard the Counsel for the parties and perusing the record, it is apparent that the present case is a case of circumstantial evidence. There is no eye-witness to the murder. The links in the chain as being relied on by the prosecution is thoroughly incomplete,” the Court said.

“Looking to the facts and circumstances of this case, the nature of evidence, the period of detention already undergone, the unlikelihood of early conclusion of trial and also the absence of any convincing material to indicate the possibility of tampering with the evidence, this Court is of the view that the applicant may be enlarged on bail,” the Court observed.

The Court ordered that Akhil Singh be released on bail in the case crime number on furnishing a personal bond and two sureties each in the like amount to the satisfaction of the court concerned with the following conditions which are being imposed in the interest of justice:-

(i) The applicant will not tamper with prosecution evidence and will not harm or harass the victim/complainant in any manner whatsoever.

(ii) The applicant will abide by the orders of the court, will attend the court on every date, and will not delay the disposal of trial in any manner whatsoever.

(iii) The applicant shall file an undertaking to the effect that he shall not seek any adjournment on the date fixed for evidence when the witnesses are present in court. In case of default of this condition, it shall be open for the trial court to treat it as an abuse of liberty of bail and pass orders in accordance with the law.

(iv) The applicant will not misuse the liberty of bail in any manner whatsoever. In case, the applicant misuses the liberty of bail during trial and in order to secure his presence proclamation under section 82 Cr.P.C., may be issued and if applicant fails to appear before the court on the date fixed in such proclamation, then, the trial court shall initiate proceedings against him, in accordance with law, under section 174-A I.P.C.

Also Read: Nagpur bench of Bombay High Court pulls up prosecutor, judge for not looking into accused’s bail plea history before granting it

(vi) The trial court may make all possible efforts/endeavour and try to conclude the trial expeditiously after the release of the applicant. The identity, status and residential proof of sureties will be verified by the court concerned and in case of breach of any of the conditions mentioned above, court concerned will be at liberty to cancel the bail and send the applicant to prison.

Did you find apk for android? You can find new Free Android Games and apps.
Share
Facebook
Twitter
Pinterest
WhatsApp
Previous articleNagpur bench of Bombay High Court pulls up prosecutor, judge for not looking into accused’s bail plea history before granting it
Next articleLitigant rages at delay in justice by breaking computers in Delhi court