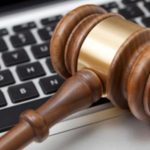 New Delhi (ILNS): The Allahabad High Court has expressed deep concern over the huge gap in the availability of digital resources among children in urban and rural areas. The Government has been asked to explain what steps it has taken to bridge this gap in the Corona era.

The Director General Education and Secretary Basic Education have been summoned on the next hearing to inform the court on this issue and present the government’s side.

This order was given by Justice Ajit Kumar, while hearing the application for amendment of the high court order in the Divya Goswami case regarding inter-district transfer of council teachers.

The court said in its order that inter-district transfers of teachers should not be done in the middle of the session. The State government wants to amend it. Advocate Naveen Kumar Sharma argued from the petitioner’s side.

The court said that the government has given many arguments for transfers but till date it has not told when the schools are going to open in Uttar Pradesh. The court also said that their concern is about the widespread technical imbalance in the society.

There is a complete dividing line in the rural and urban areas, while every household living in the urban area has advance cellular phones so that their children are continuing their education on class, while the government does not have any action plan for those areas where children are deprived of such facilities, the court remarked.

The court observed that the schools are closed due to infection while in rural areas it has a minor impact. The government had a golden opportunity to try to win the trust of the people by employing some teachers. That teacher can work to fill the gap between the rich and disadvantaged children. Teachers can go to villages and teach children in small groups.

The court has summoned the Director General and Secretary Basic Education on December 3, to understand the Government’s policies on primary education.

Did you find apk for android? You can find new Free Android Games and apps.
Share
Facebook
Twitter
Pinterest
WhatsApp
Previous articleAppointment of assistant teachers: UP govt will file an affidavit in High Court
Next articleSupreme Court upholds Right to Property, directs Centre to hand over possession of property to owner after 33 years