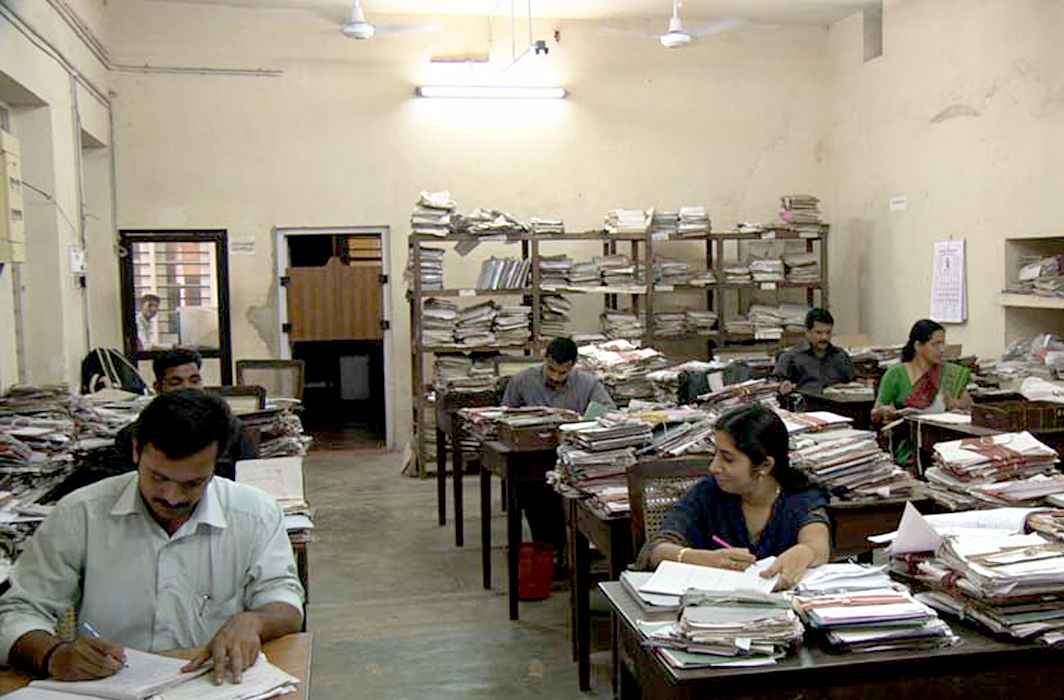 Above: Government employees in Kerala

The Supreme Court bench of Justices Kurian Joseph and R Banumathi on Thursday (September 14) ordered that in the case of recruitment/ transfer/compassionate appointment in government jobs the government has to verify all the documents and submit an affidavit in which all have to be mentioned: the marks of the names of candidates and the cut-off.

The plea is regarding 4,000 posts that are vacant in different departments but the list that has been released has certain anomalies and selection has not been fair. These are regarding the use of whitener on cut-off lists and the use of horizontal method under reservation.

These two have created major confusion among applicants, many of whom claim to be descendants of people in whose position compassionate ground selections were to be made.

The counsel for the 77 petitioners submitted that there are 4,000 posts vacant. “We submitted the affidavit before the bench in which it is mentioned that more than 50 people have been disqualified on the basis of medical fitness and other examinations.  We are just submitting that we are the actual descendent for those seats but government is not accepting this.”

The matter has been listed for October 31.