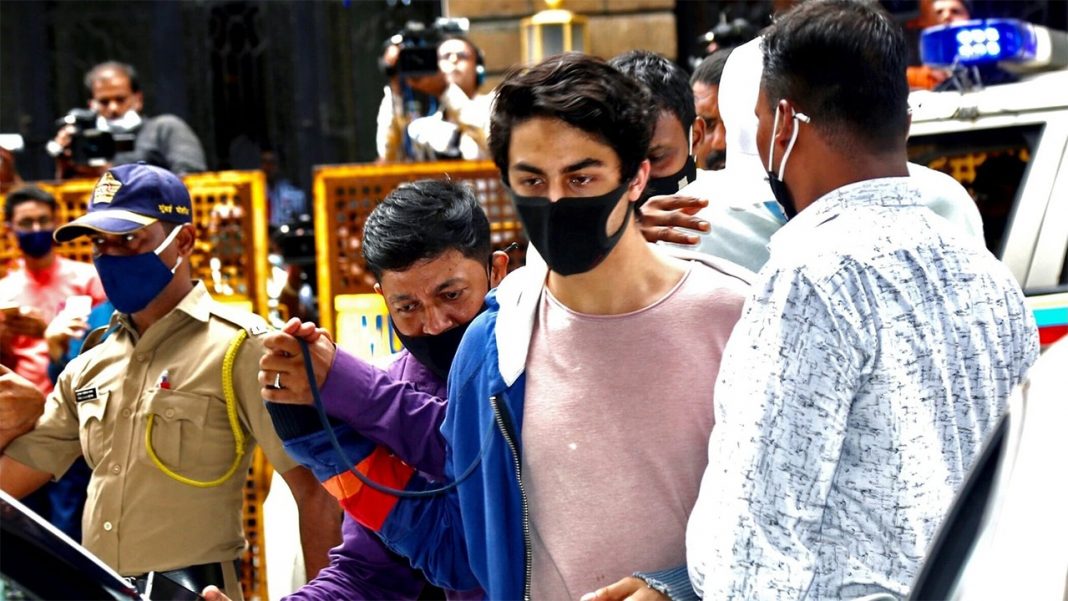 Shah Rukh Khan’s son Aryan Khan, who was granted bail in October in the Mumbai-Goa cruise drug case, has moved the Bombay High Court seeking modification of bail conditions, specifically the waiver of his appearance at the NCB office every Friday in view of the media crews crowding the area.

Aryan Khan’s application said that since the probe has been transferred to the Special Investigation Team, NCB Delhi, he shall finds it difficult to appear before Mumbai’s NCB office every Friday. He said police personnel have to envelop him every time he visits the office as a large number of media people are waiting outside. The application has been filed by Desai Desai Carrimjee and Mulla and will be presented before Justice Sambre on December 13, 2021.

The 24-year-old was taken into custody by the Narcotics Control Bureau (NCB) on October 2 in a connection with a drug case. The sleuths of NCB raided a Cordelia cruise ship en route Goa to Mumbai and arrested Aryan Khan with offences under Section 8(c), 20(b), 27, 28, 29, and 35 under the Narcotic Drugs and Psychotropic Substances (NDPS) Act.

He was later remanded to judicial custody and got bail on October 28. The Bombay High Court imposed 14 conditions on Aryan Khan while releasing him on bail. He was asked to appear before the NCB South Mumbai office every Friday and not to leave Mumbai or the country without permission from the special NDPS court.

A detailed bail order was released on November 21 by Justice N.W. Sambre stated that WhatsApp chats from Aryan’s phone showed nothing objectionable and it did not suggest that he and others arrested had been involved in any conspiracy.