Deccan Chargers, owned by Deccan Chronicle Holdings Limited, was one of the eight franchise of the Indian Premier League. It had also won the 2009 edition of the IPL, under the captaincy of Adam Gilchrist. 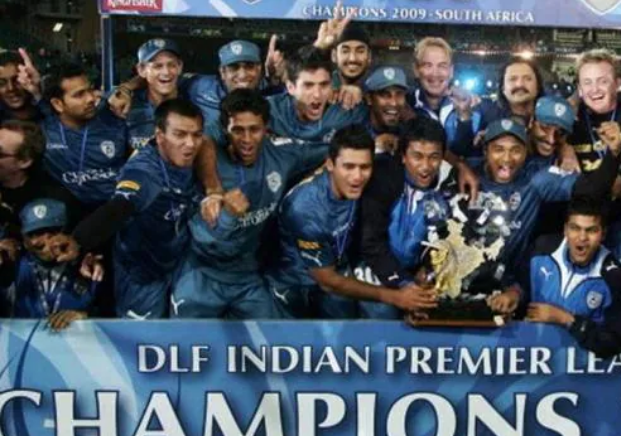 The Bombay High Court bench of Justice G.S. Patel set aside an arbitrator’s order that directed the Board of Control for Cricket in India (BCCI) to pay over Rs 4800 crore to Deccan Chronicle Holding Ltd regarding a dispute for termination of the IPL franchise Deccan Chargers.

The BCCI had challenged the July 2020 verdict asking it to pay Rs 4800 crore and subsequently challenged in the High Court.

The dispute is stated to have arisen in 2012 during the fifth season of IPL cricket.

The bench set aside the 2020 award passed by the sole arbitrator, who was appointed in 2012, had reportedly awarded DCHL a compensation of Rs 4,814.67 crores plus 10% interest from 2012, in addition to costs, upon finding that the BCCI’s termination of the Deccan Chargers team from IPL was illegal.

Deccan Chargers, owned by Deccan Chronicle Holdings Limited, was one of the eight franchise of the Indian Premier League. It had also won the 2009 edition of the IPL, under the captaincy of Adam Gilchrist.

Subsequently, the BCCI issued a show-cause notice in August 2012, in its process of terminating the contract. The case had gone into arbitration and BCCI landed in a bad situation. The BCCI challenged this arbitration award in the Bombay High Court. However, BCCI terminated the franchise in September 2012 followed by a notice alleging that the franchise had breached the BCCI code.

Whereas the termination was stayed by the Bombay High Court in October that year after DHCL failed to submit a bank guarantee of Rs 100 crore.

DCHL then approached the Bombay High Court claiming that the termination was arbitrary. The HC in September 2012 appointed retired Supreme Court Justice C K Thakker as the sole Arbitrator to decide the matter.

The court then appointed retired justice CK Thakkar as arbitrator, who awarded a Rs 4800 crore verdict in favour of the now-defunct IPL team, last year.

Solicitor General Tushar Mehta, representing the BCCI, submitted that the arbitrator did not consider details of the contract especially regarding payments to players and support staff. Mehta also said that there was no explanation in the arbitration award on how the arbitrator arrived at the compensation figure of over Rs 4,000 crore. In September 2012 high court had appointed retired Supreme Court Justice C K Thakker as the sole arbitrator to settle the dispute.