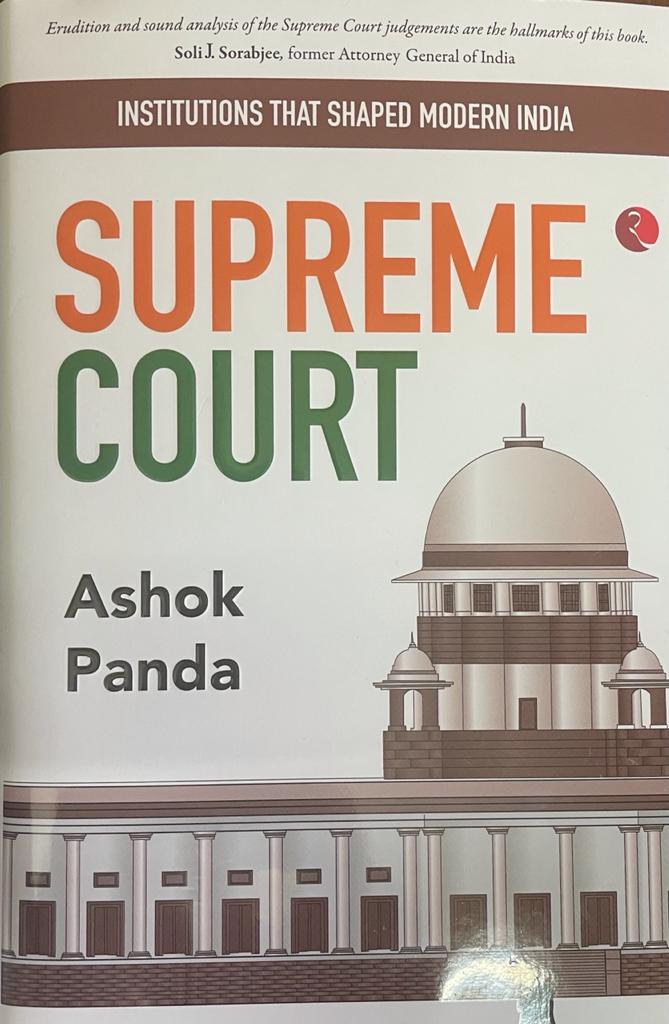 “The book titled Institutions that Shaped Modern India: Supreme Court, written by Ashok Panda, Sr Advocate, is quite informative regarding the working, composition, and contribution of the Supreme Court of India in shaping the life of citizens, by giving a very wide and extensive interpretation to the provisions of the Constitution, particularly to the part III thereof. The entire evolution of Fundamental Rights, positive and negative judicial pronouncements in respect of those rights have been analytically examined. The Supreme Court, referred as “the soul of democracy” in the constituent assembly debates on several occasions, finds rightful mention in the book under the head ‘Building a New Paradigm’, which expands the importance of the Supreme Court in protecting the Constitution as envisaged by its farmers.”

He said, “The author has briefly dealt with “framing of Constitution,” starting from the historical background of the British colonial rule in 18th and 19th Century and the development of law during the period including the establishment of the Supreme Court, Sardar Dewani Adalats and later on establishing of High Courts in Madras, Bombay and Calcutta in 1861 and High Courts of Allahabad and Punjab in 1866.”

“The author has deftly presented a vivid picture of self-rule from the very beginning of 20th Century and establishment of Federal Court in 1937. The struggle between between the Executive and the Judiciary to assert supremacy over the other has been covered with admirable insight highlighting various developments which has made India, what it is today. The topics chosen by the author like, Personal Liberty, Fundamental Rights, Basic Structure Doctrine, Right to Equality, Gender Justice, Public Interest Litigation and Judicial Appointments are not only informative but qualitative also. The Author has done commendable work in highlighting the progress made on women empowerment through judicial pronouncements. Emerging issues such as, Technological Changes, Data Protection and Privacy Law have also been dealt with insightfully. The Author has also addressed the challenges faced by Supreme Court and how justice is being administered in face of the COVID-19 pandemic. Furthermore, the complicated issue of justiciability of law has been beautifully explained for the benefit of the reader,”

He added, “The commendable lucidity and brevity incorporated in the text of this book makes it more accessible to people even if they are not entirely familiar with the developments this book encapsulates. I have no manner of doubt that the book, a product of great research will be beneficial to the reader in general and the legal fraternity in particular.”