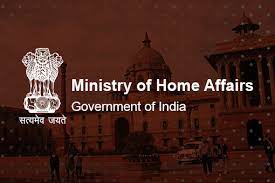 The Union government has imposed a ban on Muslim political organisation, the Popular Front of India (PFI) and several of its associates under the stringent provisions of the Unlawful Activities (Prevention) Act, 1967, for their alleged involvement in terror-related activities.

The Union Ministry of Home Affairs had issued a notification on Tuesday night, stating that the PFI and its affiliates have been found to be involved in subversive activities and disturbing the public order.

Their acts undermine the country’s constitutional set-up and enforce a terror-based regressive regime, it added.

The notification further said that PFI and its affiliates continue to propagate anti-national sentiments and radicalise a particular section of society, with the intention to create “disaffection” against the country.

It added that in view of the above reasons, it was necessary to declare PFI and its associates or affiliates or fronts to be an unlawful association with immediate effect.

The Ministry also said in the notification that some of the PFI’s founding members were leaders of the Students Islamic Movement of India (SIMI), while PFI also had linkages with the Jamat-ul-Mujahideen Bangladesh (JMB).

Stating that both JMB and SIMI were proscribed organisations, the notification said that there had been many instances of international linkages of PFI with global terrorist groups such as the Islamic State of Iraq and Syria (ISIS).

It further claimed that PFI and its associates or affiliates or fronts have been working covertly to increase the radicalisation of one community by promoting a sense of insecurity in the country, which was substantiated by the fact that some PFI cadres have joined international terrorist organisations.