Chakka Jam: BKU chief Rakesh Tikait says protests not held in Delhi, UP, Uttarakhand because they knew of plans to foment violence

Days after the Republic Day violence, farmers have begun a three-hour chakka jam across the country on Saturday. This is the first major event since the tractor rally that witnessed unprecedented scenes in the national capital when the clashes broke out between the protesters and the police. 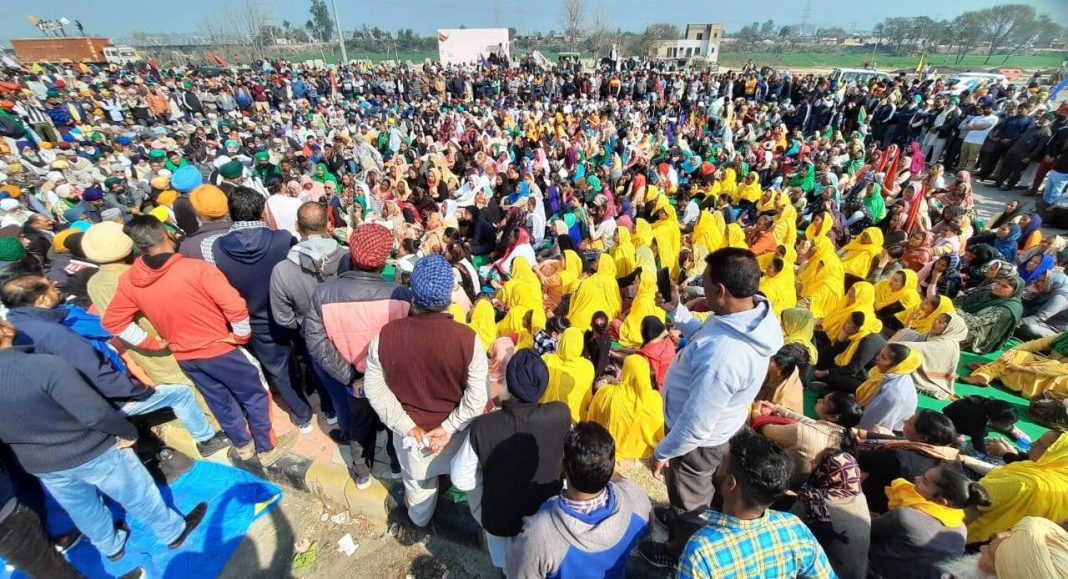 The 3-hour nationwide chakka jam called by farmers has ended. In a bid to amplify their protest against the Centre’s three farm laws, the farmers held a three-hour chakka jam across the country except in Uttar Pradesh, Uttarakhand, and Delhi. Authorities, however, are still taking precautions. Around 50,000 police, paramilitary, and reserve forces personnel have been deployed overall in the Delhi-NCR region while at least 10 metro stations have been shut, the police have said.

Extensive measures have been undertaken at the Ghazipur protest site with even water cannon vehicles deployed. The Red Fort area has received particular focus today as it was the epicentre of the Republic day violence.

The ministry of home affairs have ordered an internet suspension, which will continue till the end of the day in order to avoid rumors and misinformation being circulated on social media.

The protesters held by Delhi police from Shaheedi park have said no violence has taken place and that the police is also showing restraint.

BKU chief Rakesh Tikait has said that the farm unions have given time to the government till October 2 to repeal the contentious laws. The farm bodies won’t hold discussions with the government under pressure, he added.

A protesting farmer saluted and expressed his gratitude towards people who supported farmers in chakka jam.

The farmers protesting on Palwal-Agra Highway at Atohan Chowk near Palwal make way for an ambulance.

News agency PTI reported that around 50 people were detained near Shaheedi Park in central Delhi on Saturday for allegedly holding a protest in support of the chakka jam call given by the farmers agitating against the Centre’s new farm laws, police said.

Personnel of Security Forces including that of Rapid Action Force have been deployed at Ghazipur border. As per Delhi police, around 50,000 Delhi Police personnel and Paramilitary & Reserve Forces have been deployed in Delhi-NCR region.

Police in Telangana removed the protesters who were agitating on a highway on the outskirts of Hyderabad as part of the countrywide chakka jam called by farmers today.

Heavy security forces have been deployed at Ghazipur border (Delhi-Uttar Pradesh) protest site in view of the nationwide chakka jam.

Protesters in Kurukshetra are conducting langars on streets as a part of a three-hour nationwide chakka jam bid called by farmers.

Farmers at Kalajhar toll plaza of Sangrur are holding protests as part of farmers’s nationwide chakka jam call given by farmers.

UP ADG, Law & order Prashant Kumar said about 144 UP-PAC company, 6 paramilitary company along with senior officers have been deployed at state and national highways. With the support of farmer organisations, no untoward incident has happened so far.

Bharti Kisan Union (Ekta Ugrahan) is holding road blockades at 33 places in 15 districts including Sangrur, Barnala and Bathinda in Punjab.

Protests are being held at Atohan Chowk near Palwal in Haryana as part of farmers’s nationwide chakka jam call given by farmers.

Farmer organisations in Jammu are protesting against the three farm laws on Jammu-Pathankot highway as part of the nationwide ‘chakka jaam’ called by farmers today.

Eastern Peripheral Expressway (KGP) has been blocked by the protesters in view of the chakka jam.

Police have arrested the protesters who were agitating outside Yelahanka Police Station as part of the countrywide chakka jam bid called by farmers today.

Protesters have blocked national highways near Shahjahanpur border (Rajasthan-Haryana), as part of chakka jam call given by farmers to strengthen their protest against three contentious farm laws.

Protesters in Punjab’s Amritsar and Mohali block roads as part of chakka jam.