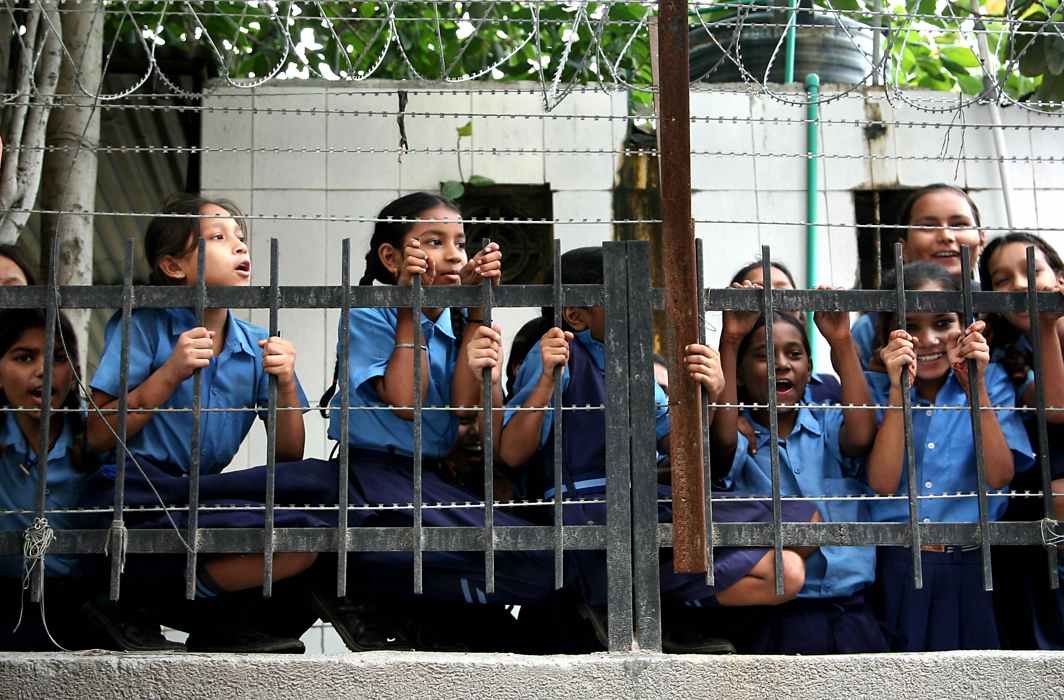 By Vikrant Yadav and Gaurav Dhingra

Before the Covid-19 pandemic engulfed the entire world, India through its various schemes under Integrated Child Development Services (ICDS) Scheme provided majority of its population food which was not only nutritious but could also satiate the daily calorific need of its ever growing population, which mainly include children and youth. Since the first lockdown happened in March, 2020, still no alternative framework has been put in place to the existing social schemes being run under ICDS.

The second wave of Covid-19 pandemic had made things worse for the most vulnerable section of society, children. According to National Commission for Protection of Child Rights (NCPCR) as many as 30,071 children were orphaned, lost a parent or abandoned mostly due to COVID-19 pandemic as per data submitted by different States till June 5, 2021. Of the total, 26,176 children have lost a parent, 3,621 have been orphaned and 274 have been abandoned.

The Governments, including Central and State, being an embodiment of welfare state have multiple tasks up its sleeves along with its fight against Covid-19. Firstly, to start implementation of existing policies in particular schemes under ICDS which had been discontinued as a result of pandemic. Secondly; to formulate new policies and schemes for securing the future of children who have become orphans owing to Covid-19, by providing them opportunities, facilities to develop in a healthy manner with freedom and dignity, protecting them against exploitation as also against moral and material abandonment. Thirdly; to strictly implement the various statutory provisions particularly, Juvenile Justice (Care and Protection of Children) Act, 2000 (JJ Act), Protection of Children from Sexual Offences Act, 2002 (POCSO) and Commission for Protection of Child Right, 2005 (CPCR).

Centre and State Governments having both constitutional and statutory obligations to provide nutritional support to the pregnant women and lactating mothers, nutritional support to children and to take steps to identify and provide meals for children who suffer from malnutrition as also to preserve human life. To implement the above Directive Principles as enshrined in the Constitution, the Supreme Court, suo moto took cognizance and passed various directions and orders to the Central and State Governments including Union Territories.

In its recent judgment while examining various guidelines issued by the Central Government as well as all the States and Union Territories for implementing statutory requirements of the National Food Security Act, 2013 and for meeting the nutritional standards particularly in the eyes of the advisory issued by the National Human Rights Commission on right to food security and nutrition in context of Covid-19, which stressed on the use of Anganwadi Centres to provide immunisation, cooked meal, and nutritional counseling services, with adequate safety protocols to prevent COVID infection for Anganwadi workers, women and children. Further, to ensure that sufficient quantity of dry rations (food grains, eggs, milk powder and medicines, etc.) and take-home rations are made available to children under three years, as well as pregnant and lactating women. The big question was, how effective is the implementation on ground and the benefits are being received by the beneficiaries as required by the statute?

The Supreme Court issued various directions by fastening the liability of the State through Child Development Officers and other district level officers who are entrusted to supervise, monitor and check the functioning of Anganwadi Centres to ensure that pregnant women, lactating mothers and children in the age of 3 to 6 years and children who suffer from malnutrition are provided their dues. In Dipika Jagatram Sahani v. Union of India reported in (2021) 2 SCC 740 the Hon’ble Supreme Court viewed:

“No doubt, the Government is rendering this obligation through various schemes, such as, opening of Anganwadis, providing nutritious food through Anganwadis, Mid-day Meal Scheme, etc. but in order to make it meaningful, it has to be within the reach of its people, as far as possible, and the Government must supply the nutritious food in the real sense bearing in mind the provisions of the National Food Security Act.”

With the increase in death toll owing to Covid-19 and similar increase in the total number of orphan and home-less children there has been a substantial increase of child abuse which include sexual, financial and emotional harassment which also increased the imminent danger of the inalienable “Right to Development” of these Children. Trafficking of children has been on the rise since the pandemic owing to increase in poverty. An estimated 23 crore Indians have been pushed in to poverty as per an estimate made by Azim Premji University, which has made large number of children vulnerable to the evils of poverty, hunger and malnutrition during pandemic. Supreme Court also expressed its concern over increase in the number of child trafficking and had directed National Commission and State Commission to work in tandem in order to stop trafficking. Directions were issued for immediate appointment of Special Public Prosecutor for every Special Court conducting trial under POCSO who are trained to deal with child victims and child witness.

In regard to Children who are rendered orphans due to Covid-19, Supreme Court issued numerous directions including directing District Child Protection Units (DCPU) to contact the affected child and his guardian on receipt of information about the death of the parent/parents and make assessment, about the suitability and willingness of the guardian to take care of the child. Adequate measures to be put in place for ration, food, medicine, clothing and financial assistance under prevailing schemes by the Central Government and the State Governments/Union Territories.

If, guardian is not willing or is not suitable to take care of the child CWC should immediately provide for the essential needs of the child and ensure that all financial benefits to which the child is entitled. Duty has been cast upon State Governments/ Union Territories to make provisions for continuance of education of the children both under Government and private schools and to take action against NGOs/ Individual who are indulging in illegal adoptions. Further, wide publicity should be given to the provisions of the JJ Act, 2015 and the prevailing schemes of the Union of India and the State Governments/Union Territories which would benefit the affected children. DPCO shall take the assistance of government servants at the Gram Panchayat level to monitor the welfare of the disconsolate children who are devastated by the catastrophe of losing their parent/parents.

Recently, Central Government had come out with a scheme under the PM-CARES for Children” for those children who have lost both parents, surviving single parent or legal guardian/adoptive parents due to Covid-19. Under the scheme a corpus of Rs. 10 lakh for each child shall be created. Upon attaining the age of 18 years the money from the corpus will be used for providing financial support/ stipend for the next five years and after attaining the age of 23 years, the corpus amount will be given in one lumpsum for personal and professional use. Further, the scheme provides that the child will be given admission in Kendriya Vidyalaya or in a private school as a day scholar and the fee would be paid out of the PM Cares fund.

Needless to say that the directions issued by the Supreme Court are detailed and provide the way forward to the Central/State Governments in formulating scheme(s) and guidelines. Real test will be as to how quickly and efficiently the directions are implemented given the fact that there is huge shortage of manpower in the District Child Protection Unit (DCPU). DCPU consist of Collector as its chairman besides District Protection Officer and two Protection Officers who look into institutional and non-institutional care, Legal-cum-Probation Officer, two social workers, two outreach workers, counselor, accountant, data analyst and assistant-cum-data entry officer. Worrisome issue, which require immediate attention, is to identify area where there is no institutional services or do not have infrastructure to manage the high influx of children seeking shelter. In majority cases, due to absence of escorts and the absence of vehicles to take them to the nearest home, DCPO finds it convenient to reunite such children with their respective guardians or their surviving parent without any counselling, any rehabilitation guidance or any kind of individual care plan what to say of any follow up. Even the quorum of members is not complete in Child Welfare Committee (CWC). Another stumbling block is the quality of counselling is below standards due to lack of professional counsellor owing to low salaries.

Scheme formulated by the Government under the ‘PM Care for Children’ is mere skeleton with no details of its foolproof implementation. The scheme does not provide the mechanism through which the said scheme would be implemented. If the scheme implementation would be through ICDS then major corrective steps are required to be taken collectively.

Fondly hope that the competent authorities will look into the short comings and plug them and implement the Scheme(s) in right earnest to protect our future generation.

Did you find apk for android? You can find new Free Android Games and apps.
Share
Facebook
Twitter
Pinterest
WhatsApp
Previous articleWoman dies of Covid-19 in line of duty, but govt refuses to release compensation; Delhi HC wants action to be taken
Next articleSupreme Court refuses to pass any direction in Foreign Medical Graduate Examination