CJI Ramana says there is need to formulate programmes, services to reintegrate women prisoners into society 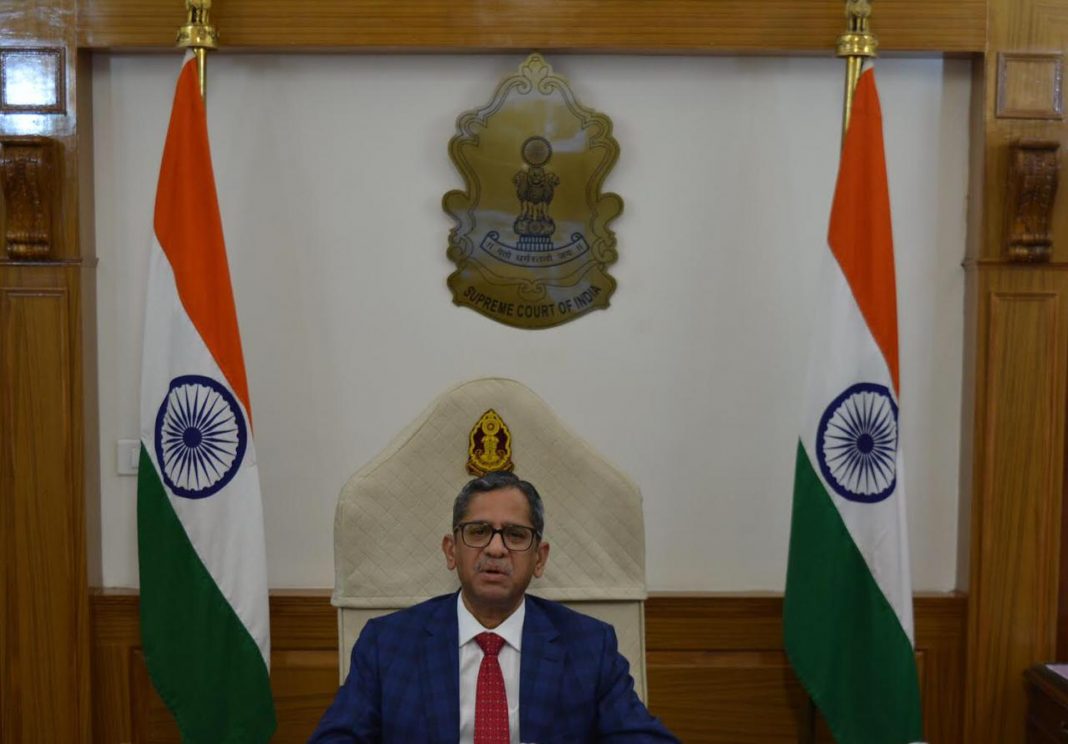 Chief Justice of India Justice N.V. Ramana has said that there is need to come up with plans and schemes to reintegrate women prisoners back into society.

CJI Ramana made this observation during the 32nd Central Authority Meeting of the National Legal Services Authority (NALSA) on Wednesday. The CJI is the Patron-in-Chief of NALSA.

While delivering the keynote address to the newly appointed members of the Central Authority of NALSA, Justice Ramana expressed his pleasure to see the report on rehabilitation of women prisoners, which was an agenda item for deliberation amongst other items. Taking note of the plight of women prisoners, Justice Ramana observed that, “Often incarcerated women have to face, graver prejudices, stigma and discrimination, which makes their rehabilitation a tough challenge.” He added that, “as a welfare state, we are obligated to provide women prisoners with programs and services that enable them to effectively reintegrate into the society, on an equal basis with men.”

He further provided certain measures for reintegration of the women prisoners into the society such as, ‘non-discriminatory access to education and vocational training, dignified and remunerated work’.

Appreciating the work of the Legal Services Authorities during the recently organised Lok Adalat on 11th September, the Chief Justice of India congratulated the legal services authorities for disposing more than 29.5 lakh cases across 33 States & UTs of the country. Justice Ramana also laid emphasis upon increasing ‘Access to Justice’, wherein he stated that “although much has been spoken about increasing access to justice, the question remains as to how to ensure effective and substantive access to justice to all classes of people and how to meet these gaps.” In this regard, he stressed upon that ‘it is time for us to be critical in our analysis and thinking’.

The said Central Authority meeting was co-chaired by Justice U.U. Lalit, Executive Chairman, NALSA, who briefly introduced all the members of the newly appointed Central Authority and navigated the flow of the deliberations, which were made upon the agenda items. During the deliberations, Justice Lalit highlighted the issue of overcrowding of prisons and stressed upon the need to take immediate steps in such direction. He also pointed out that due to the pandemic restrictions, the schools are shut down and the children living in juvenile homes, observational homes and children homes are in unimaginable situation, wherein only one video monitor is not sufficient to impart basic education to children of different age groups.

Justice Lalit also stressed upon to utilise the talent and services of law students, who can bridge the gap and can reach grassroot level of the society by adopting three or four talukas of each district across the country.

Justice Lalit also appreciated the efforts of the legal services authorities of 33 States, who have successfully organised National Lok Adalat on 11th September and achieved historic disposal. He asked all the authority members to significantly contribute towards the legal services so that all the ideas can be galvanised into action.

The main agenda items of the meeting included consideration of report of the committee to look into the optimum use of technology and Artificial Intelligence; consideration of the Committee report on rehabilitation of women prisoners; implementation and way forward for NALSA’s vision and mission statement 2021-22; reconstitution of the Committee to look into the issue of revising the recommended fee structure of panel lawyers and consideration of the implementation report of Legal Aid Defense Counsel System (LADCS), which is a unique system based on public defender system of United States.