Diabetes is as old as human civilization: CJI Ramana at inauguration of diabetes symposium 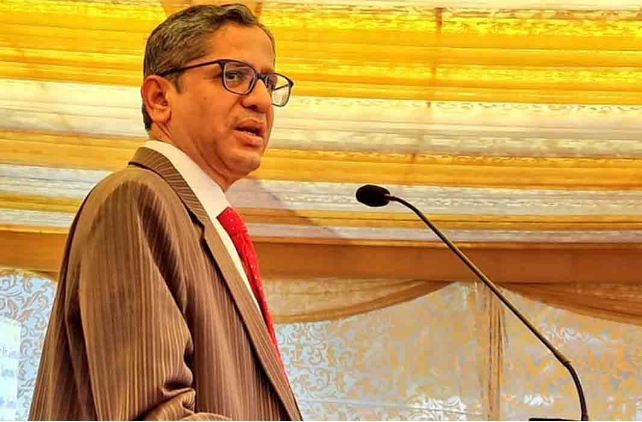 Chief Justice of India N.V. Ramana on Sunday inaugurated a symposium on diabetes at the 8th edition of Ahuja Bajaj Symposium, where the CJI talked about the awareness that needs to be addressed about diabetes.

CJI Ramana during his address to highly accomplished doctors and health professionals said that, diabetes is as old as human civilization that it has been a silent epidemic since ages and yet scientists have not found any cure of this disease, while he also appreciated the Indian scientists for finding the vaccine of covid within months.

It is believed that diabetes is a rich man’s disease, but CJI Ramana said that it’s just a myth that in the last two decades there has been a paradigm shift between the numbers of affected persons from urban to rural areas. He claimed that in rural areas most of the cases go unnoticed due to the lack of awareness and affordable health care system.

CJI Ramana explained how Covid has exposed the vulnerability of diabetes that it was one of the main comorbidities which took millions of lives across the globe and said his only wish is that a cure is found for this deadly disease.