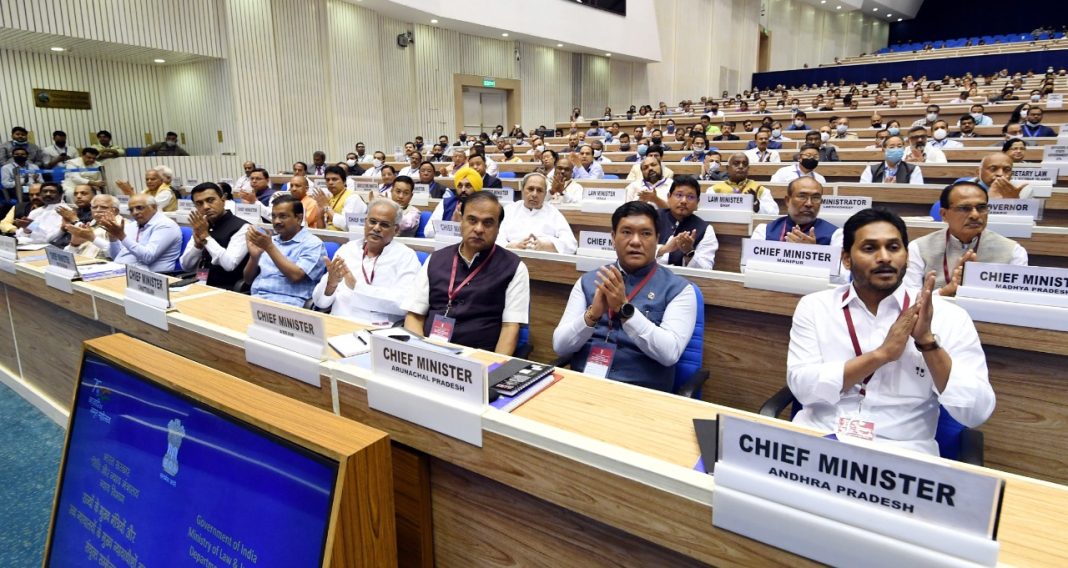 CJI Ramana placed the resolutions passed in the conference before the media.

The first resolution relates to the National Judicial Infrastructure Authority of India (NJIAI). The CJI said,

“To support the NJIAI, complementary state bodies are to be created as special purpose vehicles which will help in creation and augmentation of judicial infrastructure in the country. It was also suggested by the states that the Chief Minister’s nominee be included in state-level bodies. Most states have agreed to adopt the state-level model.”

The Chief Justice also said that there was a request by various Chief Justices and Chief Ministers that as a one-time measure, infrastructure funds should be to be given to the states by the Centre.

Also Read: No person can be forced to get vaccinated: Supreme Court

The second resolution relates to pendency. CJI Ramana said it has been resolved that effective steps should be taken to clear cases which are more than five years old. Furthermore, sanctioned strength of judicial officers for lower judiciary should be increased in a phased manner. Strength of technical manpower should also be boosted, he said.

It was also proposed that state governments should create data analyst cadre for district courts. Security should be increased for serving judicial officers and retirement benefits should be provided adequately to retired judicial personnel.

It was also resolved that internet connectivity for courts should be strengthened for courts in the North East.