India observed its Constitution Day recently. The event reaffirms the faith "We The People" place on the Constitution but many issues still cry an answer. Prof (Dr) Ranbir Singh, former vice chancellor of the National Law School, spoke to Sanjay Raman Sinha on challenges confronting the Constitution. 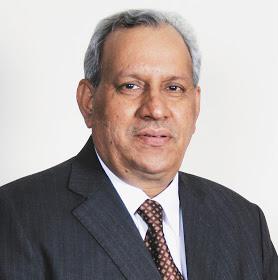 India Legal: The judiciary is criticised for judicial overreach. However, Article 142 provides discretionary power to the Supreme Court to do complete justice, and hence judicial activism maybe held valid. Yet under the doctrine of separation of powers, judicial initiative in policy matters is a breach into the Executive’s arena. How do you reconcile this inherent conflict?

Prof (Dr) Ranbir Singh: The debate on judicial activism versus judicial adventurism has been in vogue in India for the better part of nearly five decades now. On the one hand, the Supreme Court is today hailed as a protector of liberties and guarantor of freedom while on the other, the Supreme Court is criticised for venturing into the domain exclusively reserved, under our constitutional scheme, for the Executive. Nevertheless, the Supreme Court has long affirmed the view that separation of powers forms a part of the basic structure of our Constitution.

The line separating judicial activism from adventurism is a thin one. It is as Prof. S. P. Sathe notes – “a written Constitution with a bill of rights can hardly ever become so definite and certain as to let the courts function as mere slot machines.”[i] Where a law or policy which is inconsistent with the Constitution is not declared as being void, it is a direct challenge to the legitimacy of the Constitution itself.[ii] No one can question the role of the Supreme Court under the constitutional setup as a guarantor and interpreter of the Constitution itself. To this extent, the Supreme Court is justified in the interference of the sort referred to in the question.

Nevertheless, it is also true that the judiciary often oversteps its boundaries. It is as Lavanya Rajamani puts it – “judges in their activist avatar reach out to numerous parties and stake-holders, form fact finding, monitoring or policy evolution committees, and arrive at constructive solutions to the problems flagged for their attention by public spirited citizens…. Where there is a perceived ‘vacuum in governance, the Court rushes to fill it.’”[iii] These procedures have also been criticised by Anuj Bhuwania on the ground that the same constitute “radical departures from basic norms of adjudication… which never envisaged to have procedural limitations” and the same “have almost no institutional control.. except such self-control that the Court wished to exercise.”[iv]

The inherent contradictions in judicial appropriation of roles that are traditionally vested with the Executive or the Legislature can best be resolved using a two-pronged approach. The first prong should be that of self-imposed judicial restraint. Ideally, courts should not overstep its boundaries by entertaining issues which are subject matters of extensive empirical research and which require consideration of multiple perspectives – both of which may not always be readily available with the Court. The second prong must include the development of procedures that must be followed by the judiciary in exercising its power of judicial review especially under its PIL jurisdiction. Such procedures must ensure that the exercise of such power is fair, transparent and judicious.

Prof Singh: In the case of Kesavananda Bharti v. State of Kerala[v], Sikri CJ gave an illustrative list of features that qualified as a ‘Basic Structure’ of the Constitution. The list included features such as supremacy of the Constitution, separation of powers, republican and democratic forms of government, parliamentary democracy, secularism, federalism, fundamental rights, mandate to build a welfare state, unity and integrity of the nation among others. Several cases thereafter have added to the list or have interpreted existing features in novel manners to exercise the power of judicial review.[vi] It is also interesting to note Gautam Bhatia’s views on the matter that despite the basic structure being thought of as some sort of “Damocles’ Sword” by its critics, the Supreme Court has rarely used the basic structure doctrine to actually strike down constitutional amendments.[vii] In this context, the question of a clarity in definition becomes rather moot.

Being a judicial innovation, the lack of a clear and unambiguous definition in the text of the law is not surprising. Nevertheless, in my opinion, it would not be in the interest of a deliberative and inclusive democracy to have an exhaustive list of features which could be listed as a basic structure of the Constitution. The same will necessarily have to be interpreted in the social, political and constitutional contexts of the time.

IL: We have called the Republic quasi-federal. The trend towards centralism has created conflict between the Centre and the states. Are provisions in the Constitution adequate to handle this issue of Centre-state relationship? How do you see this conflict in the context of constitutional provisions?

Prof Singh: Dr B.R. Ambedkar while introducing the draft Constitution noted, “the Union at the Centre and the States at the periphery each endowed with sovereign powers to be exercised in the field assigned to them respectively by the Constitution.” The reason behind having a strong Centre with well-defined features for state governments remains the diversity in India on grounds of regionalism, linguistics, caste, religion, political aspirations etc. The states were given a large area of administration and wide discretion in decision making. At the same time, a strong Centre was required to ensure inter-state cooperation and security of national interests.

Despite the same, we have recently seen some fault lines in Centre-State relationships in the constitutional registers which may be formal in the sense of water disputes between states or demands for reservation-related amendments. Nevertheless, such fault lines can also be informal as seen in the manner in which we have seen the power dynamics between Governors and Chief Ministers play out in several states recently. In this context, there is often little that formal provisions in the Constitution can do. The words of Dr Ambedkar from his final speech in the Constituent Assembly are extremely pertinent in this regard:

…The Constitution can provide only the organs of State such as the Legislature, the Executive and the Judiciary. The factors on which the working of those organs of the State depends are the people and the political parties they will set up as their instruments to carry out their wishes and their politics.”

IL: States have used Schedule 9 to protect their political policy moves. Recently, Jharkhand announced 77 percent reservations and had asked the Centre to place this policy in the Ninth Schedule. The Schedule gives immunity from judicial review, unless it infringes the basic structure of the Constitution. How do you see this politicisation of the Ninth schedule?

Prof Singh: The genesis of the Ninth Schedule and 31B lies in the particular political context of agrarian reforms. All 13 Acts originally covered under the Ninth Schedule pertained to the abolition of zamindari and ancillary issues which were crucial to the agenda of the then government.[viii] The moral dissatisfaction of the then government with bringing an overarching provision to support such reforms can be gauged from the statement of Prime Minister Jawaharlal Nehru: “It is not with any great satisfaction or pleasure that we have produced this long schedule. We do not wish to add it for two reasons. One is that the schedule consists of a particular type of legislation, generally speaking, another type should not come in…” If the then Prime Minister thought that the list of 13 legislations initially covered by the Schedule was a long one, the fact that list today has mushroomed to over 284 legislations cannot be called anything but a travesty. The same has earned the provision a dubious distinction of being a ‘Constitutional Dustbin.’[ix]