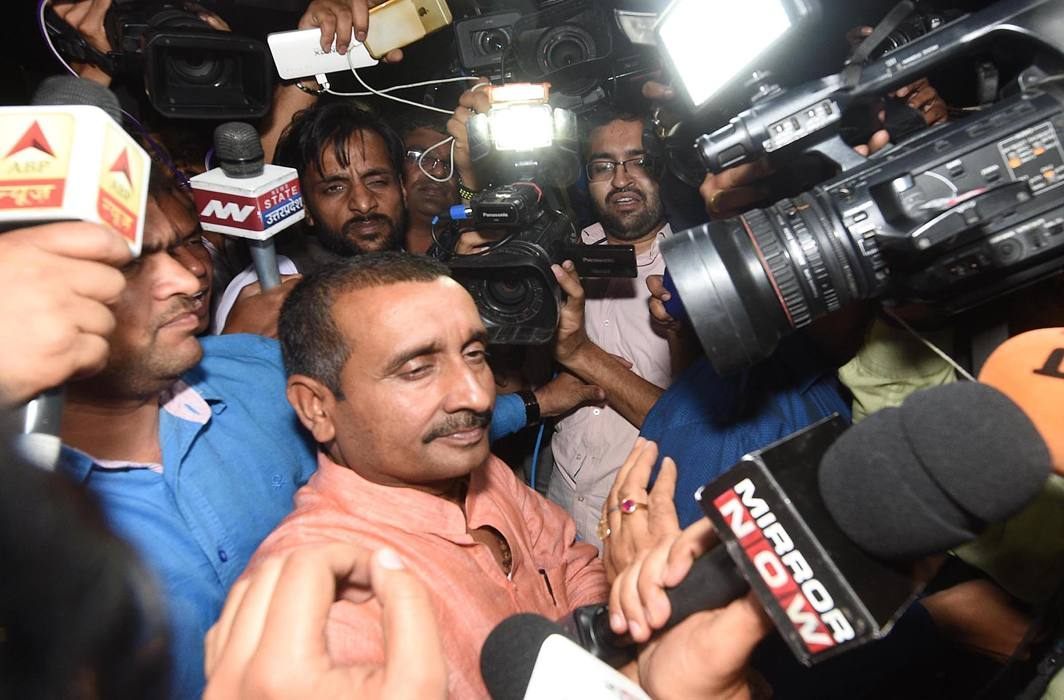 A Delhi court on Saturday deferred till March 4 the verdict in the custodial death case of Unnao rape case victim’s father in which jailed Uttar Pradesh MLA Kuldeep Singh Sengar is among the accused.

On December 20 last year, Sengar, an expelled BJP MLA, was sentenced to jail for “remainder of his natural biological life” for raping a girl in 2017.

The rape survivor’s father died in police custody on April 9, 2018.

Sengar had kidnapped and raped the victim when she was a minor.

During the trial in the death case, as many as 55 prosecution witnesses and nine defence witnesses were examined.

On the direction of the Supreme Court, the case was transferred to Delhi from a trial court in UP.

Recently, Sengar was disqualified from the membership of the UP Assembly following his conviction in the rape case.

According to a notification, Sengar, who was elected from Bangarmau constituency in Unnao, was disqualified as per the rules following his conviction by a Delhi court.

Bangarmau seat in Unnao district, which Sengar represented in the Assembly, was also declared vacant from the date pronouncement of conviction, the notification added.

Did you find apk for android? You can find new Free Android Games and apps.
Share
Facebook
Twitter
Pinterest
WhatsApp
Previous articleRajasthan High Court allows abortion of two rape victims
Next articleWhat is the procedure to evict a tenant before the expiry of a lease agreement?