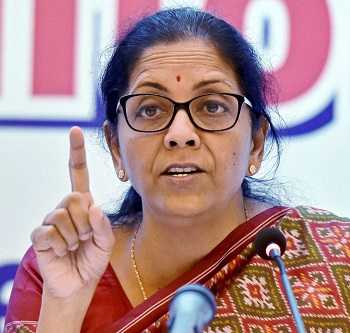 The Finance Minister Nirmala Sitharaman on Thursday announced  a relief package of Rs 1,70,000 crore aimed at protecting the poor during the ongoing COVID-19 crisis.

Addressing a press conference—–her second public interaction in three days—-, she announced the package under the “Prime Minister Garib Kalyan Scheme”. This will also include a 50 lakh rupees per person insurance cover for all the doctors, paramedics and health care workers who are trying to contain the Coronavirus outbreak.

The Finance Minister said that, “The Government has been working so that those affected directly and particularly the poor, the migrant workers, the women, the disadvantaged of the society, since the lockdown commenced will have to be reached out with tangible help and assistance.”

The Finance Minister also announced “Prime Minister Gramin Kalyan Ann Yojna” in which 80 crore poor people will get 5 kg of wheat/rice for free, over and above the 5 kg that they are getting, for the next three months. 1 kg of pulse will also be given for every household.

The FM also made the following announcements for the welfare of the people under different Yojnas and Schemes: