Upon the Commission for Air Quality Management's recommendation, the Delhi government has allowed schools to resume physical classes from Class 6 onwards from December 18, Saturday. 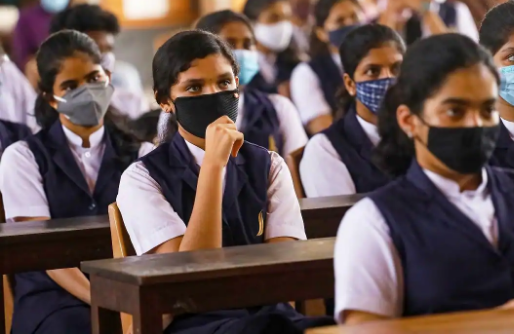 The Commission for Air Quality Management (CAQM) has advised the Delhi government and other state governments which form part of the National Capital Region to reopen the schools, colleges and educational institutes in a phased manner.

Upon the Commission for Air Quality Management’s recommendation, the Delhi government has allowed schools to resume physical classes from Class 6 onwards from December 18, Saturday.

The CAQM said in a press release that the physical classes for students up to Class 5 can begin from December 27.

The commission in its report said: “Resumption of physical classes in schools class 6 onwards, colleges, educational institutions, skill development and training institutes, other training institutes and libraries with immediate effect. Taking into consideration the submissions made and in light of improvement of Air Quality Index (AQI) of Delhi from ‘Severe’ to ‘Very Poor’ category, the commission via its direction no. 50 today directed the state governments of NCR and GNCTD allowed re-opening of schools and educational institutions in a phased manner.”

The pollution panel had submitted in the Supreme Court on Wednesday that the decision on reopening of schools and lifting of construction ban in Delhi will be taken on or before Friday.

In the wake of a hike in air pollution levels post Diwali and the Supreme Court’s heavy-handedness, the Delhi Government on December 2 announced the closure of all schools till further orders.

Moreover, the Supreme Court in its hearing on Wednesday left it to the CAQM to consider requests made by industry owners and other affected parties for a personal hearing and take their inputs. The very next day, the Apex Court asked the CAQM to come up with a permanent solution to the air pollution in Delhi NCR by inviting proposals from people and experts.