A complaint case filed before the trial court by Mahua Moitra who is a member of TMC and is an elected Member of Parliament from a constituency known as Krishangar, West Bengal whereas the accused Sudhir Chaudhary, the Editor-in-chief is a Television News Presenter, hosts the Hindi show popular as Daily News and Analysis ( DNA ). 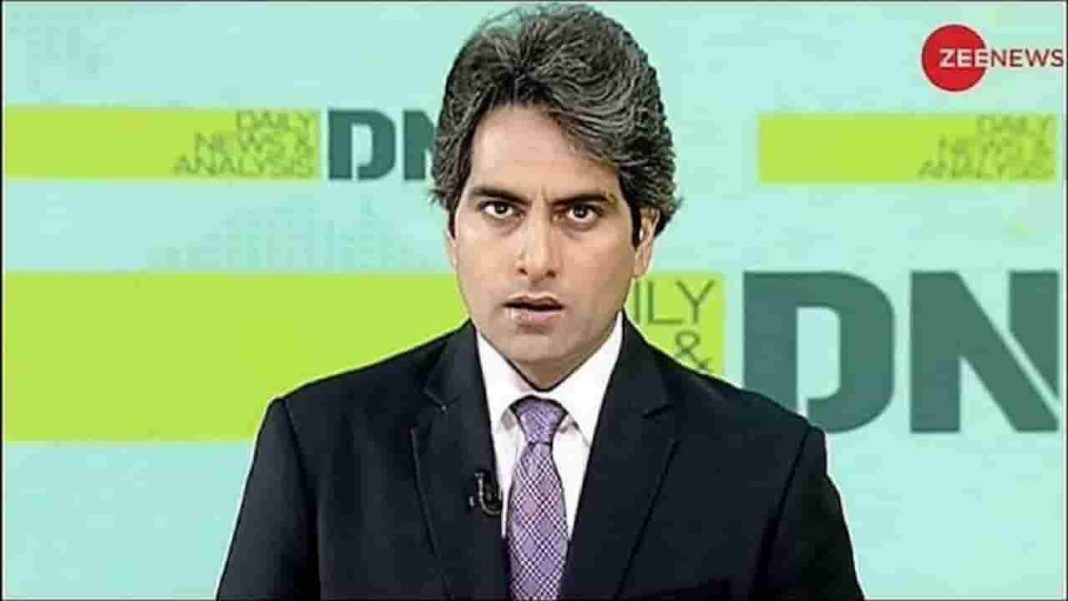 A Patiala House Court today dismissed a revision petition by Zee News Editor-in-Chief Sudhir Chaudhary against the order passed by the Metropolitan Magistrate, Patiala House Court, New Delhi, whereby the court summoned Chaudhary as an accused to face trial for the offence under Section 500 IPC.

On June 25, 2019, the complainant had delivered a speech in Parliament wherein she attempted to indicate how the ruling national dispensation had been conducting itself in a manner wherein it has brought about a situation which was contemplated by a poster in the Holocaust Museum in the USA and it contained several signs of Fascism; { (i) Superficial Nationalism, (ii) Disdain for human rights, (iii) Media control, (iv) Obsession with national security, (iv) Intertwining of religion and government, (v) Disdain for intellectuals and the arts and (vi) Erosion of independence of the electoral system }; that in her speech she elaborated and explained in detail how the seven signs of Fascism are applicable to the prevailing situation in India.

Chaudhary in his broadcast himself conceded that the speech was well-received by various sections of the public; that a number of national and international newspaper articles appreciated and published the speech in question. On the same day, the revisionist dedicated an entire segment of approximately seven minutes and fifty seconds of the prime-time show DNA on Zee News, personally attacking the complainant/R-2 bypassing defamatory comments about the complainant.

The revisionist alleged that Moitra has plagiarized her speech from an article authored by Martin Longman that appeared on American website, Washington Monthly, on 31.01.2017 titled “12 Signs of Fascism”, the revisionist referred to the article as the source from which the complainant/R-2 allegedly copied her speech. Sudhir Chaudhary put up another tweet appearing on photographs of an article of Longman with a comment in Hindi language; that after the show in question was aired, the complainant received multiple calls from her friends and well-wishers expressing their dismay, what was described as a cowardly act of plagiarism. Later on July 3, 2019, Martin Longman himself clarified in his tweet that the complainant’s speech was not plagiarized.

Therefore, the cognizance of the offence was taken and the revisionist was summoned as an accused to face trial. The said summoning order has been assailed by Sudhir Chaudhary in the revision petition.

It was argued by Chaudhary’s counsel that the order passed by the trial court is a cryptic order, passed in a mechanical manner without the application of judicial mind. It was argued that the complainant has not approached the court with clean hands and the learned magistrate has also erred in passing the summoning order without appreciating the provisions of law; that it was mandatory to conduct an inquiry under Section 202 Cr.P.C in terms of the amendment in the Act in 2005, and it is settled proposition of law that when the accused resides beyond the jurisdiction of the learned trial court, then it is mandatory on the part of the Magistrate to conduct an inquiry or investigation before summoning of the accused and no such inquiry has been done in the present matter.

It was urged that the case of the revisionist is squarely covered under the exceptions of Section 499 Cr.P.C because the essential ingredients for the commission of the offence of defamation are not made out, and there was no intention or knowledge on the part of the revisionist to defame anyone or that the act and conduct of the revisionist was not defamatory, however, the program telecast was in the interest of larger public only.

Per contra detailed reply to the revision petition was filed by the complainant which submitted that there was no illegality or impropriety or irregularity in the impugned order dated 14.11.2019, the trial court after consideration of the testimony of the complainant, her two other independent witnesses, material placed on record in the form of exhibits and after due completion of requirement of mandatory inquiry under Section 202(1) Cr.P.C has passed the well reasoned speaking summoning order qua the revisionist/accused by applying her judicial mind. It was argued that the grounds raised in the revision petition are frivolous and flimsy; the facts narrated by the revisionist are in piecemeal and twisted as per his own convenience to take its advantage. It is stated that the present petition is a gross abuse of the process of law; filed with ulterior motives and to delay the matter.

It was further urged that the order of Metropolitan Magistrate was speaking order and reliance in this regard was made on the judgment of Supreme Court in Vijay Dhanuka ( Supra ) to indicate that the requirement of inquiry as envisaged under Section 202 Cr.P.C has been met by the examination of the complainant and her witnesses. The trial court has applied judicial mind as well as has expressly discussed the position pertaining to the issue of postponement of issuance of summons and in fact, the law relied upon by the revisionist supports the case of the complainant, the Counsel for the complainant added.

Considering the arguments from both sides, Additional Sessions Judge Anil Antil observed that the primary question that arises for consideration in the present revision petition is whether the inquiry as mandated u/s 202(1) Cr.PC, incorporated vide Amendment 2005, has been duly conducted by the Metropolitan Magistrate before proceeding to summon Chaudhary, who is stated to be residing outside the jurisdiction of the trial court and the Court said yes. “The mandate of the law has been duly complied with.”

“The legal principle that flows therefrom is that the inquiry or the investigation as the case may be, is mandatory before summons are issued against the accused leaving beyond the territorial jurisdiction of the learned trial court with the intent to prevent innocent persons from harassment by unscrupulous persons from false complaint,” said the Court while relying upon the landmark judgment of Vijay Dhanuka (Supra).

It was clarified by the Court that perusal of the trial court record indicates that vide order dated 16.08.2019, the  Metropolitan Magistrate specifically states “arguments heard on the aspect of inquiry u/s 202 Cr.P.C. and on the point of summoning”. Implying thereby, learned MM was conscious of the mandate of law/inquiry as envisaged under the scheme of Section 202 Cr.P.C.

“The live telecast of the said program in television media by News Presenter Sudhir Chaudhary, Editor-in-Chief, on an Indian News Channel, Zee News in Hindi Show popularly known as Daily News and “Analysis ( DNA ) in the evening prime time from 09:00 to 10:00 p.m. is not disputed. The issue pre-dominantly rests upon the findings whether it was defamatory or not, and it can be adjudicated by the learned trial court at the stage of the trial. As highlighted by the learned Senior counsel for the respondent the URL/Links to the alleged defamatory broadcast have also been mentioned in the evidence of the complainant and pre-summoning evidence of the complainant,” the order reads in conclusion.